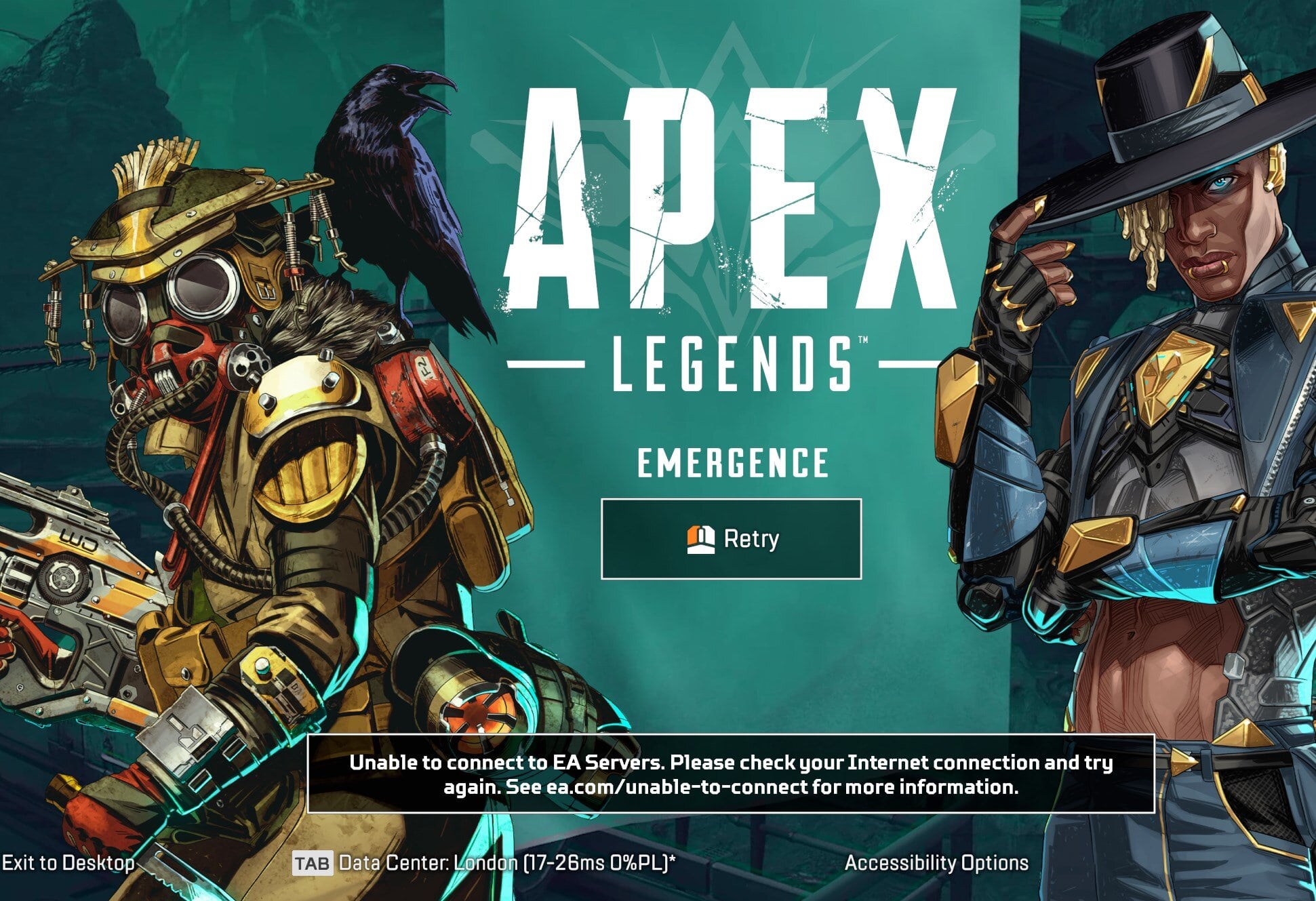 With Respawn Entertainment launching the Evolution Collection Event today, the millions of Apex Legends players around the world should be checking out the new stuff, and whatnot in order to make the most of it. Unfortunately, Apex Legends down reports are coming in that prevents players from connecting to the game’s servers.

Apex Legends Down and Connection Issues for September 14:

Update: If you’re checking this to see if there are issues with Apex Legends this September 15, there is! Head on over here to keep updated.

Update: The previously reported connectivity issues within @PlayApex have now been resolved.

Sorry folks, looks like we’re not out of the woods yet. Currently investigating connectivity issues in @PlayApex. We’ll update here with more info as we have it.

We’ll be updating the post as more info becomes available.

Update: Respawn has announced that the issue has been resolved! If it’s still happening to you, let us know down in the comments.

The issue preventing @PlayApex players from match making into a lobby has been resolved. Alright now, off you pop.

Here’s the announcement from Respawn Entertainment regarding this issue:

We're currently investigating an issue causing @playapex players to not be able to load into a lobby after updating to the 10.1 patch. Updates to come as we have them.

We’re currently investigating an issue causing @playapex players to not be able to load into a lobby after updating to the 10.1 patch. Updates to come as we have them.

That’s a bummer. We’ll be updating this post as more info surfaces, so check back regularly. It seems those who didn’t install today’s update can connect just fine. Hopefully, we’ll get a solution soon.

If you haven’t been keeping tabs, here are the new content coming in with today’s Evolution event:

You can check the complete patch notes for today right here.

Destiny 2 Newest Exotic Ager’s Scepter Is Now Out, Check Out the Trailer