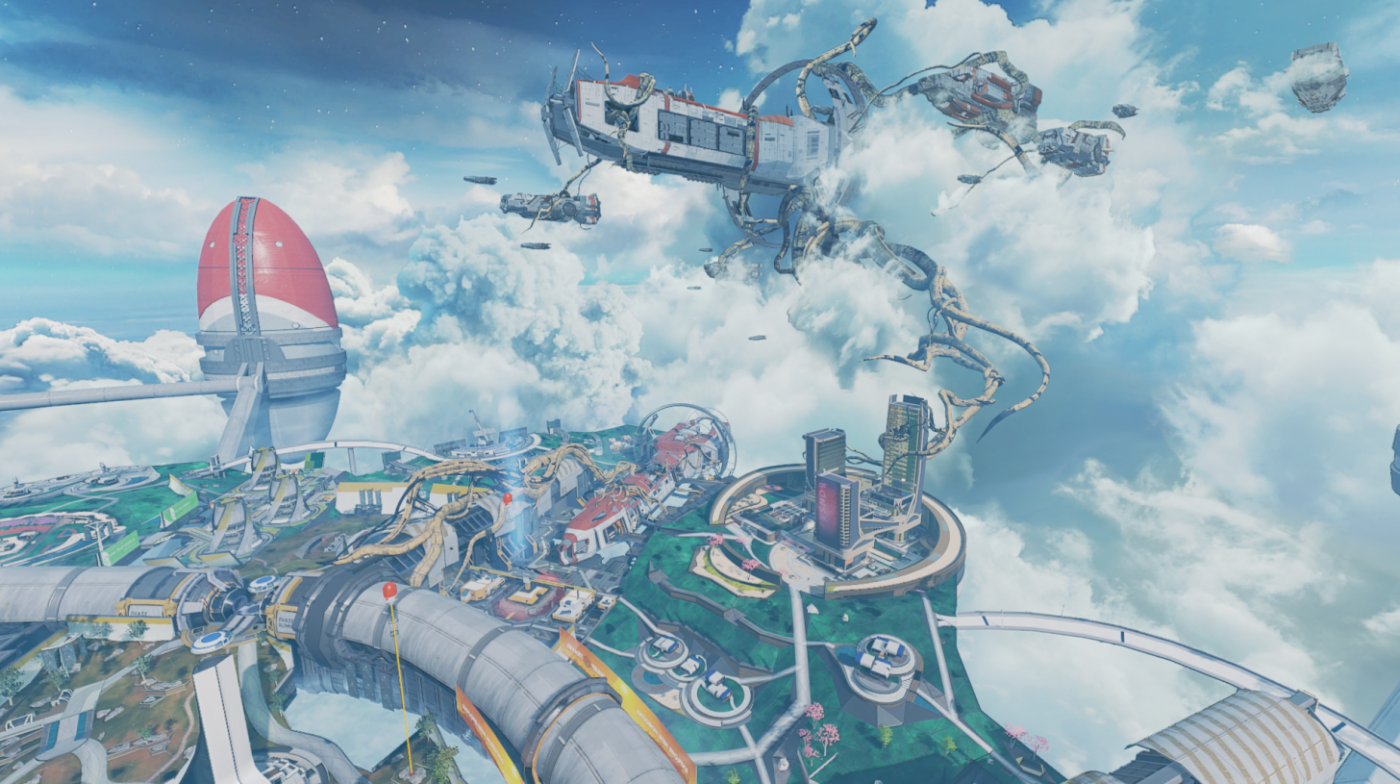 Coming in Apex Legends: Legacy this May 4, is a map revamp of Olympus! If you’re curious what changes are coming, Respawn Lead Level Designer Dave Osei has given us an Apex Legends Olympus map update breakdown.

A rogue fleet of ships from outer space has breached the atmosphere of Psamathe. Its lead vessel, The Icarus, has docked with Olympus, bringing with it a viscous, parasitic plant of unknown origin. The resulting outbreak begins to take root along the surface of Olympus and the accompanying vessels can be seen from as far away as the Docks.

Before releasing Olympus, we tested a version of the map with no redeploy balloons. At the time, we felt that Tridents were powerful rotational tools on their own, but we weren’t confident in that decision, so we left redeploy balloons in.

Now that the map has been live for a while, we feel more confident in how Tridents are being used to facilitate rotations players are taking, so we’re removing two redeploy balloons. In short, we’re doing this to push players to better plan their routes. But a change like this begs explanation, so let’s dig into the details.

The redeploy balloon outside Golden Gardens was perfect for dropping onto unsuspecting players in many zones close by, exacerbating the “third-partying issue” many players find frustrating. With the height of the zone and the position of the balloon, players could land on top of squads in Grow Towers, Energy Depot, Hammond Labs and the infamous choke at Phase Gateway Central. We believe it was too powerful of a rotation option with very few drawbacks.

While we considered simply lowering the balloon, we realized we’d have to make significant reductions in height to reduce its rotation strength, so we decided it would simply be better to remove it. Players can still move forward to the Energy Depot redeploy balloon for just as much power in rotations, but with a little more risk of entering the zone.

For comparison screenshots and more, head on over here. Check out gameplay of Apex Legends: Legacy right here, and don’t forget, once the patch for this event is out, we’ll be sure to let our readers know.