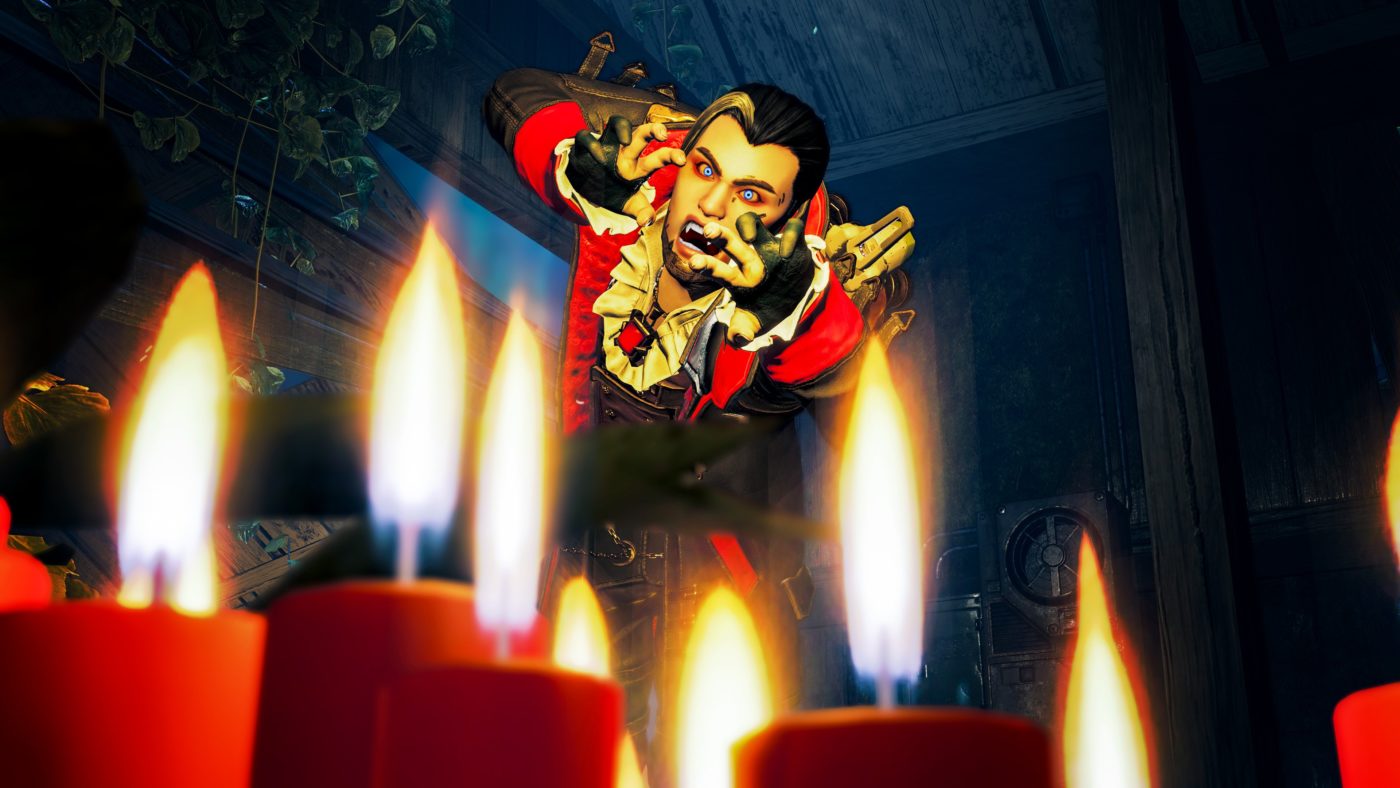 Darkness descends on Kings Canyon in Shadowfall, a warped version of the Apex games hosted by a mysterious figure.

At the start of a match, you and 34 other solo players will drop into an eerily-lit Kings Canyon and fight to the death… with a dark twist. Once you die you will respawn as an undead version of your Legend and join the powerful “Shadow Squad”.

As part of the Shadow Squad, you will lose your ability to use weapons and your legend abilities will be stripped, but in return, you will be given increased movement and jump speed, along with a brutal melee attack. You’ll also have the ability to scale walls and be given unlimited respawns via skydive.

The battle rages until there are only ten living Legends left, who must then join forces and make it to an evac ship while the Shadow Squad attempts to stop them at all costs.

During Fight or Fright, complete a variety of challenges to earn free exclusive skins, badges and music packs.

The Fight or Fright Collection Event brings another set of 24 themed, limited-time cosmetics to Apex.  We strive to give players choice in how they can obtain in-game cosmetics, so for this Event we’ve updated the ways players can unlock these premium Collection Event cosmetics.

All 24 Event-Exclusive Fight or Fright Collection Event items will be available, from day 1, via direct purchase, crafting, and Event Apex Packs.

We’ve also removed event currency from the Event Apex Packs and have replaced it with additional loot. This means that players will get more total items in each Event Apex Pack. There are also zero duplicates in these packs.  To get further into that spooky spirit, each Fight or Fright Collection Character Skin will also come with 2 themed quips.

As always, we appreciate all of your support and feedback. Can’t wait to see you on the Frontier!

What is the availability of Event items?

Is the Lifeline Heirloom Set available in any pack type during the Fight or Fright Collection Event?

When do Apex Pack openings count towards an Heirloom Set?

Apex Pack openings only count toward the 500 pack Bonus Heirloom Set opening limit when there are eligible Heirloom Sets available in the Apex Pack bonus pool.

If there are any balance changes included, we’ll update the post.