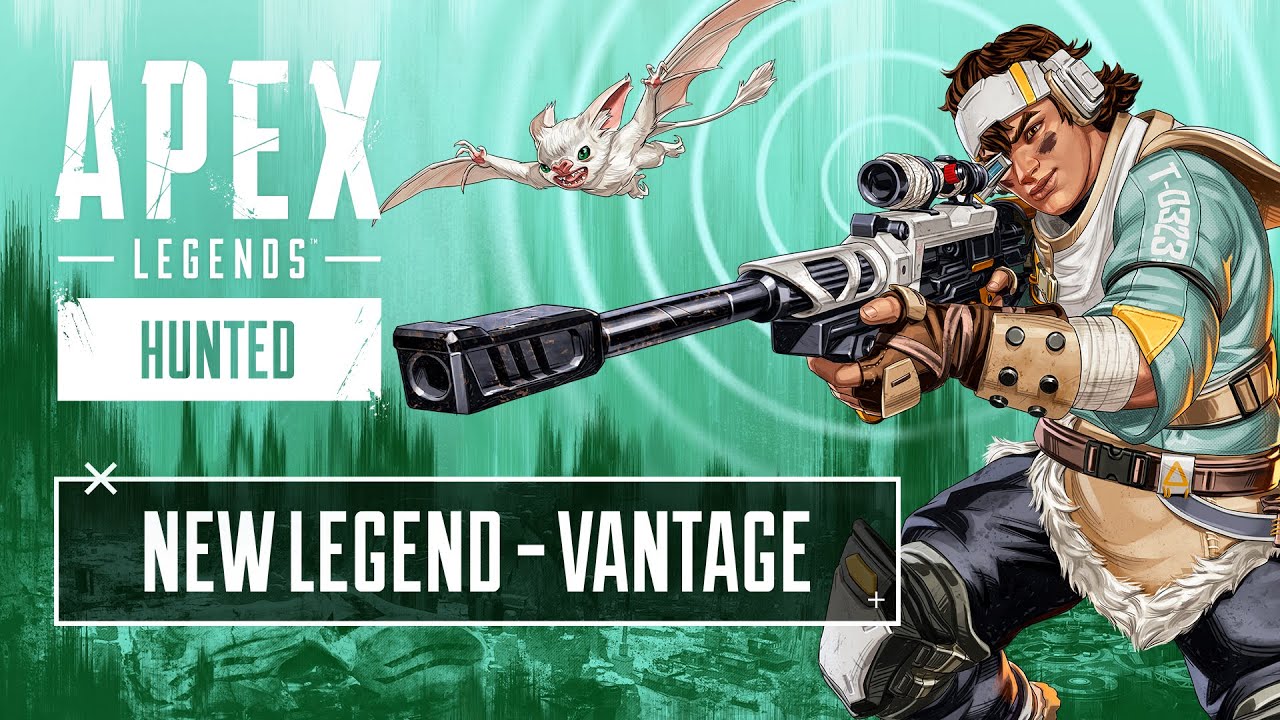 Those looking forward to Apex Legends‘ “Hunted” season to start to play with the newest incoming legend Vantage, here’s a gameplay look at the character’s abilities in action! Respawn has released a character trailer for Vantage, and we have the Apex Legends Vantage abilities listed below as well.

Here’s a backstory and profile of the character:

Sniper Savant
Xiomara “Mara” Contreras was born and raised alone on the wild ice planet Págos by her survivalist mother, Xenia. Mara proved gifted with a sniper rifle from the moment she was big enough to look through the scope and reach the trigger at the same time. The tight-lipped Xenia could only get her chatty daughter to stop asking questions by giving her a scavenged copy of Encyclopedia Outlandica, which Mara memorized front to back.

When Mara was 18, she discovered the wreck of the G.D.S. Vantage. Against her mother’s wishes, Mara snuck in, only to learn that she had been lied to. Her mother hadn’t grown up on Págos: she was brought there on the G.D.S. Vantage as a prisoner. Disturbed by the intrusion, the ship collapsed into a crevasse, trapping a wounded Mara. Her mother only found her after a baby bat Mara had rescued circled the crevasse holding Mara’s signature whistle. By the time Xenia got to her daughter, the injuries were too severe for her to treat.To save her daughter’s life, Xenia set off the prison ship’s SOS beacon, but was imprisoned once more in return.

Once Mara had healed, she visited her mother in jail, promising to find a way to get her out. But Xenia begged Mara not to, fearful that Mara would wind up in prison beside her. It would break her heart to see her daughter share her fate, so Xenia told her daughter to get back to Págos and forget about her.

But Mara would not. At a loss for what to do, unable to return to her planet, and unable to fit into society, Mara’s eye turned to the Apex Games. In it, she saw a situation she understood–survival–and a platform to draw public attention to Xenia’s case. With raised awareness of her wrongful conviction, she took the moniker Vantage to rally support and pressure those in power to set her mother free.