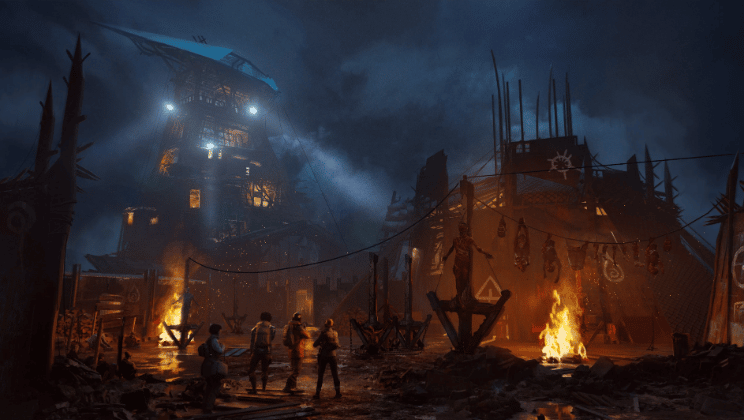 For those who already ran through Back 4 Blood’s Tunnels of Terror DLC (released earlier this year), Turtle Rock Studios is close to releasing info abou the Back 4 Blood Expansion 2 release date and details!

Over on Twitter, the official Back 4 Blood Twitter account teased that the devs would love to confirm the release date for Expansion 2, and how it’s an “exciting update.”

We'd love to confirm the release date for our Expansion 2, but we need a bit more time. It's an exciting update and we're so pumped, it's been like a cult around these parts – some of us are so giddy that we Act like we're 5.

Stay tuned and thanks for the continued support! pic.twitter.com/MGA0jZbFLr

As you can plainly see, the devs are hinting that a cult will be part of it, and how it’ll be part of the game’s Act 5. In addition to the upcoming DLC, Turtle Rock Studios also unveiled a look at some of the new cards incoming to the game!

If you're going to go out with a bang, make sure you do so in style. New deck cards, heading your way! pic.twitter.com/wcC5IxUNvK

Speaking of cards, the latest title update for the game brings the Full Deck Draw feature into the shooter.

If you haven’t bought Back 4 Blood yet, go check out our review where we gave it a healthy 8.5/10 score. Our reviewer Sean Mesler had this to say about the game, “It’s unfortunate that Back 4 Blood does lack some of the personality of Left 4 Dead but I can safely say that Back 4 Blood is nearly everything I wanted in a Left 4 Dead 3 and then some. Hopefully, over time, Turtle Rock will be able to fix the issues that are present and maybe add in more harrowing Infected, erm, Ridden.”

The Riftbreaker Update 1.000.017 Breaks Out for World Expansion Update This July 18