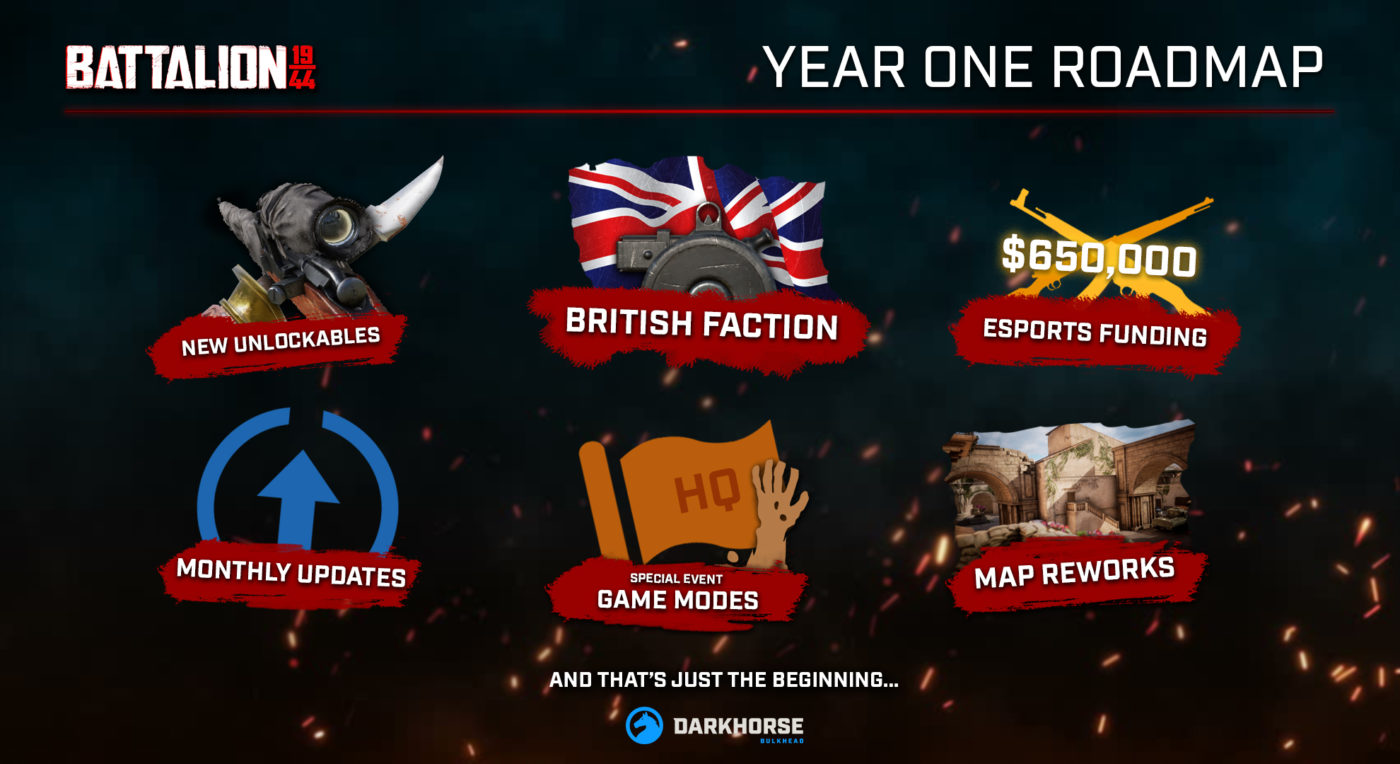 In a press release, publisher Square Enix has revealed some of the stuff Bulkhead Interactive has planned for its shooter, Battalion 1944. Before you read on about the Battalion 1994 roadmap, note that there will be a double XP weekend this coming Friday to celebrate the next update and release of the roadmap.

Check out below for the full, 12-month Battalion 1944 roadmap:

The purpose of the following roadmap breakdown is not to announce tiny specific details – instead we’re here with a snapshot overview of what can be expected within this next year of Battalion 1944’s post release development with weekly, monthly and seasonal updates as well as a huge content release at the end of Year 1’s development.

If you’re playing the shooter, let us know how it’s faring out so far.

PS4 Firmware 7.00 Beta Invites Are Being Sent Out and Here’s What’s Being Tested