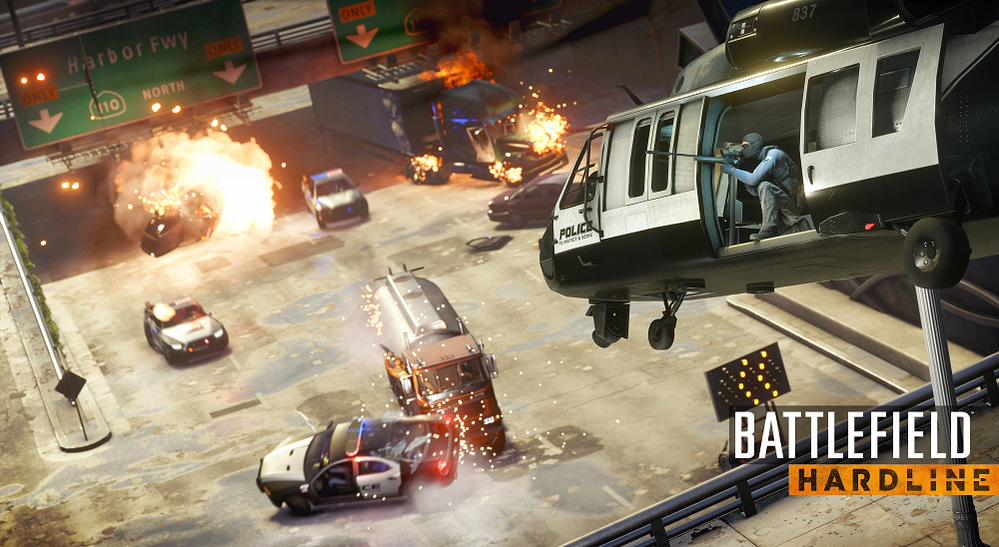 A recent analysis of the Battlefield Hardline Beta on Xbox One and PlayStation 4 has determined that the game is in fact running at a 720p and 900p native resolution, respectively.

While it’s not expected that either version will see an increase in resolution by launch, performance enhancements are certainly a possibility. Already, Digital Foundry‘s tests have noted a significant boost in performance since last year’s E3 beta, which happened to dip below 40 frames per second at times.

With the exception of Hardline’s Dust Bowl map played on 64-player Conquest, frame rates remain a solid 60fps throughout.

“It’s only when returning to Battlefield’s classic 64-player Conquest Large mode that familiar problems begin to crop up,” writes Digital Foundry. “Jumping into a full scale battle across the game’s new Dust Bowl map – closest in scale to Battlefield 4’s larger stages – demonstrates plenty of performance hitches and dips on both consoles, more noticeable on Xbox One but still an issue on PlayStation 4. The prolific use of alpha transparency effects appears to contribute to the issues, but on top of that, it seems that the increased player count causes its own impact to frame-rate too – perhaps because of the increased CPU load.”

Only very minor frame rate hiccups were noticed on a Core i5 3570K/GTX 780 test rig running at the game’s highest settings, though EA’s i7 4770K/GTX 980 set-up seemed to fair better.

“The vector ribbon technique involves drawing these elements in 2D, completely solving the issue and producing no visible aliasing whatsoever – as you can see in Grand Theft Auto 5 and indeed EA’s own Need for Speed: Hot Pursuit,” says Digital Foundry. “Hardline’s image quality is further compromised by sub-par anisotropic filtering, which leaves detailed textures looking a bit muddy at a distance – the same issue seen in Battlefield 4.”

Earlier, EA was noted for stating that Battlefield Hardline will aim to use similar frame rate and resolution settings found in Battlefield 4.

What’s your take? Are you disappointed Hardline doesn’t offer very many visual improvements over DICE’s Battlefield 4, or are you having too much fun to care?