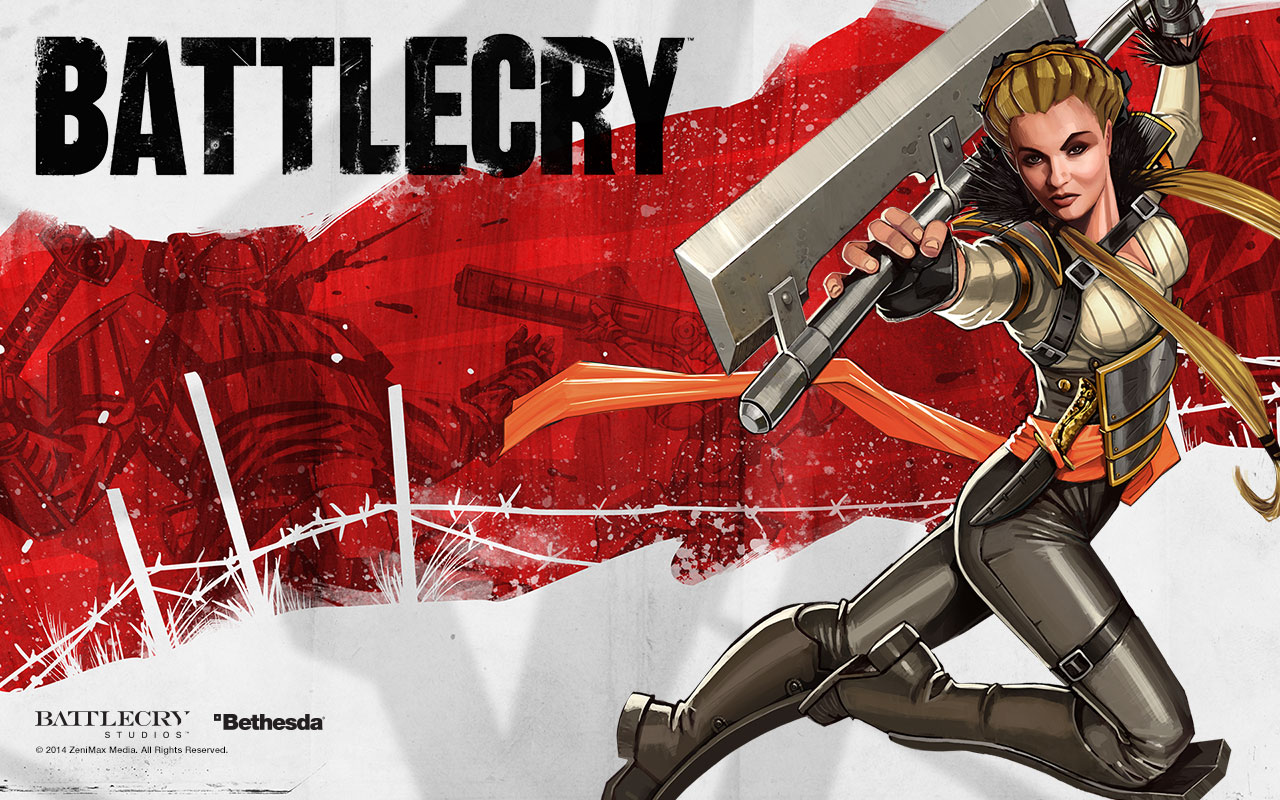 According to the game’s introduction, players will “Take on the role of an elite warrior and engage in brutal, high-action, 32-player battles in a variety of gameplay modes,” set in a bold and expressive world envisioned by Viktor Antonov (Half-Life 2, Dishonored).

“Responsive, smooth controls unleash violent, high-impact, and stunning combo attacks previously reserved for modern brawlers. Dynamic movement allows you to seamlessly grapple, evade and mantle to quickly cover distances and evade the other team. Engage in combat and use the game’s Adrenaline system to unlock special powers for a short time or conserve Adrenaline to unleash your lethal Ultimate ability when the time is right. In BATTLECRY, your skill, timing, and teamwork create a diverse gameplay experience.”

Players will choose a faction and progress through ranks, unlocking new abilities. You’ll be able to utilize “transformative” melee and ranged weapons that “harness iron and energy and eviscerate your opponents with swords that transform into shields, bows that can punch an arrow straight through an armored skull or electrocute your foes with high powered blades crackling with electro-static energy.”

It sounds a bit all over the place, but it also sounds pretty fun. We recommend you check out the announcement trailer above and tell us your opinion in the comment section below.

BattleCry will be playable at E3 2014, but you can find out more about the game now by visiting the official website.