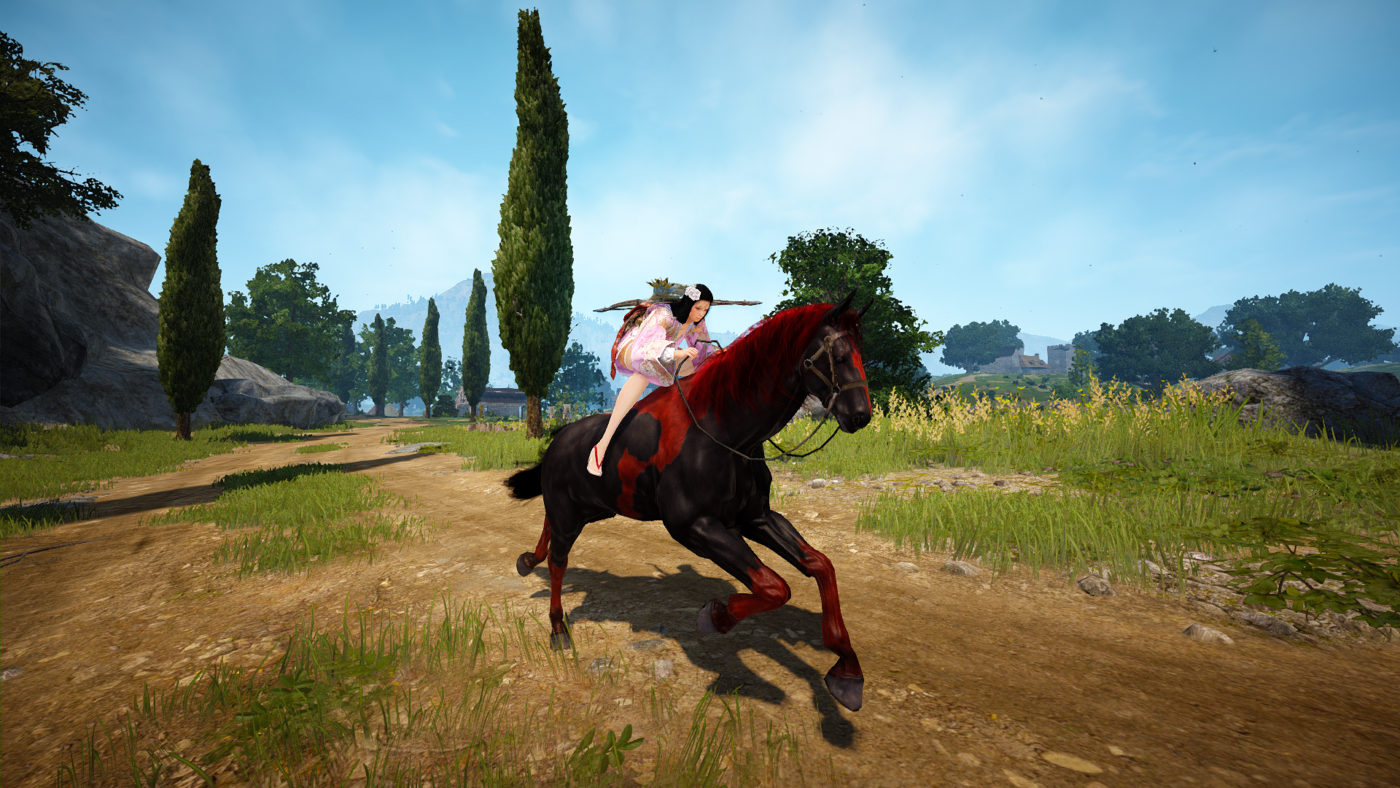 There is a visual issue where selling Pearl Shop items reduces the count of the Old Moon Trade Pass. The trade pass is not consumed, and will be visible the next time you enter the Central Market
– This issue will be fixed in the next update.

There is a known issue where the number of Guild Members is incorrectly displayed on the Guild Information and Guild Member Status pages when you go to a platform specific server. It will only display the guild members that share your platform.

There is an issue where in certain circumstances, you cannot enter your residence.

There is an issue where certain horse costumes do not appear properly when mounts are connected to a wagon.

There is an issue where during node wars, it is currently not possible to utilize the two seater function on a horse with the skill available.

It has been a long time coming, but Tier 8 horses are finally descending upon Black Desert. Tier 8 horses are stronger and faster than their lower tiered counter parts, and also have access to special S tier skills which can only be obtained by Tier 8 horses. With the introduction of Tier 8 horses, the Courser system will also be introduced. Tier 5 horses will now be found in the wild, and the overall breeding chances of horses will increase.

Tier 8 horses can be obtained through Horse Breeding and Horse Exchange. Tier 8 horses generally have better stats than their counterparts, and Tier 8 horses also have the ability to learn the following Tier 8 exclusive horse skills:

You can obtain a Tier 8 horse in the following ways:

1. Horse Breeding –You will need a Male horse and a Female horse in a stable that allows breeding. Make sure that both horses have a breed count above 0, and ensure that they are fully recovered. Register the male horse, and select “Show only Me” in the window so that your listing is private. Once he is listed, select your female horse then select the Breeding Market option, My horse list and find your male horse. Once a baby horse is ready to be collected, select the female horse and press ‘Receive Foal’. With Horse Breeding, both Male and Female horses will remain, and the new foal will join them in the stable. The breedable counts on the Male and Female horse will lose 1 count.

2. Exchange – Exchange allows you to put a Male and Female Horse together, and both parents will be consumed in the birth of the Foal. This is a good option if the breed count is already at 0.

Horses can become Coursers if they have specific skills at certain tiers. Once a courser has been made, their value will be 360% of their normal counterparts for the breeding market, horse market place AND Imperial Horse Delivery. When a horse is considered a courser, the horse icon in the stable menu will turn gold, whereas normal horses have a silver colored icon.

But coursers are not just a valuable silver asset, they also have benefits when Horse Breeding. Breeding two coursers together guarantees that the foal will have two skills upon birth, which is a huge step in the right direction of obtaining another courser. Breeding a Courser with a non-Courser will give you a chance of obtaining a foal with two skills, however this is not guaranteed and it is recommended to breed with other coursers to get the full value of the horse. Exchanging courser parents will always result in a goal with one skill.

To become a Courser, a horse must have the following set of skills at different tiers:

As far as we’re aware, that’s it for this Black Desert Online patch. If Pearl Abyss releases a more detailed patch notes list, we’ll be sure to update the post.