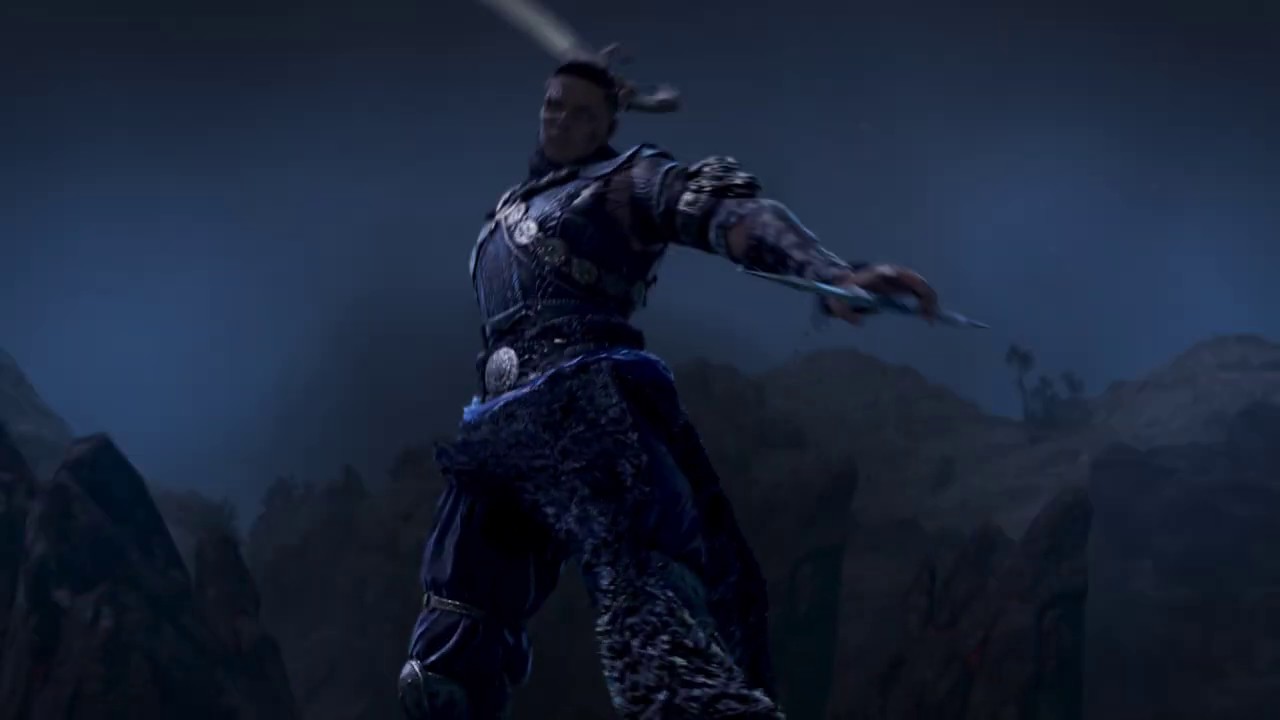 Tapping into the powers of Hadum, the Hashashin awakens. Although many would be consumed by the dark god’s powers, the Hashashin’s faith in Aal makes him impervious to those dark urges, allowing him to wield the powers of both Aal and Ibedor, the serpent’s shadow. Find out more about how the Hashashin overcame and eventually consumed these powers in the GM Note: LINKTOGMNOTE

To awaken your Hashashin, you must first reach level 56. Once you are level 56, talk to the Black Spirit in order to pick up the quest ‘NAMEOFQUESTHEREFAM’.

A whisper among horse trainers around the world speak of a horse with such grace that it seems to literally walk on air. Others speak of a legendary horse with wings, that can take flight with elegance and grace. Those stories seem to be true as the Arduanatt dream horse can now be obtained in game.

In order to attempt the transformation of a horse into the legendary Arduanatt, you will first need to obtain a Tier 8 courser at level 30. You will then need to use materials in order to train certain characteristics in the horse, and when it has 200% training in a characteristic, enhancement can take place.

Dream Horses can learn skills that no other horse can dream to obtain. The following skills are exclusive to Dream Horses.

Arduanatt will also learn the following skills unique to this type of dream horse:

To find out more about Arduanatt and how to obtain one, check out the GM Notes here: ARDUGMLINK

With this update, we are bringing the Arena of Arsha to Black Desert. This mode allows Guild Leaders to create tournaments, and recruit the brightest and best fighters to compete in a structured combat setting. The Arena of Arsha allows the organizers of tournaments access to certain rule sets such as 1v1, 3v3 and more! You can find out more in the GM Note available here:

Unlike your standard characters, Trial Characters will start at level 60 with 4000 skill points, and will be spawned in the Battle Arena. These characters are intended to try out different classes and improve your current skills in a PvP setting, and as such they will be able to fight in the Battle Arena, Red Battlefield and the Arena of Arsha.

When you create your Trial Character, you will start off in the Battle Arena, and the following items will be waiting for you in your inventory:

To make actual use of your trial character in a PvP setting, you’re going to need gear. Trial Characters have access to the NPC Haz, who sells a wide variety of weapons and accessories for trial characters to equip and use. Although this gear cannot be enhanced, the quality of the weapons is exceptionally high, and as such you will be competitive in modes such as Red Battlefield.

All the items that Haz sells are available to purchase for 1 silver, which also includes buff items such as Cron Meals, Perfume of Courage and more!

Please note that Hashashin is currently unable to be used as a Trial Character.

Stonetail Horse Ranch is at the cutting edge of horse technology, and after working with Kamasylvian blacksmiths they have been able to create a new breed of horse equipment. The Granverre horse set is a set of blue grade gear that can be put on Camels and Horses and can be enhanced to further increase their effectiveness!

In order to craft this gear, you will need to have Stonetail Horse Ranch House 3, purchasing the Horse Gear Workshop and upgrade it to its maximum level to begin the crafting process.

But the research doesn’t end there. Miniature Elephants are also receiving some upgraded gear. The Muzika gear set is now available for Miniature Elephants, and these items need to be crafted at the Stonetail Horse Ranch House 3 Horse Gear Workshop.

This update includes a round of balancing for Hashashin, and some changes to a few other classes.

● Dream of Doom: You can no longer hold X/■ to cast Crow Flare immediately after releasing Dream of Doom. You will now have to enter the command again.

● Fixed an issue where Heilang would move strangely after using a Roaring skill while it is on cooldown while the ‘Heilang: Berserk’ buff was in effect.

● Fixed an issue where the icon for Ultimate: Blitz Stab appeared as if it were an icon for a Black Spirit’s Rage skill.

● Ultimate: Sand Warp – Description of the skill has been changed to match the actual effect.

● Black Spirit: Absolute: Descent – Description of the skill has been changed to match the actual effect.

● Ridge Reaver I~IV, Absolute – While using this skill while riding a mount, the actual number of hits has been corrected in the skill description.

● Sand Warp – The skill animation and effects have been improved to link closer together.

● When using Black Spirit’s Training, the size of the effects from the skills used has been adjusted.

● Haladie Assault I~IV, Absolute – Skill has been changed so that you can recover Stamina during the skill.

● Sand Slicer I~III, Absolute – Removed the ‘Damage reduced in cooldown’ phrase from the description of the skill.

● Sand Warp – Improved the skill preview of the skill.

● Fixed and issue where the Rupture skill was activated when using the below skills as a combo after Shadow Splitter.

● Fixed an issue where when switching from combat to non-combat stances would cause the weapons to appear abnormally.

● Purge I~VI, Absolute Purge – Fixed an issue where the float in the skill was not applied at a certain distance.

● Certain functional outfit boxes (I,e Canape) have had their descriptions improved to include the effect sets cannot be shared with other outfits.

● Cleaned up the text of pets so that phrases do not overlap with each other.

● The Archaeologist’s Map has been improved so that the return function can be used even when changing or switching characters.

● Added a confirmation screen to discount coupons that apply to all categories.

● Improved the Pet Details to include the ‘Distant Item Pick-up Possible’ skill to the Long-tailed Rosefinch. Previously, this information was available in the Pearl Shop, but not on the pet’s description.

● Fixed an issue where the button for returning rented gloves did not appear when you rented Kaia Armor and Kaia Gloves with Contribution Points at the same time.

● Changed the description of ‘Rich Merchant’s Ring’ and ‘Old Moon Trade Pass’ to include the fact these items do not affect Pearl Shop Items sold on the Central Market.

The Kalis Parliament have followed in the footsteps of the Nesser Royal family and are awarding large amount of experience for certain heroic feats completed on their soil. For those who complete the Calpheon quests ‘The Ritual’ and ‘[Boss] Witch-Hunting’ after this update will receive a larger amount of EXP than before.

We have also fixed the issue where the Tuvula Awakening Weapon box was incorrectly given as an award for completing awakening quests. For those who received these rewards, we will be deleting the item and sending you 100,000 silver to your mailbox after the update. The 100,000 silver is the amount of silver that you would receive if you sold the weapon.

For those who have already deleted the Tuvula Weapon box, you will still receive the 100,000 silver in your mail.

Yona’s Fragments have been added as a reward for the following quests in Valencia.

These quests are available once per family.

● The ‘Trina’s Will’ buff that is given for completing ‘Basic Treatment of Prisoners’ has been reduced from 1 hour to 5 minutes.

● Changed the Cursed Chest quest from ‘[I] The Mediahn Royals of the Past’ to ‘Relieving the Darkness’ in the Quest List.

● You can now gain knowledge of Jensen through dialogue.

● Removed mentions of Dim Magical gear from the quest summaries of ‘Looking for Adventurers’ and ‘A Disaster Foretold’.

● Changed the way the Wounded Delphe Knight follows you during the ‘Operation Breakthrough’ quest to be more natural.

● The quest ‘A Dragon Born from the Stream’ has been changed so that it will now complete in Calpheon Market, and not Port Epheria.

● The ‘Blooming Death’ quest will now lead you to the entrance of Khuruto Cave.

● ‘The Story of the Hero Borne Upon the Winds’ quest will now give a 3-minute movement speed buff.

Sailing ranks will now be displayed on the Rankings page for all to see. Level up your Sailing today, and enjoy the fame that comes with being Rank 1 on your server! And for PlayStation 4 users, you will now be able to see all the details of the ranking menu as it has been fully implemented with this update.

● A new animation effect will be shown when hitting TET (IV) and PEN (V).

● The alert for Offin Tet has been modified.

● Modified the appearance of the crossroads menus.

● Fixed an issue where the item description window would remain after using boats and other mounts.

● A button has been added that will allow you to unlock gear while in the enhancement window.

● The Assemble! Icon has been changed.

● Fixed an issue where the skill description for ‘Chain Lightning’ (Witch, Wizard) was missing the shock effect description.

● Fixed an issue where the Sorceress’ ‘Epheria Marine’ outfit would display incorrectly.

● Fixed an issue with the Archer ‘El Pento’ where animation would not show correctly.

● Modified certain pet effects on the Pearl Store to reflect the actual effect of the pet.

● Fixed an issue where you could buy a specific trade item if you had the exact amount of silver in your inventory.

● Fixed an issue where certain quests would incorrectly show as unaccepted.

● Fixed an issue where you could not see swimsuits in certain towns and villages.

● Fixed an issue where in certain situations, an incorrect value would be shown when exchanging horses in the stable.

● A new function has been added that will automatically hide other adventurers when you have been auto-pathing on a mount for more than one hour.

That’s quite a lot of stuff! Once we get wind of the next title update, we’ll let our readers know.

Top 5 Popular Games That Have Been Developed in Finland