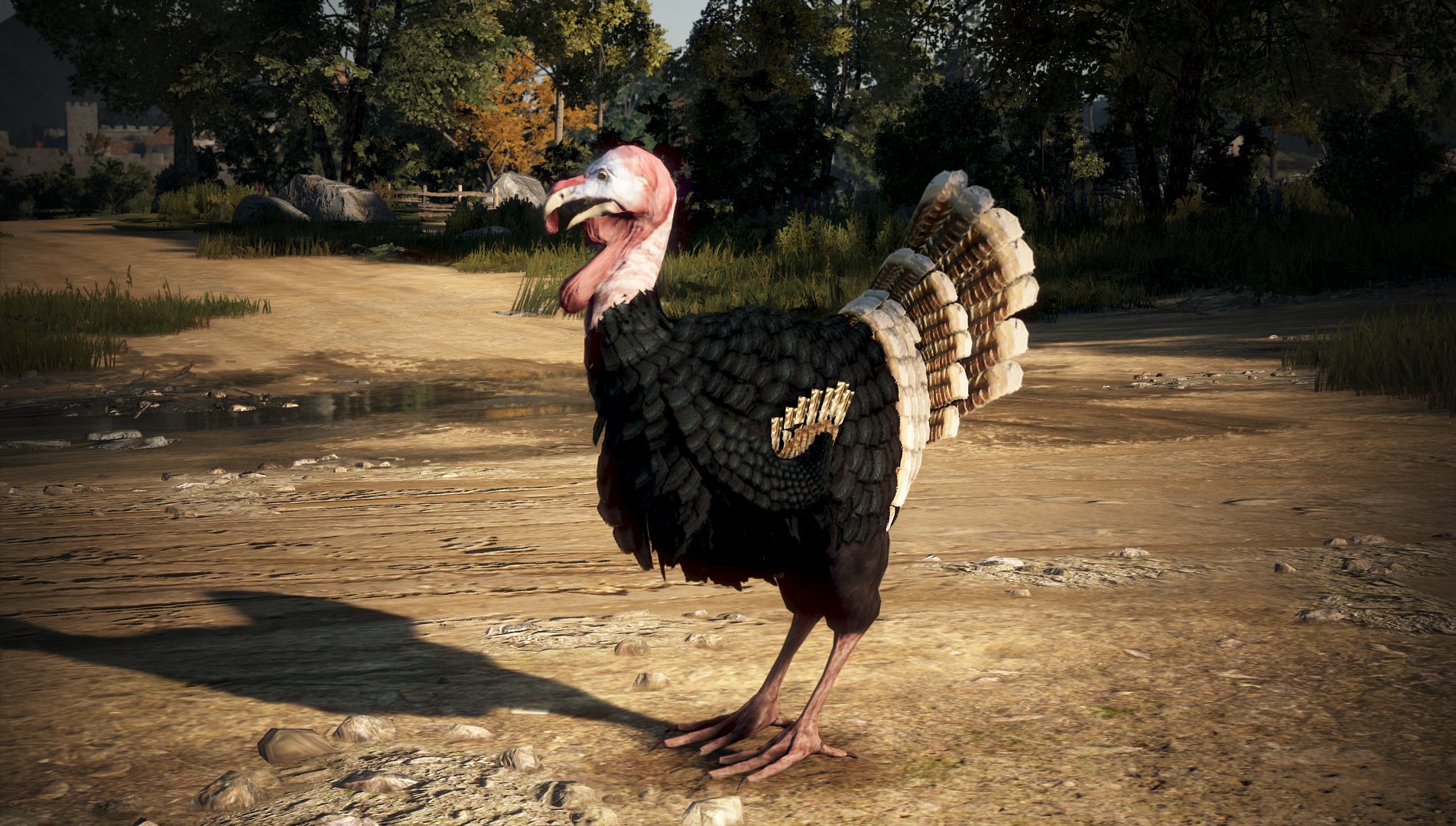 Pearl Abyss has released the Black Desert Online update 2.09 patch this November 24,and this one is for some gameplay changes, new features and other fixes. Head down below for the complete patch notes.

● A “Save Custom Colors” feature will be added to the Color Palette in the Dye and Beauty Album windows.
● Desert sicknesses (Heatstroke and Hypothermia) will appear while traversing the desert of the Valencia region, and the health of sailors will change to deteriorate while they are out sailing and exploring.

● Quadrupled the time granted to loot the Mole that appears from Farming.

● Selecting ‘Revive at closest town’ in Atoraxxion will now revive you in Velia.

● Improved the system message to display the family name of the Adventurer that destroyed the fort/command post/field HQ during Node/Conquest War.

● Improved to be able to resurrect without going to the loading screen when you die within a certain vicinity of the fort/command post/field HQ during Node/Conquest War.

– When resurrecting without going to the loading screen, the character will be invincible for 5 sec.

● Added the max Special Evasion limit to the Node/Conquest Wars that have Stat Limits.

– ‘Special Evasion’ is a stat that allows your character to evade Critical Hit, Back Attack, Down Attack, and Air Attack damage.

– The Special Evasion stat limits are as follows for each of the Node/Conquest Wars:

● Changed the reward received upon becoming a Lord of a Territory and achieving victory in Conquest Wars via the points system.

– Glorious Victor Reward will be awarded to guilds that win the Conquest War by destroying all enemy forts before the end of Conquest War.

– the Burning Spirit Victor Reward will be awarded to guilds that win the Conquest War by the amount of points they have at the end.

Therefore the compensation for destroying all other guilds and winning through the points system are as follows.

※ In the event of a total victory for one guild, where all other forts are destroyed, the ‘Fighting Spirit Reward’ will be given to all losing guilds regardless of the duration of the Conquest War and points earned.

※ Rewards are distributed in this manner only when more than one Guild remains at the end of the time limit for Conquest War.

– This UI will show when trying to equip items that cannot be used by Season Characters.

● The number of skills that display on the Mount Information UI in the stable has been modified.

● The World Map Key Guide has been modified from ‘Navigate’ to ‘Navigate/Cancel’.

● Added the UI that allows you to recruit party/platoon members from within the guild easier.

– You can create a party/platoon through the Guild window by clicking on the Party/Platoon Recruitment button.

– The created party/platoon will only be displayed to your guild members.

● Added a Camera Settings interface to make it easier to adjust the camera location and distance when modifying the camera settings. 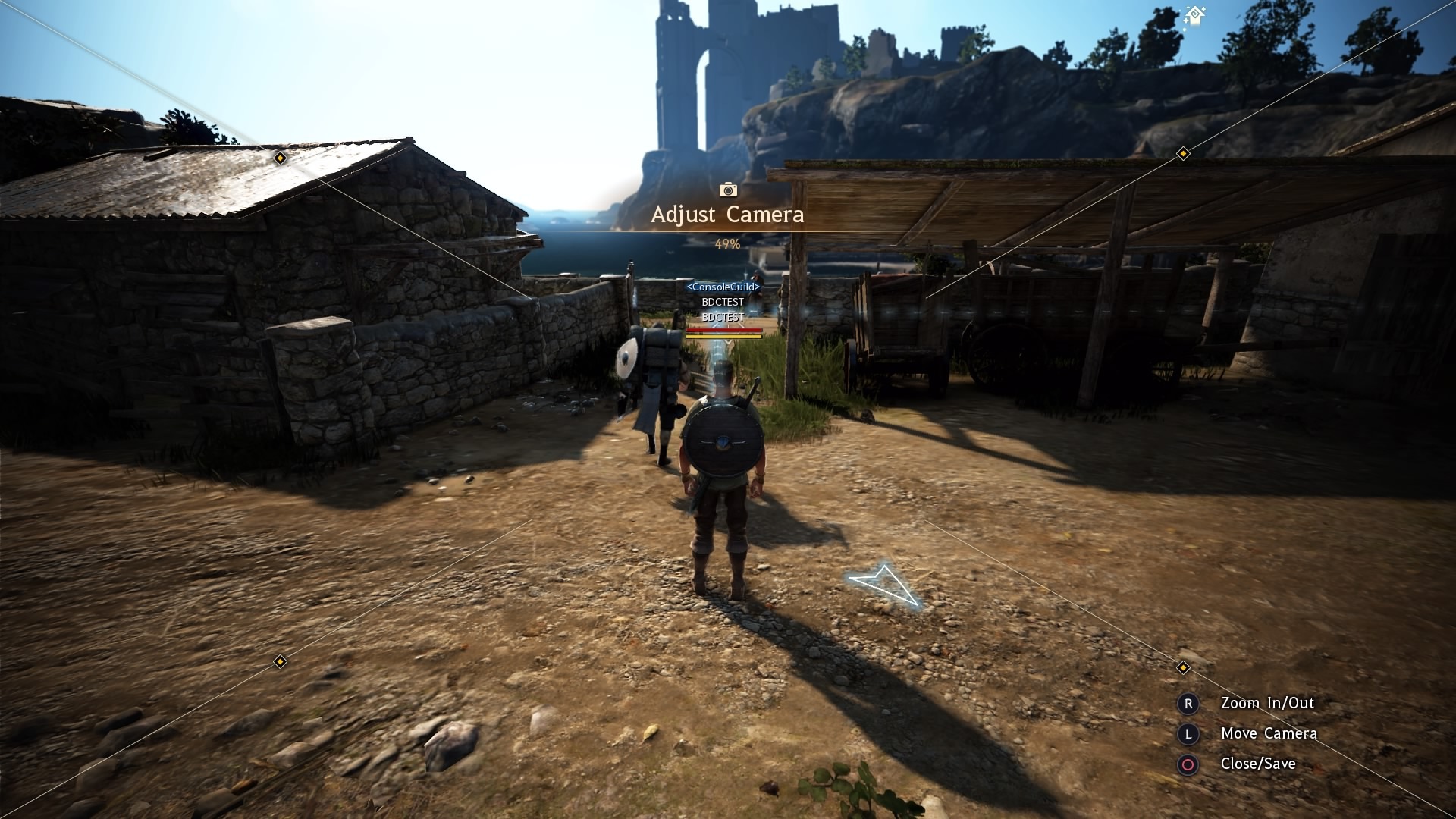 ● Added the Login Reward Notification UI to appear when you first login to the game to clearly show what items you are getting on that day. 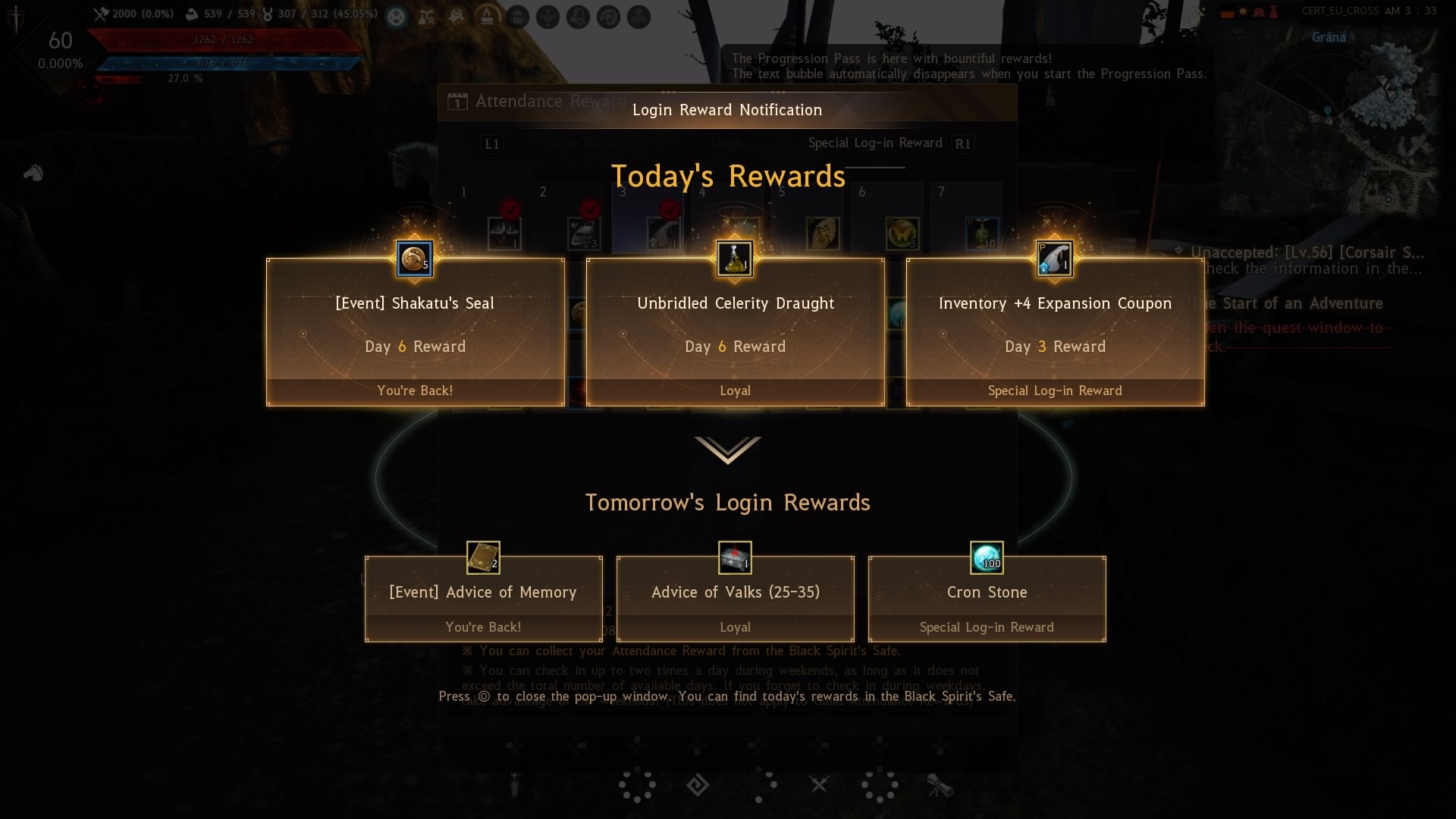 ● Grim Reaper’s Judgment – Fixed the issue where the skill could be used without going on cooldown in certain situations.

● Changed so that Forward Guard will not be applied when moving backwards with no Guard Gauge.

– Therefore, the guard breaking motion will no longer be displayed when moving backwards with no Guard Gauge.

● Aal’s Protection – Changed to be no longer usable with no Guard Gauge.

– Therefore, you will need to recover Guard Gauge before being able to use the skill Aal’s Protection.

● Added the “Category” and “Main Usage” information to the item description of items that can be received as part of the login rewards (excluding DC coupons and Inventory Slot Expansion Coupons).

● Changed the different text color for a part of the item descriptions for certain lumbering axe and butcher knife items to match that of other tools.

● Memory Optimization has been carried out to remove unnecessary duplicate data for item-related information.
● Textures have been optimized.
– Please make sure that your console operating system is currently up to date.

● Changed so that you can complete the Atoraxxion: Sycrakea main quest, [Atoraxxion] Syca’s Cradle, by talking to Yaz even when you defeat first.

● Changed so that you can proceed with the “Weakness of the Living Legend” quest when you complete the “Punish the Wandering Rogue” quest.

● Changed the dialog text of the “[Pet] Lauren’s Fluffy” quest that you can accept from Lafi Bedmountain when you choose the first crossroads main quest during the Serendia main questline to be more natural for the quest.

– The max amount of obtainable energy is the same as before, but you need less Knowledges and don’t need to complete all Knowledges of the following Knowledge categories to increase your max energy.

– Adventurers who’ve yet to complete a certain Crossroads quest will not see any indicators for that specific quest.

● Fixed the issue where Adventurers were getting Inventory +2 Expansion x1 less through the simplified quests compared to the Main Quest.

– For those who were affected by this, you can talk to the Black Spirit to receive an Inventory +2 Expansion Coupon x1

● Fixed the typo in the quest summary of ‘[Weekly] Lucretia’s Ruby.’

● Fixed the issue where you couldn’t store Marni’s Stones that store the max number of samples.

● Fixed the issue where the number of samples stored in each of the Marni’s Stones changed when sending them to Storage by using the Maid/Butler Group Command.

● Fixed an issue where there were irregular areas in Calpheon.

● Some awkward environments have been fixed in Atoraxxion.

● Fixed awkward textures when Durability is low while the [Kunoichi] Ayo outfit was equipped.

● Fixed the issue where character motion would appear abnormal in certain areas within Atoraxxion: Sycrakea.