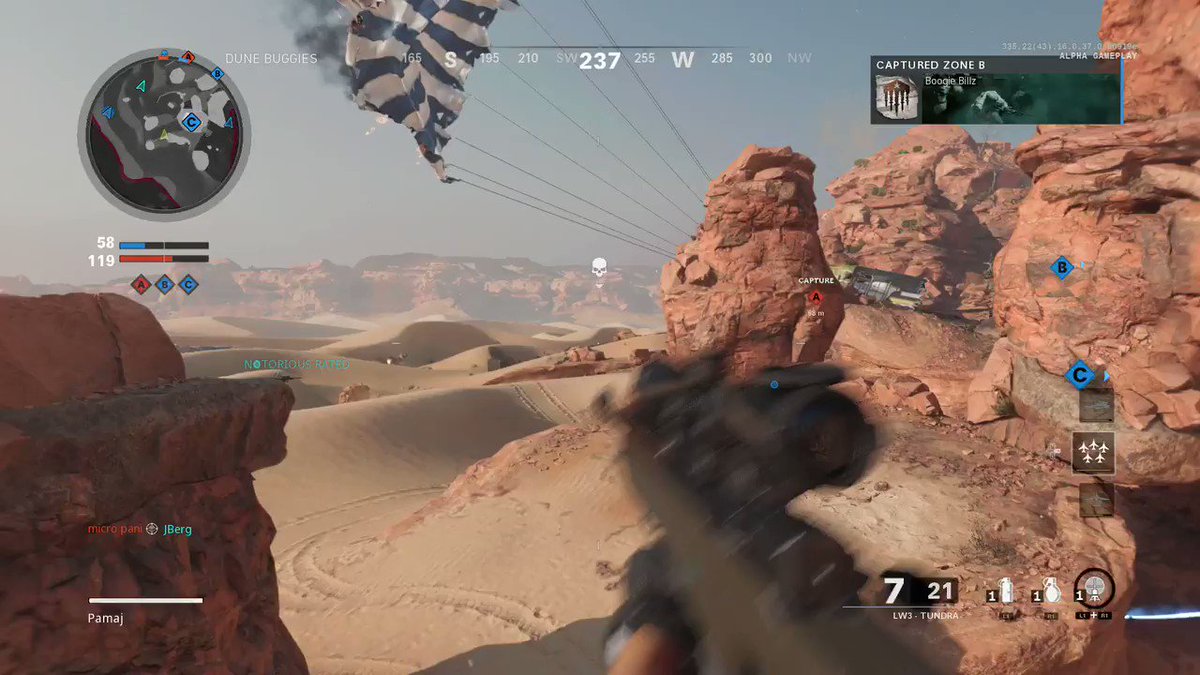 If you played the Call of Duty: Black Ops Cold War beta, you might have noticed some inconsistencies with the gunfights. If so, well, it might be your connection or it could very well be the game’s servers. In this in-depth Black Ops Cold War beta netcode analysis, reliable network analyzer Battle(non)sense posts his findings and they’re not good.

Based on Battle(non)sense’s data from the beta, smaller game modes (traditional 6v6 and custom matches) will use a mix of dedicated and P2P servers, while bigger modes like Combined Arms, Dirty Bomb, etc., will run on dedicated servers (given the game won’t be able to handle it if it didn’t run on dedicated servers compleltely due to the high volume of players involved).

In addition to that, he found out that the Dirty Bomb game mode, as well as Combined Arms, both ran at 20hz tick servers! 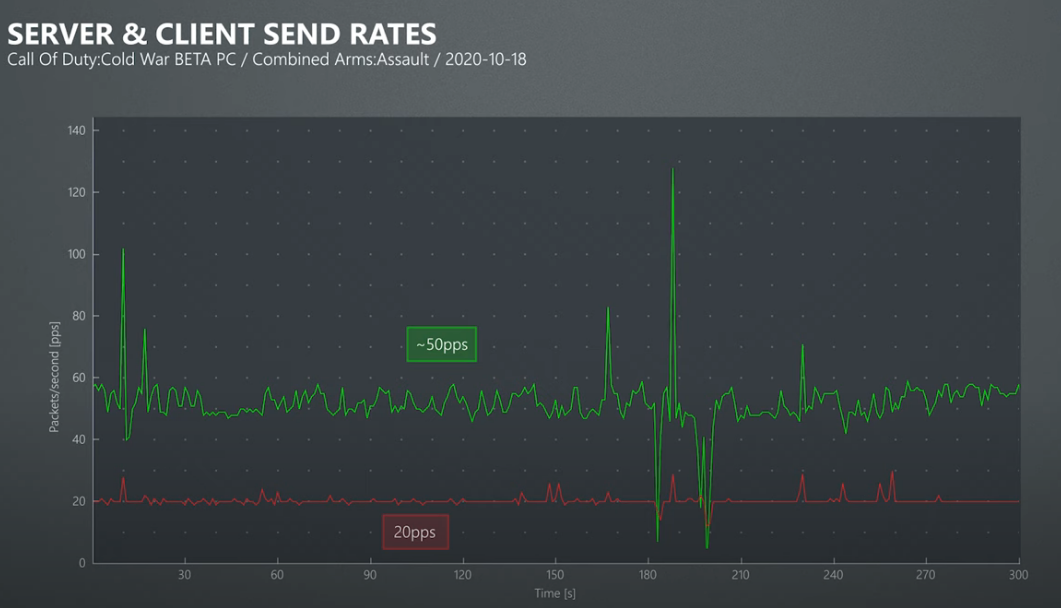 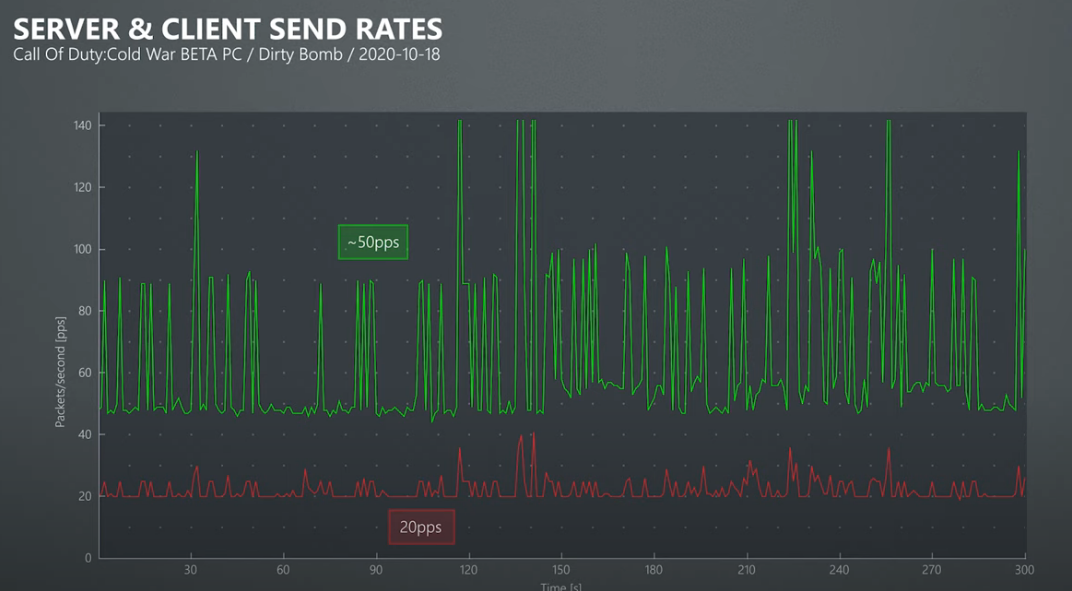 Fortunately, the smaller 6v6 modes like VIP Escort, Domination, etc., all ran at 50hz servers. While that number is higher, do note that the Battlefield franchise has used 60hz servers since 2015, and that game has 64-player matches, destruction, vehicles, and more (something this particular YouTuber pointed out as well). 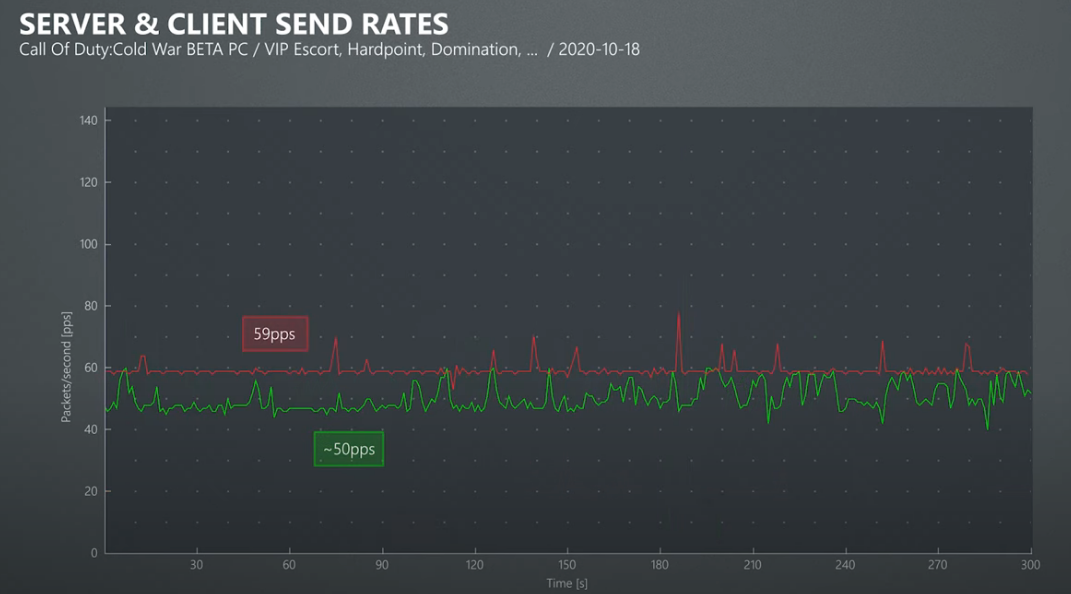 For those wondering why tick rates for servers are important in games, here’s a summary from nbnco:

What is tick rate?

Tick rate is relevant to this client-server relationship because it covers the frequency at which a server processes updates, which is measured in hertz (Hz).

The higher the tick rate value, the faster a player receives input updates from the server which, in turn, makes an online game feel more responsive and truer to the player-side experience.

Will we see the servers improve at launch? We can’t say for sure, but I woldn’t hold my breath, as Activision knows it doesn’t have to upgrade the servers and people will still buy the game since it’s, y’know, Call of Duty.

Speaking of the Black Ops Cold War beta, don’t forget to check out our impressions piece to see what we made of it after days of playing.