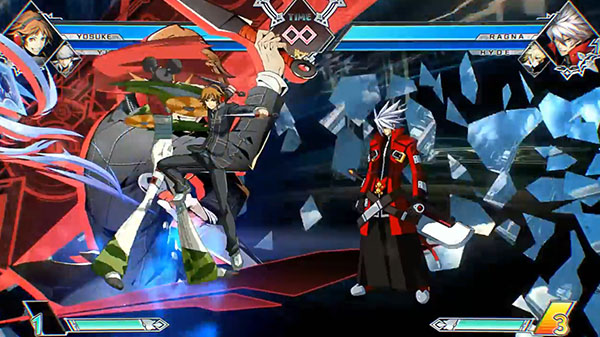 If you’re not a fan of video game microtransaction, you might want to look away as things are about to get very ugly. BlazBlue: Cross Tag Battle, Arc System Works’ (Guilty Gear, Dragon Ball FighterZ) upcoming fighting game has over half its characters locked as DLC!

Unfortunately, I’m not kidding. BlazBlue: Cross Tag Battle has 40 characters, but only 20 of them will be available once you purchase the fighting game. Here’s a breakdown of the character list by Reddit user Blitz_Kid_48, who’s understandably upset at how Arc System Works is handling the game.

In case you can’t read it, here’s what it says:

The game has 40 characters and 20 of them are locked away as DLC.

There are no Adachi, Terumi or any Persona 4 Ultimax characters, Heck the full investigation team isn’t even playable at launch (naoto,kanji,teddie, all the persona 3 characters etc are all locked away as DLC)

This is actually disgusting and I’m honestly 100% disappointed in Arc System Works. This is completely unacceptable in my opinion. I’m definitely passing on this game.

It is like they gave up and put everyone on Dragon Ball.

Edit: The game will be $40. Still doesn’t make the 20 characters DLC lock okay.

While the game might “just” be $40, that still doesn’t make this OK. Has something so brazen ever been attempted before? Notable games media person Jim Sterling has even made a video about it, calling the shady business practice out (might be NSFW for some).

BlazBlue: Cross Tag Battle is set for release this June 5 on the PlayStation 4, Nintendo Switch and PC.

For now, there’s on word how much each character will be, but let’s hope Arc System Works’ senses are still intact and don’t price each exorbitantly.

Are you OK with games costing less at launch but the player having to buy a portion of it piecemeal?