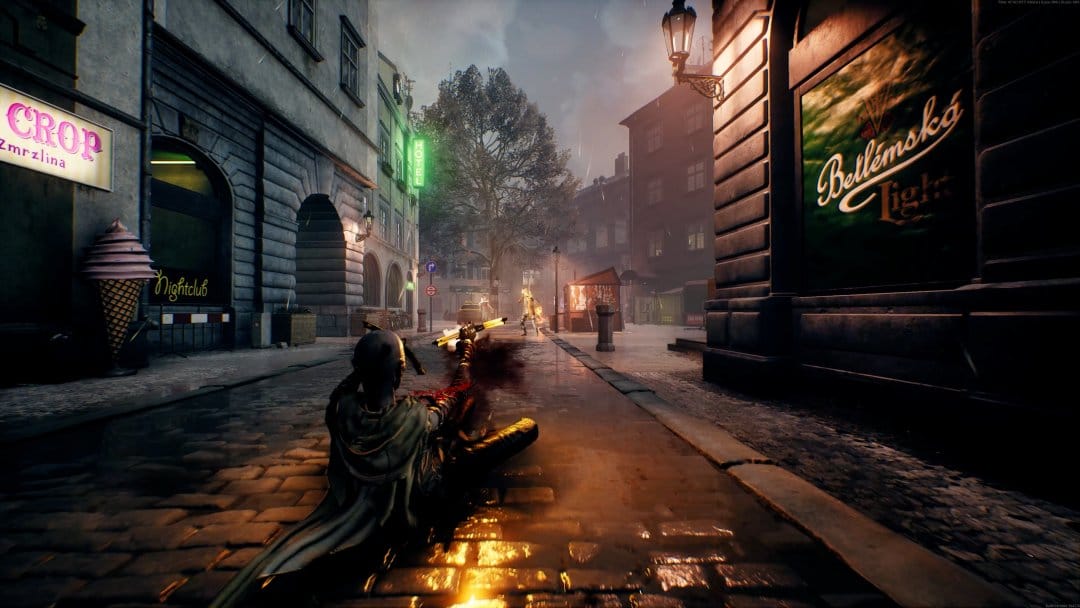 In their latest update post, developer Sharkmob has released a ton of new details on the upcoming Bloodhunt ranked mode, as well as a new mode catered to newcomers to the game called “Bloodhunt.” Check out the rundown on both modes below and see just which one is for you once the game finally releases.

First up is the ranked mode, which is the classic Bloodhunt experience that early access players got to enjoy when the game was available back then.

This mode will be available fairly soon after the release of Bloodhunt, and we are looking at requiring around level 10 of player progress to unlock it. This to hinder cheaters of gaining access as much as possible.

Players can earn Ranked Points (RP) by defeating enemies and placing high in a match. You will be matched with other players with similar RP (RP-based matchmaking). No match variations are present in this mode.

Ranked mode also features various ranks, which you will be able to show off in your Rank icon next to your avatar.

Here are some details on how Ranked Mode works:

Your rank is dependent on your Ranked Points (RP). You will be rewarded with points for kills as well as placement in a match. We decided to put more weight on the eliminations, to encourage having a kill-oriented style and make the ranked mode entertaining to both play and watch. Placing in the top will still give you a good chunk of RP.

Sharkmob also mentioned that there will be an RP fee for every ranked game you play save for the first one, so that start directly playing it once it starts.

There are six ranks to climb as you accumulate the required number of ranked points (RP). Your RP score and rank will be reset completely between the seasons, offering a fresh start and a new race to the top ranks.

After this comes the titular Bloodhunt mode, which, as you might not expect, is catered towards newcomers and those looking for a ‘non-sweaty’ battle royale experience. Check out the rundown on this mode below:

This is a new mode that caters to newcomers of Bloodhunt as well as existing players that are mostly playing the game as average enjoyers. This mode features comeback mechanics to give players another chance without having to load into a new server if they’re eliminated at once. After being killed, you will respawn at a random location near your point of death with a blue AK and a Spiked Bat in your inventory to ensure that you have a chance to survive and defend yourself.

This mode will also feature different match variations to keep it fun and interesting.

With extra lives, we think that this mode is not only more friendly to new players trying to get a hang of the various abilities and weapons, but it also makes for a more fast-paced and action-packed experience as people are willing to take more risks and go all out regardless of the skill level.

Overall, this mode sounds like a very interesting take to do an ‘easy mode’ for a battle royale, as it does give casual players the space to enjoy games without stressing out too much. It will be worth waiting to see if Bloodhunt mode picks up, as confusing naming scheme aside this can give Bloodhunt (the game) the edge it needs over the many battle royale competitors in the market.

In case you missed it, Sharkmob also revealed that a closed PC playtest is coming later this month, and you can catch all the details on that one here.