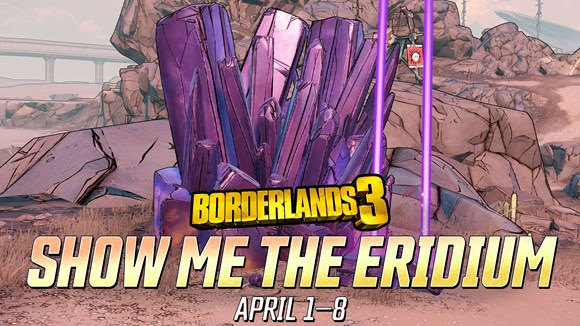 Gearbox Software is not joking around this April’s Fools, as the studio has rolled out the server-side Borderlands 3 April 1 hotfix, alongside a few key announcements regarding the looter shooter. Head on below for the patch notes, and list of new stuff available today.

Today’s changes will be live on all platforms by 12:00 PM PT. To apply hotfixes, wait at the main menu until you see a sign that reads, “Hotfixes Applied!”

Passive Skills that have Mayhem Scaling enabled have created very spikey moments in our damage pipeline. These spikes are far outside the bounds of normal damage. Balancing content around these spikes would have removed build diversity and forced players into very specific and specialized builds. That is counter to our goals of always increasing diversity, so we’ve changed the scaling accordingly.

The intent for this skill was always to stack as many times as Zane’s other Kill Skills, which is twice. When its increased stacking was discovered last fall, we determined we would leave it as it wasn’t causing catastrophic issues. As part of balancing for the upcoming content however, we have deemed it necessary for the stacks to be capped as originally designed.

Based on community feedback, we are adding some power back into Amara’s Action Skills to offset some of the damage that has been removed from specific pieces of gear. We’ll continue to monitor her and will make more changes as needed.

Last week, we saw a few players confused about whether or not the buffs were applying on some of their gear. Good news: If your hotfixes were applied, you were getting the buff. Those weapons just saw changes in their damage in ways that does not show on their item cards!

The Show Me the Eridium event runs from today up to April 8.

From April 1 to April 8, you can take advantage of the limited-time Show Me the Eridium mini-event in Borderlands 3 to help fill up your glowing purple coffers! Once this mini-event is activated via a quick update, you can expect Eridium drops from standard enemies, increased Eridium drops in Mayhem Mode, discounted Eridium costs to use Moxxi’s Vault Line slot machine, and a discount on all the items sold by Crazy Earl in the Cargo Bay of Sanctuary III.

Don’t forget, Diamond Keys are incoming as a new in-game resource to the shooter coming in the Director’s Cut version.

Outriders Down on All Platforms, Even After Devs Announce It’s Fixed (Update #6)