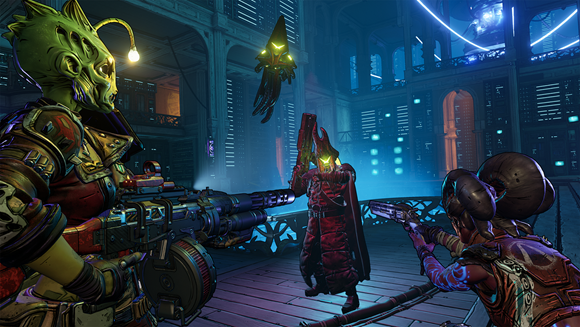 Starting tomorrow, Gearbox Software will roll out Borderlands 3 Mayhem 2.0! This is your chance to get some of the most powerful loot in the game.

Players will need to finish the main Borderlands 3 story in order to play the Mayhem 2.0 content. According to Gearbox, there will be more than 25 all-new modifiers that can be applied and rated as Easy, Medium, Hard, and Very Hard.

Easy modifiers are largely helpful, and include things like Big Kick Energy, which actually increases your weapons’ damage but also increases their recoil and spread. There’s also Galaxy Brain, which dramatically increases the size of enemies’ heads so that crit shots are easier to land.

Venture into Medium modifier territory and beyond, though, and things start to get more challenging. For example, the Medium modifier Floor is Lava “encourages” you to keep moving at all times by forming a pool of damage-dealing lava beneath your feet when you stand still, and the Hard modifier Drone Ranger spawns Healing Drones to accompany and assist enemies. We’ll let you discover the rest of the modifiers—including all of the Very Hard ones—for yourselves.

Modifiers are selected at random, but the number of modifiers and difficulty ratings of those modifiers are always the same for each Mayhem level, as shown in the table below.