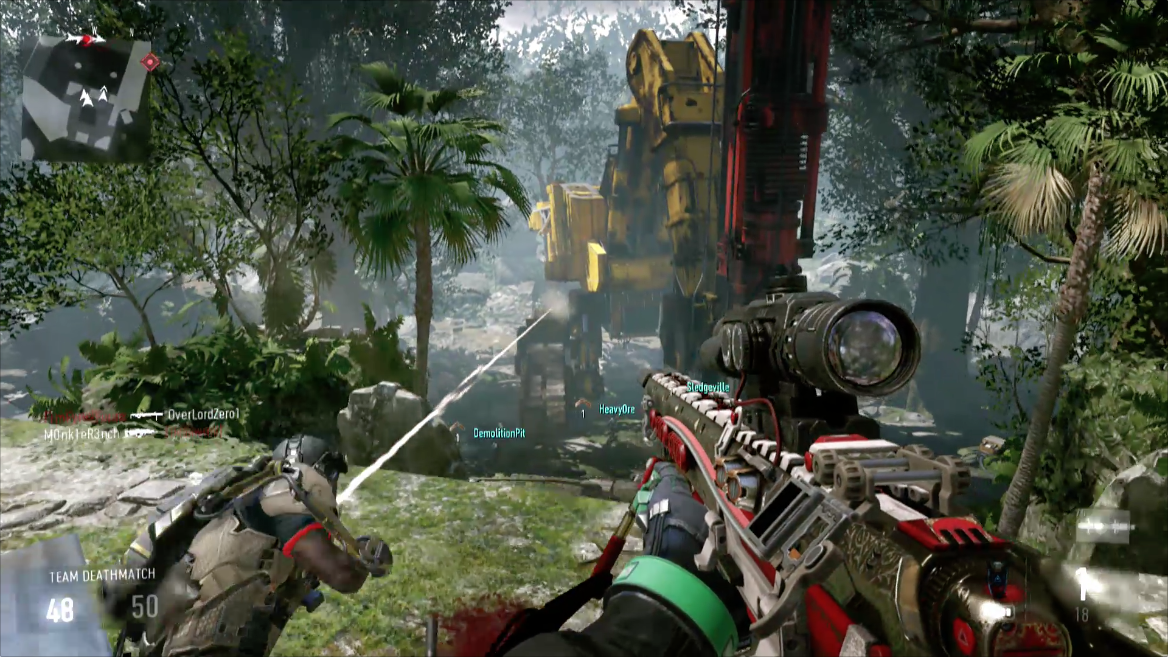 “Quickscoping”, as it’s called, remains arguably one of the most controversial topics in the history of online multiplayer first-person shooters like Call of Duty when it comes to weapon and gameplay balance. But in just a few days time, “quickscoping is so 2014” is likely what you’ll hear gamers argue if a recent discovery in Sledgehammer Games’ Call of Duty: Advanced Warfare catches wind.

What is “blackscoping”? Call of Duty YouTube commentators “Daniel Kross” and “Drift0r” explain it in their latest videos:

You’ll see that firing a sniper rifle round within the three or so frames highlighted in the videos above will land a perfectly accurate shot at any distance in a speedy fashion, even quicker than what most would call “quickscoping” in some of the more recent Call of Duty titles and on par with how “quickscoping” worked in older Call of Duty titles like Modern Warfare and Modern Warfare 2.

Taking into account Sledgehammer’s efforts to render “quickscoping” ineffective in their latest shooter, it’s likely that the above discovery is a bug, rather than a feature, and may or may not be patched in any upcoming game updates. Seeing that it completely ignores the heavy scope sway that was implemented since day one, it’s doubtful that “blackscoping” was intended to be a legitimate tactic.

So, while you might have to deal with hyper-accurate sniper rifle users over the next while, at least you’ll know how it works and won’t be so mystified by that dude that landed that impossible shot.

Keep your sights on MP1st for more Call of Duty: Advanced Warfare updates!