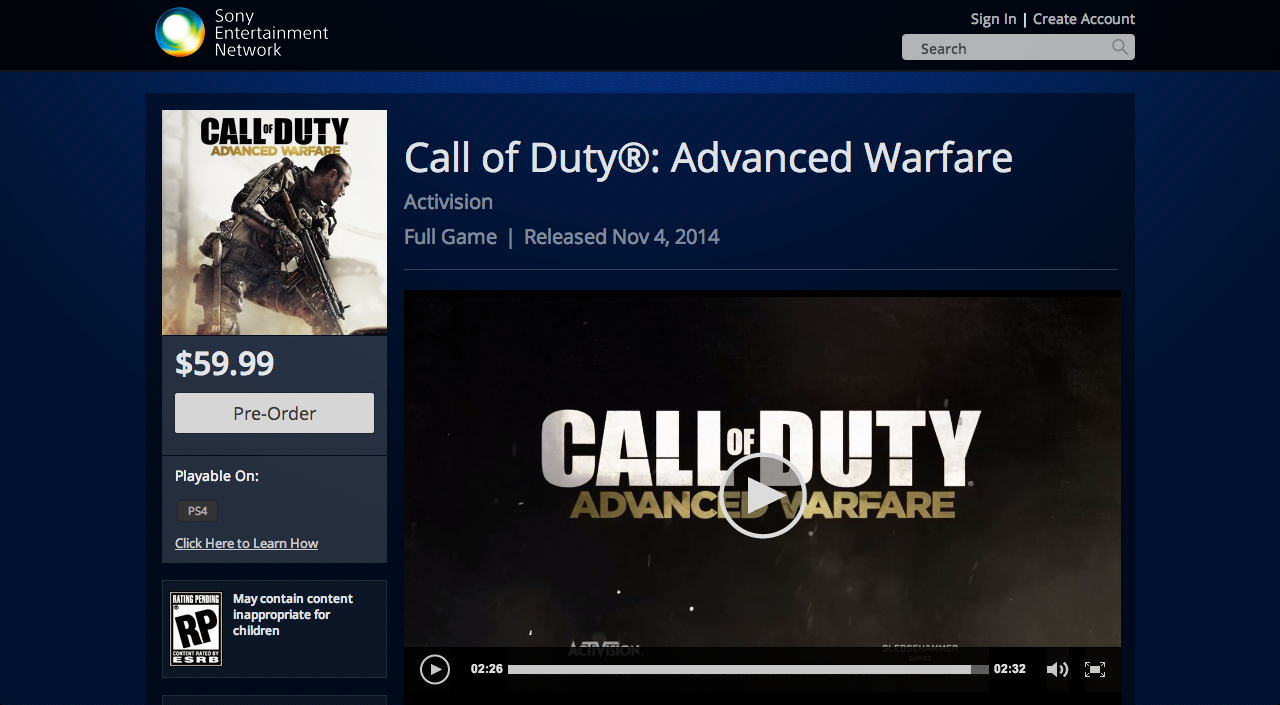 If you’re ready for Advanced Warfare, you can now pre-order Sledgehammer Games’ upcoming Call of Duty title for the PlayStation 4 or PlayStation 3 on the PSN store.

Both listing have recently appeared on the store; one for the PS4 and one for the PS3. PS4 users will be able to pre-load the game some time a head of its November 4 launch, according to the page, so you can hit the ground running at 12:00am that morning.

It also lists Advanced Warfare’s video output at 1080p on the PS4, but that should come as no surprise as Infinity Ward’s Call of Duty: Ghosts reached reached a similar mark last year. It goes without saying that Advanced Warfare will also run at 60 frames per second on both of Sony’s consoles.

Thanks, Danial, for the tip!