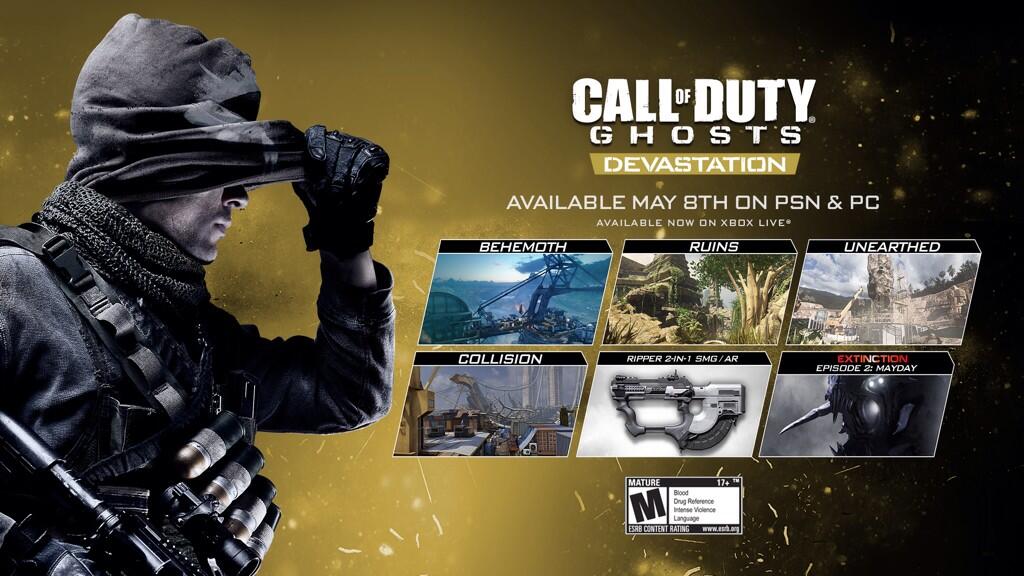 Call of Duty: Ghosts Devastation is coming to PlayStation 4, PlayStation 3, and PC on May 8, according to a recent announcement from developer Infinity Ward.

That means PSN and PC users will get access to four new maps; Behemoth, Collision, Ruins, and Unearthed, a reimagining of the fan-favorite Modern Warfare 3 map, Dome. Extinction fans will also get a new dose of the Alien-survival game mode with Extinction Episode 2: Mayday. We captured some nifty gameplay footage on all the new maps earlier that you can check out right here, if you’re interested.

PlayStation and PC Season Pass owners, however, will already have access to The Ripper hybrid DLC weapon ahead of Devastation’s official launch on May 8, so go ahead and give it a spin if you haven’t yet.

Devastation is currently available for Xbox One and Xbox 360 owners.