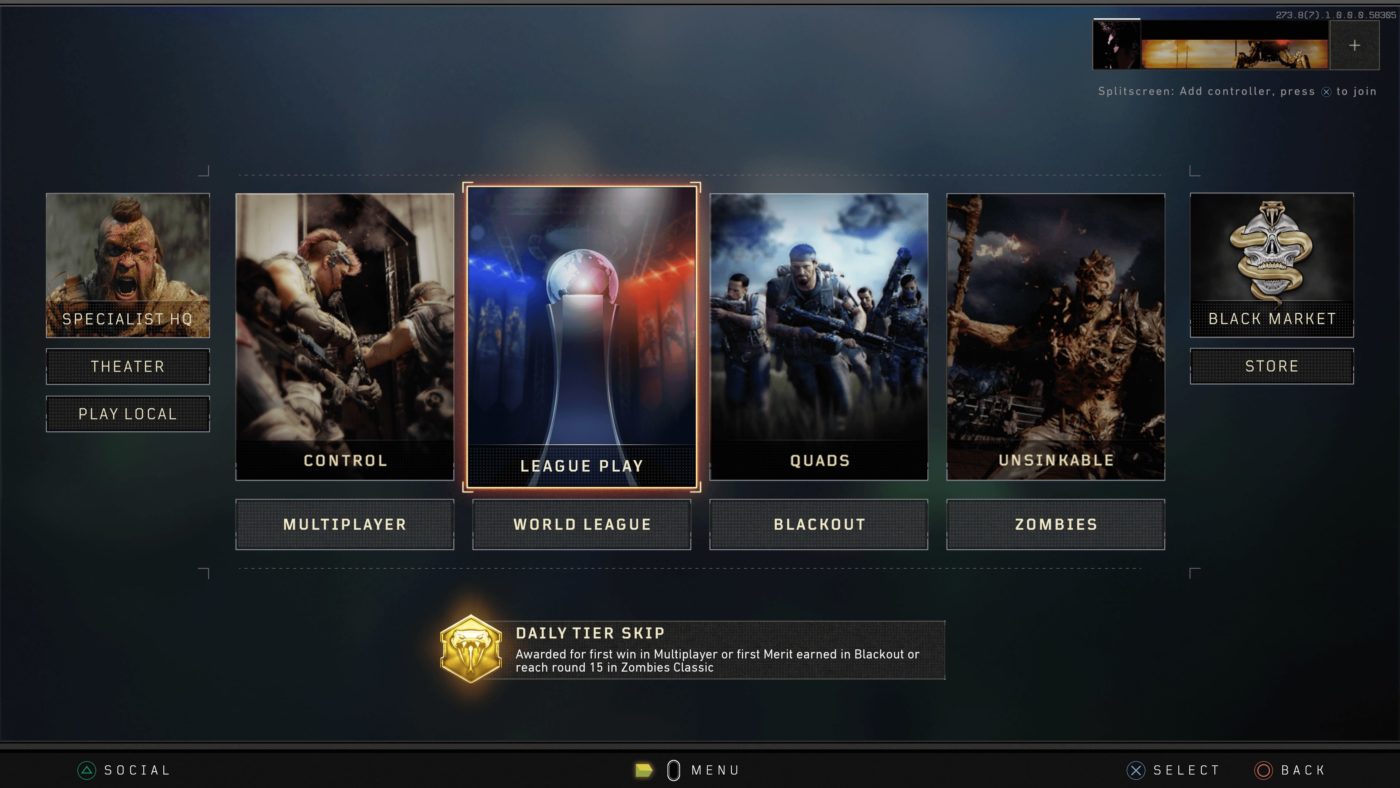 As part of today’s meaty Call of Duty: Black Ops 4 update, Treyarch has also spilled the beans on the Black Ops 4 League Play release date, and what the studio has planned for it.

Set to arrive first on PS4, the Black Ops 4 League Play release date is pegged at mid-February to coincide with the game’s big February patch, though there’s no specific date yet, as Treyarch mentions that there’s “a lot of moving pieces between developer, publisher, and first-party platforms.”

As to what to expect in it, Treyarch has listed some of the added changes implemented in the CWL (Call of Duty World League) which should also be implemented in ranked play.

First, we’ve huddled with the Call of Duty World League team as well as pro players and some members of team management to evolve the CWL ruleset. Our goal is to more closely match how the pros play, while embracing the diverse toolset of Black Ops 4 that allows for those big, exciting plays that make the game so damn fun to watch. We believe these carefully-considered updates will improve the future of competitive play for the pros on stage, and more widely, for our ranked players at home.

This updated CWL ruleset will go live in Black Ops 4 later this week, and includes the following new restrictions (with all previous restrictions listed here still in place, including the full restriction of Nomad):

Additionally, Zero’s Ice Pick and EMP Disruptor, and any new Specialist content that we release in the future, will remain out of competitive play by default until or unless deemed viable through the CWL organization.

With these new restrictions in place, players who choose Prophet, Firebreak, or Seraph will still be able to equip the Trophy System, Combat Axe, Frag, Molotov, or Concussion in their Equipment slot. These changes are a direct result of feedback and coordination with the competitive community, and we can’t wait to see how it all plays out in ranked play and at future CWL 2019 events.

There are also changes coming to how League Play is implemented, with Treyarch now pushing for more activities and events due to community feedback.

With every new design of a system, we start by identifying the problems to solve from previous iterations, and the League Play system in Black Ops 4 has been designed to avoid these shortcomings and accomplish some new key goals:

Changes are also planned for the League Play progression and here’s how it’ll work:

There’s a lot more details which you can read about here.