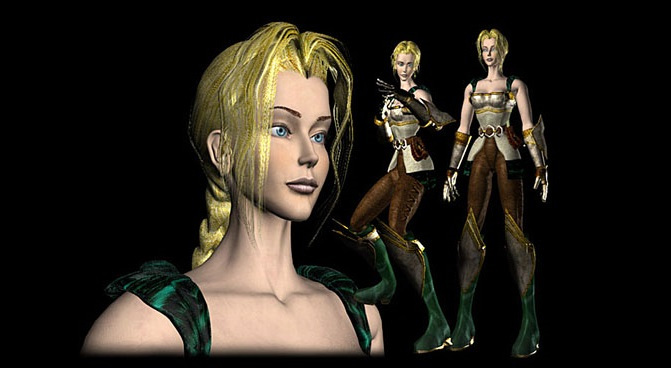 One of the most mysterious and elusive Castlevania games that never saw the light of day has been found by the most unlikely of sources, as the cancelled title Castlevania Resurrection’s pre-E3 beta surfaces online — giving fans an in depth look at the game that’s over two decades old!

As translated by ResetEra, the build of the prototype is dated on November 1999 — which is four months before the game was ultimately cancelled on March 2000.

“A few days ago, I was sent a message with the photo of the prototype. I couldn’t believe it, he was there in front of my eyes. I thought I had fallen from my chair, I was witnessing his resurrection !!!”

“There are 5 environments and a boss fight that correspond to a stage of the game. Most areas do not connect with each other. They are accessible from the Start menu. One of them does not charge. This beta is an early build.”

“Be careful, I don’t know what my acquaintance intends to do with it. I do not wish to harbor false hopes. It may be necessary to be satisfied only with the photo and the video proving its existence.

The discovery of the prototype being major, with the agreement of its owner, I can disclose it and show it to you. We can also thank him!”

Intended to be the seventeenth entry in the Castlevania series, Castlevania Resurrection was supposed to be the third Castlevania game to be rendered in 3D. Unfortunately with the release of the more powerful PS2, Xbox, and Nintendo Gamecube systems — Sega ultimately closed its doors as a console manufacturer, contributing to the cancellation of this never released title in the series.

Speaking on Castlevania, a new game as well as other Konami properties like Metal Gear are rumored to be in the works.