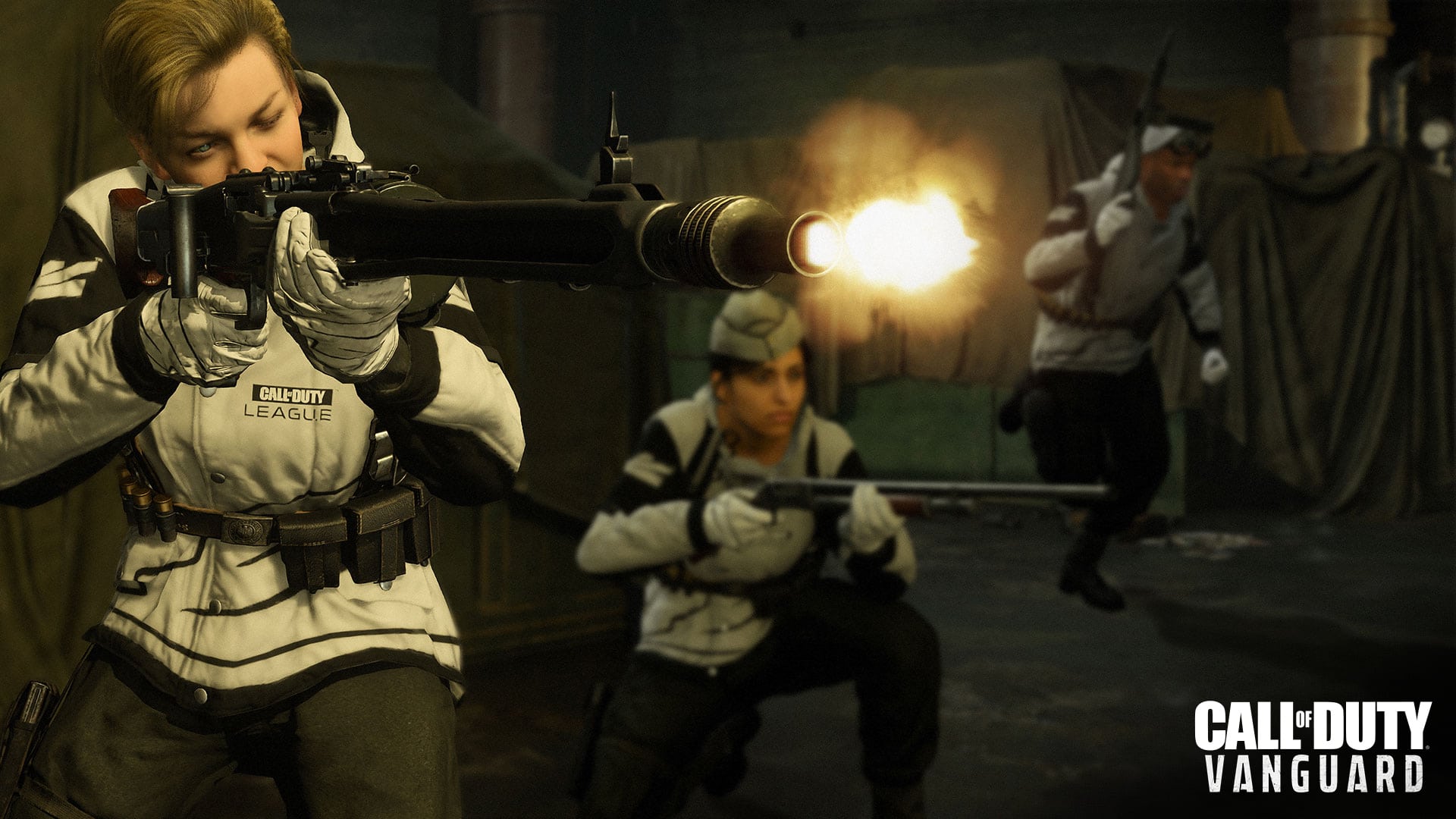 In case you didn’t know, the Season 2 Reloaded has been officially announced by Activision yesterday. For those on PS4 and PS5, the COD Vanguard 1.15 (PS5 1.015) pre-load is now live! Players will be able to download the file, but won’t be able to install until Season 2 Reloaded launches later today at 12 noon ET/9 a.m. PT/12 a.m. HKT!

No official patch notes have been released just yet, but here’s what we know that will be part of Season 2 Reloaded for Vanguard:

As for Vanguard, there’s a new 12v12 mode around the corner for those who want larger-scaled havoc, brand-new vehicles, new rewards in Ranked Play, plus all new content coming to Zombies.

A Brand-New 12v12 Mode Across the Alps

Season Two Reloaded will bring a new large-map mode to Vanguard, one that involves trekking across a snow-covered mountainside with new vehicles to build a formidable loadout.

This new mode – Arms Race – will take place on Alps, the largest map in Vanguard set in Task Force Yeti’s main area of operations. Drop in across this alpine tundra — from its iced-over lake to the mountainside fortresses — and capture all bases to win.

Once a base is captured, Operators can choose to respawn at that base or at any other captured points on the map, in addition to spawning in on their fellow squad member. Bases automatically set up gates for the defending team within, allowing safe passage for allies and shutting itself when enemies are nearby.

By default, two out of the Alps’ seven potential bases will already be taken out of commission, making it a five-base fight for supremacy.

Cash can also be used at friendly bases to purchase vehicles, your primary way of traveling across the Alps as quickly as possible.

Operators can call in one vehicle for free anytime, anywhere: the Motorcycle.

This two-seater is the most agile of the three vehicle choices, allowing Operators to weave between tight spaces and take sharp corners.

Its handling and speed come at the cost of durability, as one good rocket or a flurry of Armor-Piercing bullets can easily cause it to explode.

Costing only a few hundred in-game Cash, the CD12 Transport is a four-seater Squad Vehicle with enough room for your four-person crew.

If you and a few other Operators want to gain ground quickly but cannot spawn near a targeted base, then the CD12 Transport is a great way to cover some distance as one unit.

Furthermore, destroying this vehicle will cause a large explosion, which may aid in destroying an enemy base’s gate.

The most expensive vehicle in this new mode is arguably the most powerful, as it is the only one to come with built-in weaponry and is more durable than the CD12 and the Motorcycle.

Tanks have only one seat for its driver, who also operates as its gunner. This vehicle is equipped with a high-explosive round chambered in its cannon, which can easily take down an enemy base gates or groups of enemies. This can turn around an offensive charge or a defensive stand with effective use.

Season Two Reloaded brings an entirely new batch of Season Two Ranked Play rewards to be earned by completing Win Challenges and earning Ladder Placements. These new rewards include two new Pro Issue Blueprints, two Weapon Camos, two Charms, an exclusive Spray and Sticker, and an animated Emblem awarded at the end of the Season based on your final Skill Division.

For the ultimate bragging rights, players can earn the Ranked Legend Solange Operator Skin by winning 25 games in the Master Skill Division or higher, and each Skill Division also has a Charm that can be earned by winning 10 games in that Skill Division. As a reminder, all Ranked Play rewards can be used in both Vanguard and Warzone once unlocked.

Haven’t been able to party up with your friends outside of your Skill Division? Treyarch’s got you. This week, the studio is making changes to reduce some of the SR restrictions across Skill Divisions to make it easier for friends to party up, while keeping SR brackets competitive at the highest Skill Divisions.

These are the current rules for SR restrictions:

… and these will be the updated rules going live with Season Two Reloaded:

As Operators continue to face the undead and fight back Von List in “Terra Maledicta” and “Der Anfang,” they will soon find two new Covenants to equip during their quest. Players will take on the new Sacrifice Objective in “Der Anfang” for a wider variety of challenges to take on, and the Armaguerra 43 SMG will become available in Zombies via weapon unlock challenge when it goes live in Vanguard.

Notably, the Season Two Reloaded update will also add Dedicated Server Pause for Solo games, as well as additional bug fixes to be detailed by Treyarch in the coming days. Players in Solo matches and single-player Private matches will be able to pause for up to two hours collectively per match on dedicated servers, and can continue to pause indefinitely in Offline/Local matches.

There are new Operator skins and cosmetics out as well, which you can read about here.Don’t forget, Warzone will also be getting Season 2 Reloaded on march 23! Once the full patch notes are out, we’ll update this post.