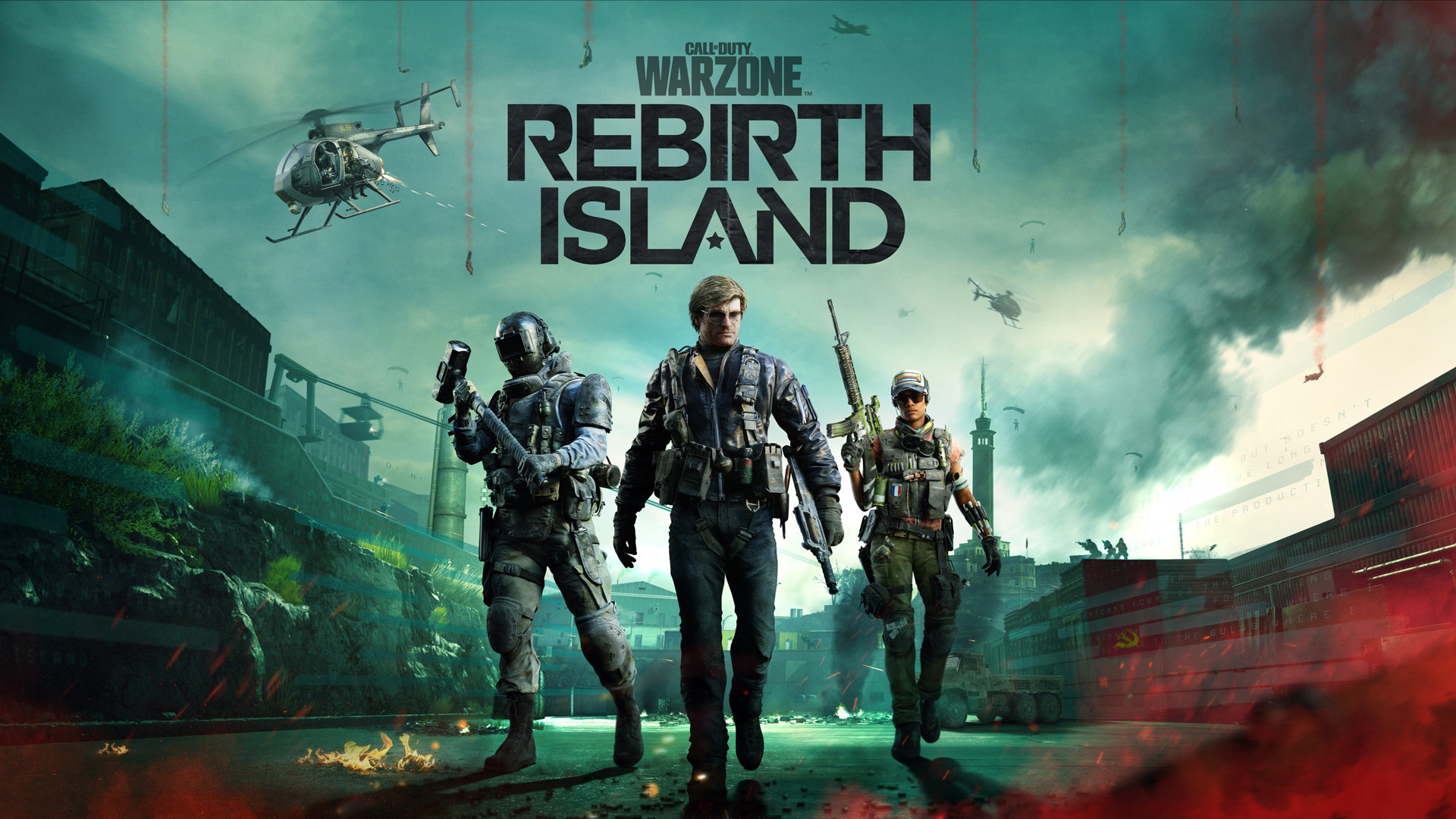 Developer Beenox has released a rundown on the COD Warzone Rebirth Reinforced details, coming to the game via the Season 2 Reloaded coming tomorrow. Check out the details on this updated classic, as well as a guide for players on how to tackle it.

Rebuilt, redefined, reinforced — from its roots nearly a decade ago to Season Two Reloaded for Warzone and Call of Duty®: Vanguard — Rebirth Island is the fast-paced Warzone experience developed by Beenox with the help of Raven Software.

Tomorrow, Rebirth Island will see its largest update ever. With multiple point of interest changes, new enhanced lighting, an event that rewards tons of XP and additional items, and more, Rebirth Reinforced will both celebrate the map’s history and offer new experiences for players.

Before Perseus and Black Ops Cold War’s story — or technically, long after it was over in canon — Treyarch introduced the original island prison with Mob of the Dead, a cult-classic Zombies experience released in Call of Duty®: Black Ops II on April 16, 2013.

That map, soon to be known as Alcatraz, returned at the launch of Call of Duty®: Black Ops 4 in 2018 with Blood of the Dead, a sequel that tied the mob’s story more into the greater canon. Black Ops 4 also gave Call of Duty its first foray into the Battle Royale genre with Blackout — within that, on April 2, 2019, Alcatraz was released as a denser, small-lobby alternative to the main Blackout map.

As Call of Duty® shifted from Call of Duty®: Modern Warfare® to the next Black Ops title, Pouliot recalled Beenox frequently inviting Treyarch in to ensure that the “essence of the initial map and all the great aspects from Alcatraz” were still felt in this new version.

Throughout the design, implementation, and testing process, Beenox wanted to respect the map’s size and density, all while offering a vast variety of engagements.

From Season One of Black Ops Cold War through Vanguard’s second season, Rebirth Island hosted millions upon millions of Operators. It was the haven during the Destruction of Verdansk, the bridge between Verdansk ’84 and Caldera, the host of the latest Iron Trials, and even a destination for a community Hide and Seek tournament.

In that time, Beenox kept informed on how the community experienced Rebirth Island and made updates, in addition to being the main development studio for Call of Duty on PC and other projects.

Alongside the updates to Rebirth Island comes its own event in Rebirth Reinforced.

Like previous events in Warzone, Operators can complete participation challenges to earn new cosmetic items, such as the Legendary “Toxic Heavy” LMG Blueprint for completing all challenges.

On top of these regular objectives are Community Challenges; these larger tasks invite the entire Warzone community to drop into Rebirth Island.

The first of these is just earning kills on the island. If the entire community earns enough kills following the update, those who participated will automatically receive 25,000 XP and unlock the use of Weapon Trade Stations on the island.

There will be three more Community Challenges following this first one, each granting tens of thousands of XP and additional features like Communication Stations, Armored Transport Vehicles, and even Golden Vaults…the last of which will have plenty of in-match rewards, as well as permanent ones, for those who can break into it.

Weapon Trade Station – What to Expect

When it debuts, the Weapon Trade Station will add a slight variation to the current Cash economy in Warzone, allowing operators to trade their current weapon with a new one plus bonus items.

At launch, here is what it will have to offer, depending on your weapon’s rarity:

Rare Gun OR Melee Weapon (of ANY Rarity)

There is even a special deal at all Weapon Lockers during Fire Sales where any weapon can be traded in for an incredible offer… But like all good sales, we’ll leave that for bargain hunters to find.

1. A Strong Hold on the Stronghold. The new radar station in the recently renamed Stronghold has fantastic sightlines over the surrounding area and over to the Living Quarters, which previously had a stranglehold over the Security Area. Come up here with a Sniper Rifle for long-distance fights, but beware of enemies sneaking up the ladder or flying through the windows.

2. Ship Show. Whether you’re at the Dock or Factory, taking a walk across the plank to the new ships can be a dangerous, yet rewarding trip. Watch out for nearby enemies who will have a natural height advantage as you plunder the vessel for booty… Or in non-nautical terms: Loadout items, Supply Drops, and Contracts.

3. Full Courtyard Press. Tents and cover pieces in the Courtyard make traveling across it less of a death sentence, but the area’s most intriguing changes have to be with the nearby water tower. It’s possible to shoot through some of the metal grates on each of its levels, making it easier to bring down snipers from a lower elevation.

4. Redeploy Reconnaissance. Redeploy Balloons can be found around Rebirth Island, including at the Stronghold. Use them to quickly escape an encroaching Circle Collapse or to spot enemies while temporarily floating in the air.

5. Prepare to Make a Trade. When they come to Rebirth Reinforced, the Weapon Trade Stations will offer an incredible value for any weapon, including those from the ground that may not play up to their rarity. Although their fixed location poses an inherent risk, visit these stations during a match to stock up on Cash and supplies at the cost of a weapon swap.

With that, all that’s left is to wait for the big update coming to COD Warzone tomorrow, so remember to stay tuned here at MP1st for the patch notes once it comes out.