Who doesn’t want a free game, right? What if someone told you that a game company is giving away free digital codes of its biggest game of last year? Well, apparently, that seems to be the case for Call of Duty: WWII!

Over on the Xbox One subreddit, users are reporting that they’ve gotten an email stating that they got a free digital code of COD: WWII from Activision and it works! 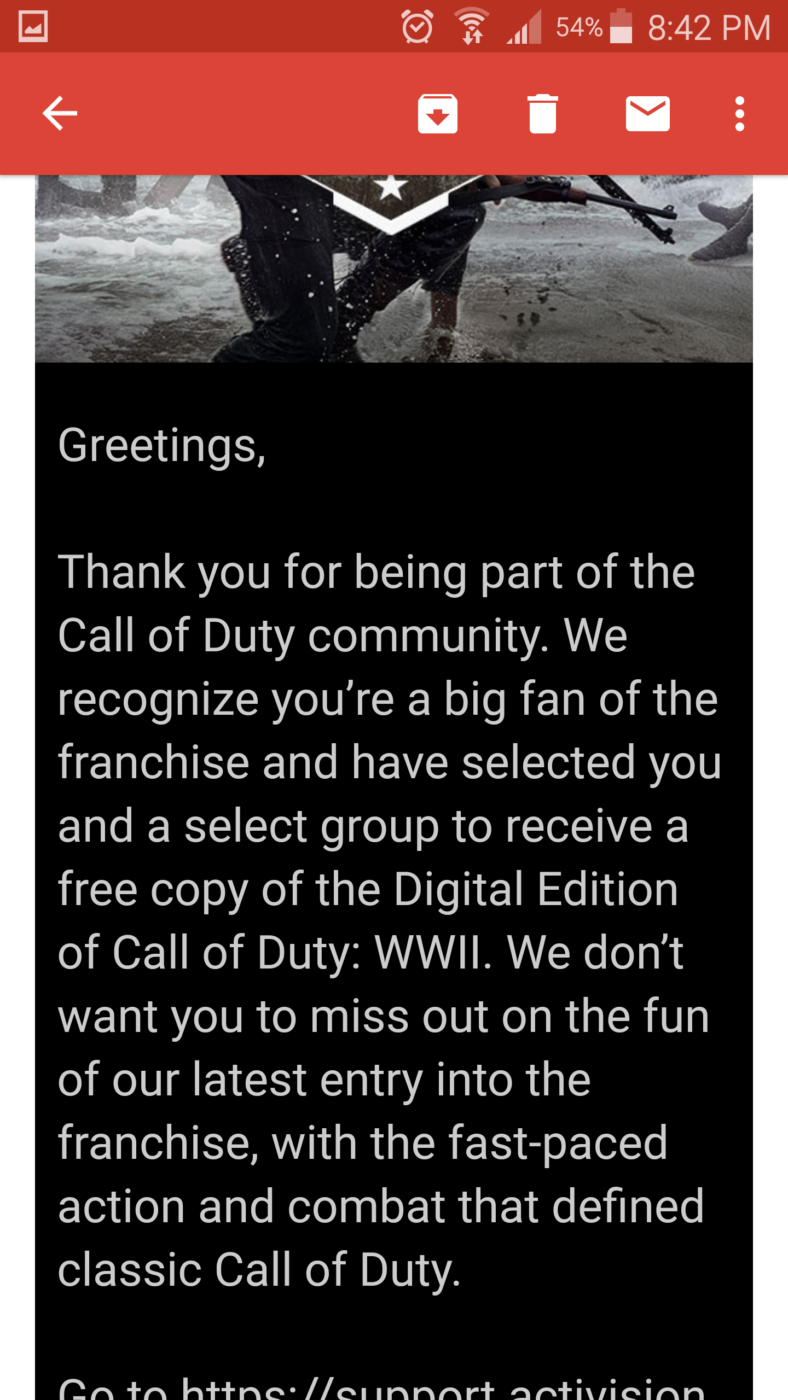 Multiple people have chimed in that it works. However, over on the WWII subdreddit, another person called Activision support, and was told there’s no such promotion going on. Check out the chat log below. 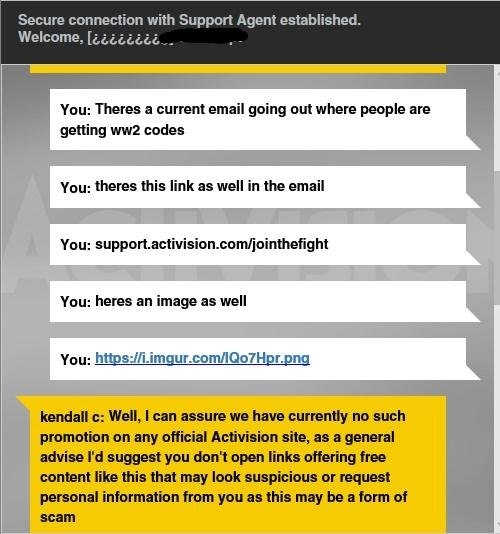 There’s a few things to take away from this: first off, Activision Support doesn’t know every promotion, and marketing plan that Activision does, so they might be in the dark when it comes to this one. But on the other hand. it reeks of something too good to be true — especially when you consider that Activision has sold a ton of COD: WWII units! I mean, they don’t need to give it away since people are buying it.

We’ve reached out to Activision and will update the post if and when we get a response.

In other Call of Duty: WWII news, don’t forget, the big “Resistance Event” will launch this coming week, and it’s set to bring a ton of new (and free) content. If you manage to get an email and redeem a code, let us know in the comments below.