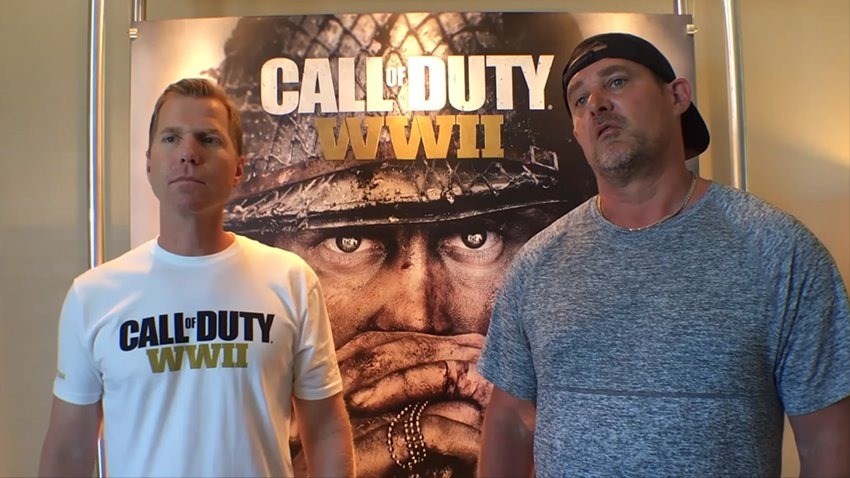 Sledgehammer Games, the studio behind Call of Duty: Advanced Warfare, and last year’s Call of Duty: WWII, will be losing its studio founders, Michael Condrey and Glen Schoefield. While the duo will be leaving the Call of Duty studio, they will be staying put with Activision to tackle executive duties.

Activision released a statement regarding the staff restructure, and in the process, named the new studio head of Sledgehammer Games, Aaron Halon.

Following the incredible success of Call of Duty: WWII, Glen Schofield and Michael Condrey have decided to transition from their duties at Sledgehammer Games to new executive duties inside Activision. We thank Glen and Michael for their tremendous body of work on Call of Duty and look forward to continuing to collaborate with them in their new roles. These changes have created an opportunity to elevate one of the key leaders at the studio, Aaron Halon, to lead Sledgehammer Games. Aaron is a founding member of Sledgehammer Games and the natural fit to lead the team. He has over 20 years of industry experience and has played an instrumental role throughout the studio’s history. We congratulate Aaron and are thrilled about the future of Sledgehammer Games, which we believe has even bigger days ahead.

Sledgehammer Games, which is based in San Mateo, CA, was founded in July 2009 by Condrey and Schoefield after the duo departed EA’s now-defunct studio Visceral Games, which worked on the Dead Space franchise.

We wish the duo the best of luck in their new duties! Aaron Halon, the ball is now in your court.