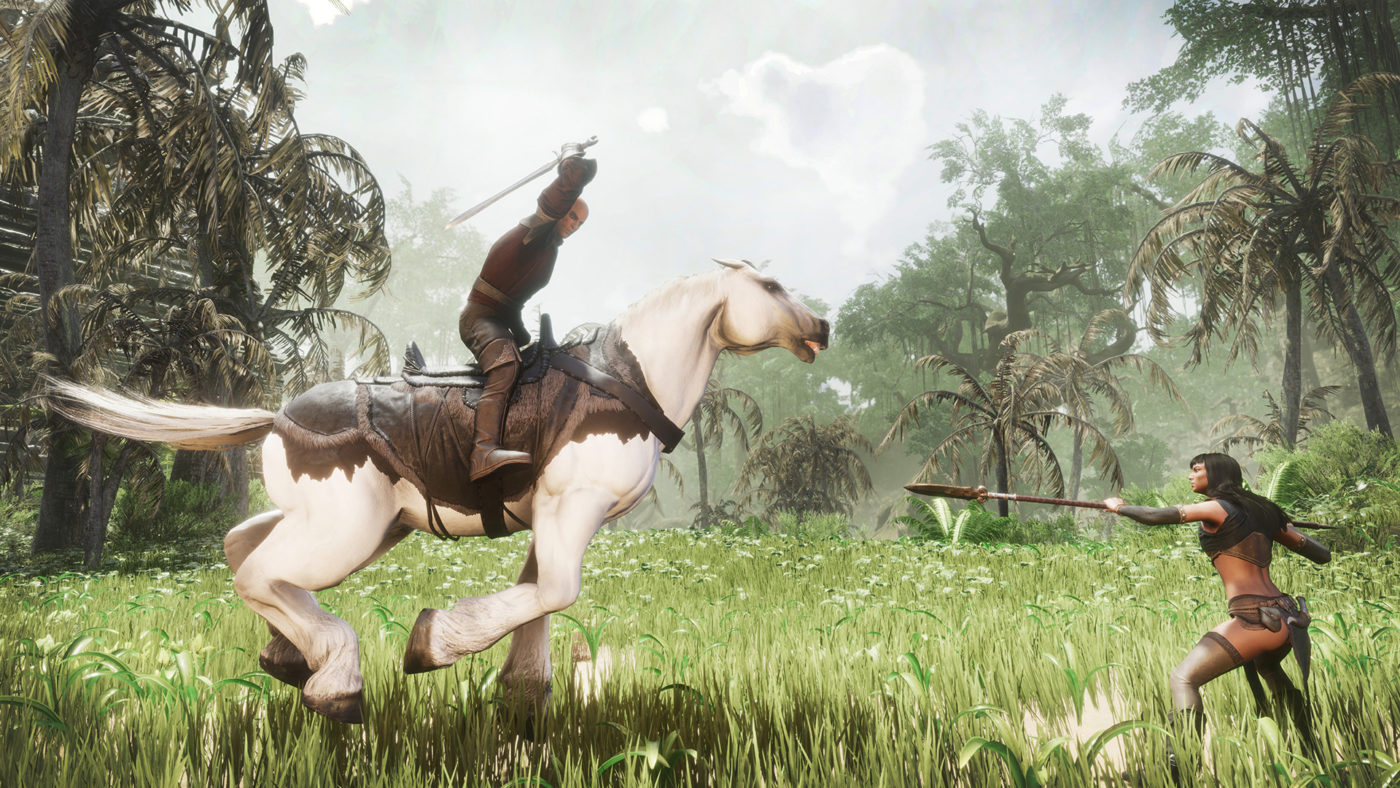 Conan Exiles mounts are finally becoming a reality, according to an announcement by developer and publisher Funcom. The much-awaited feature will be coming to the game sometime in December 2019.

The new mount system will not only introduce the ability to capture and train mounts but will also bring a new pet leveling system and mounted combat.

While the update will be free for everyone, Funcom is also simultaneously releasing a new DLC entitled Riders of Hyboria that will include more mounts and armor than the free update. The company made it clear though that the DLC content will not offer any gameplay advantages.

Funcom will be revealing more about the new mount system as well as the Riders of Hyboria DLC as the release date draws closer. In the meantime, you can check out the mount announcement teaser trailer above.