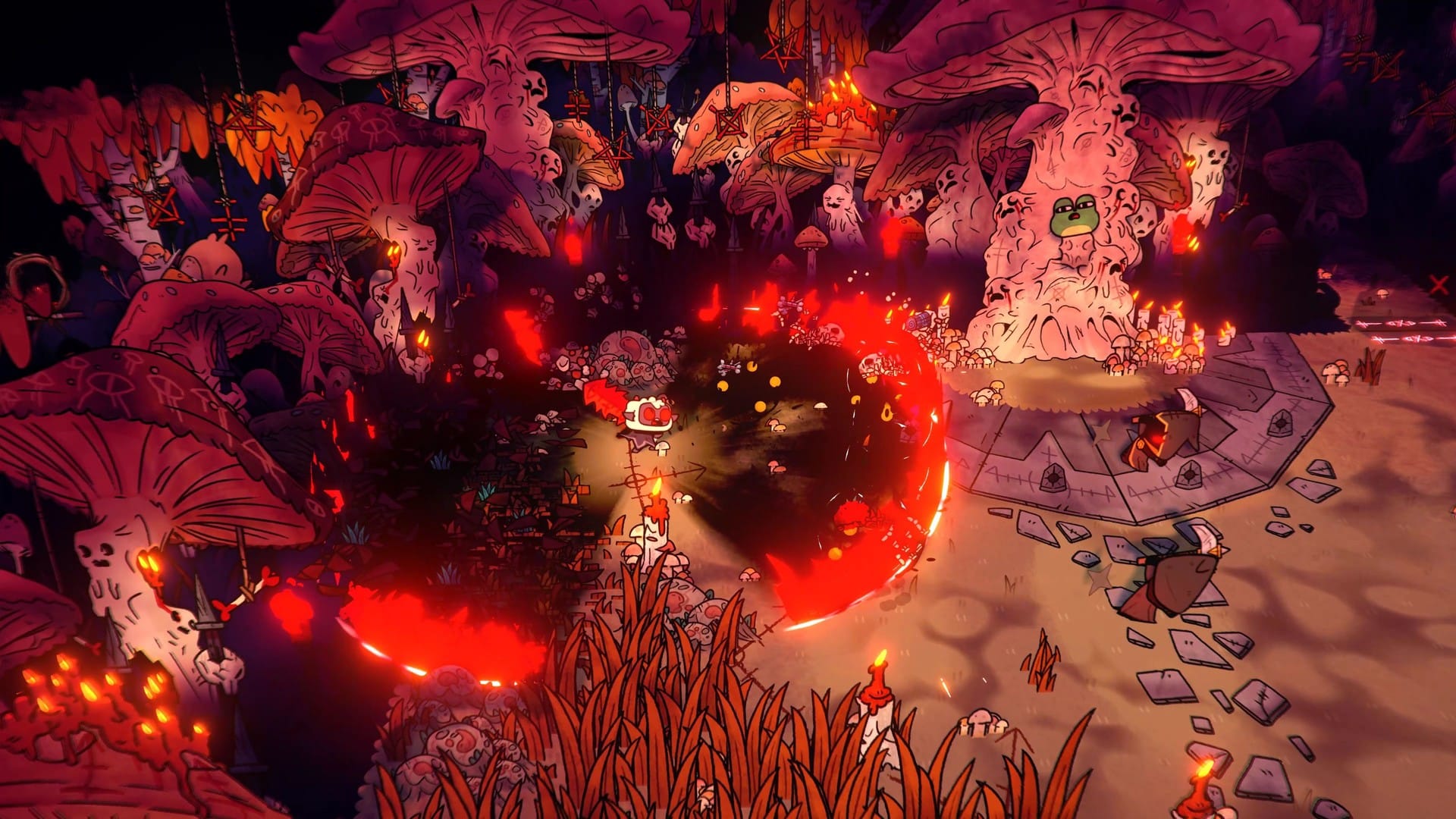 A new round of bug fixes, and we heard your opinions on the golden fleece nerf so we did some adjusting to it, check it down below!

If you haven’t picked it up yet, go read our review to see why it’s a must-play. We gave it a 9/10 and said, “Cult of the Lamb is a brilliant fusion of Binding of Isaac and Animal Crossing, with an evil twist, and a charming artstyle”