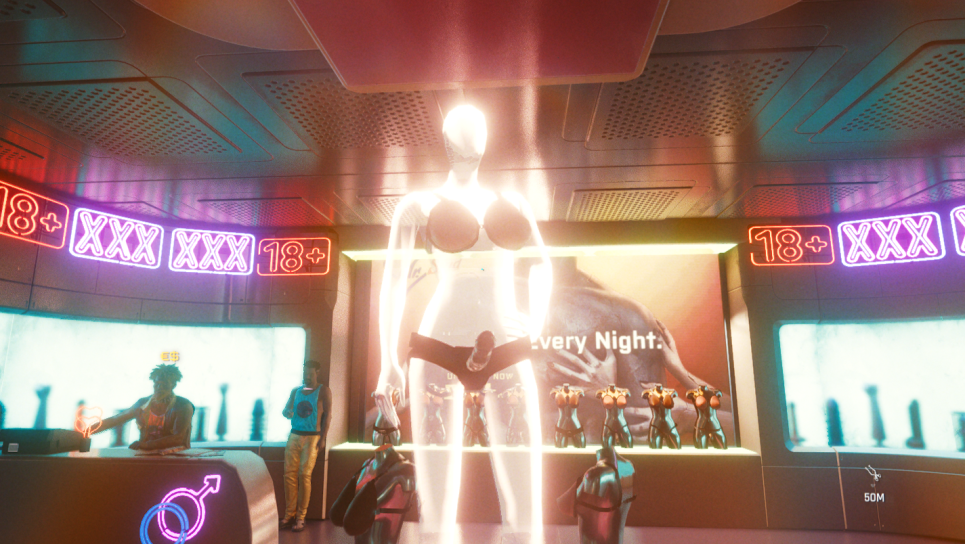 In an interview with Kotaku, Senior Quest Designer and CD Projekt Red member Philipp Weber addressed this very unusual problem and explained why they are in the game in the first place.

“We wanted Night City to be pretty open sexually, where something by today’s standards might be taboo or kinky is very normal and commonplace by 2077 standards.”

That being the case, he and the rest of the developers realized that the overabundance was a bit much, and so there will be adjustments to make things more leveled at the very least.

Be sure to check out our related feature on Cyberpunk 2077’s developers addressing the performance issues and why they didn’t delay the game again here.

Cyberpunk 2077 is now available on PS4, Xbox One, Google Stadia, and PC. The PS5 and Xbox Series X|S versions.