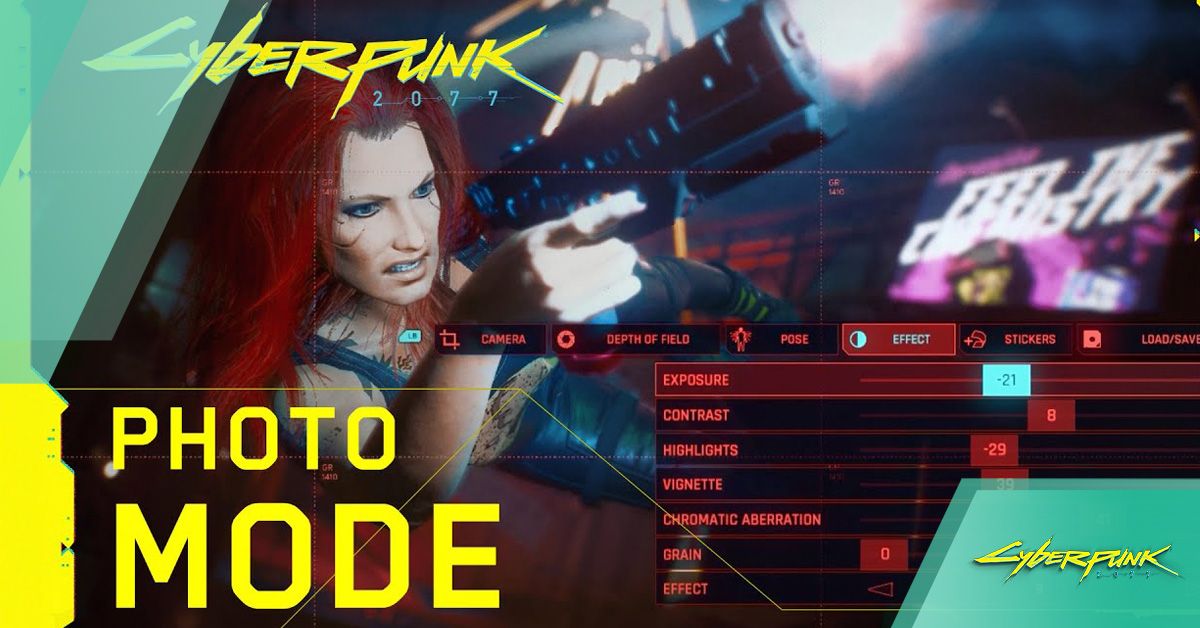 With just a week to go before it finally hits next-gen and current generation consoles, CD Projekt Red is doing all it can to keep the hype train up for Cyberpunk 2077 — including releasing this brand new trailer that spotlights all of the things you can do and capture in the game’s Photo Mode!

Check out the trailer below from the Cyberpunk team and see some examples of what you can do with this tool that’s become popular in many games of today.

Similar to games like Horizon Zero Dawn, Death Stranding, and Insomniac Games’ Spider-Man games, Cyberpunk 2077’s photo mode let’s players capture their perfect moments and poses they’d want to immortalize and customize to their personal liking. After pausing the game during gameplay or a key sequence, the player can tweak the photo with the use of the camera, depth of field, pose, effects, and sticker categories, and then adjust each sub setting according to their specifications. They then can save and upload the photo to be shared in their respective social media accounts, or serve as an awesome new wallpaper for their computers and desktops to remind them of their own unique experiences with this futuristic game.

If you missed out on the other highlights and news, be sure to check out our other Cyberpunk 2077 articles here.