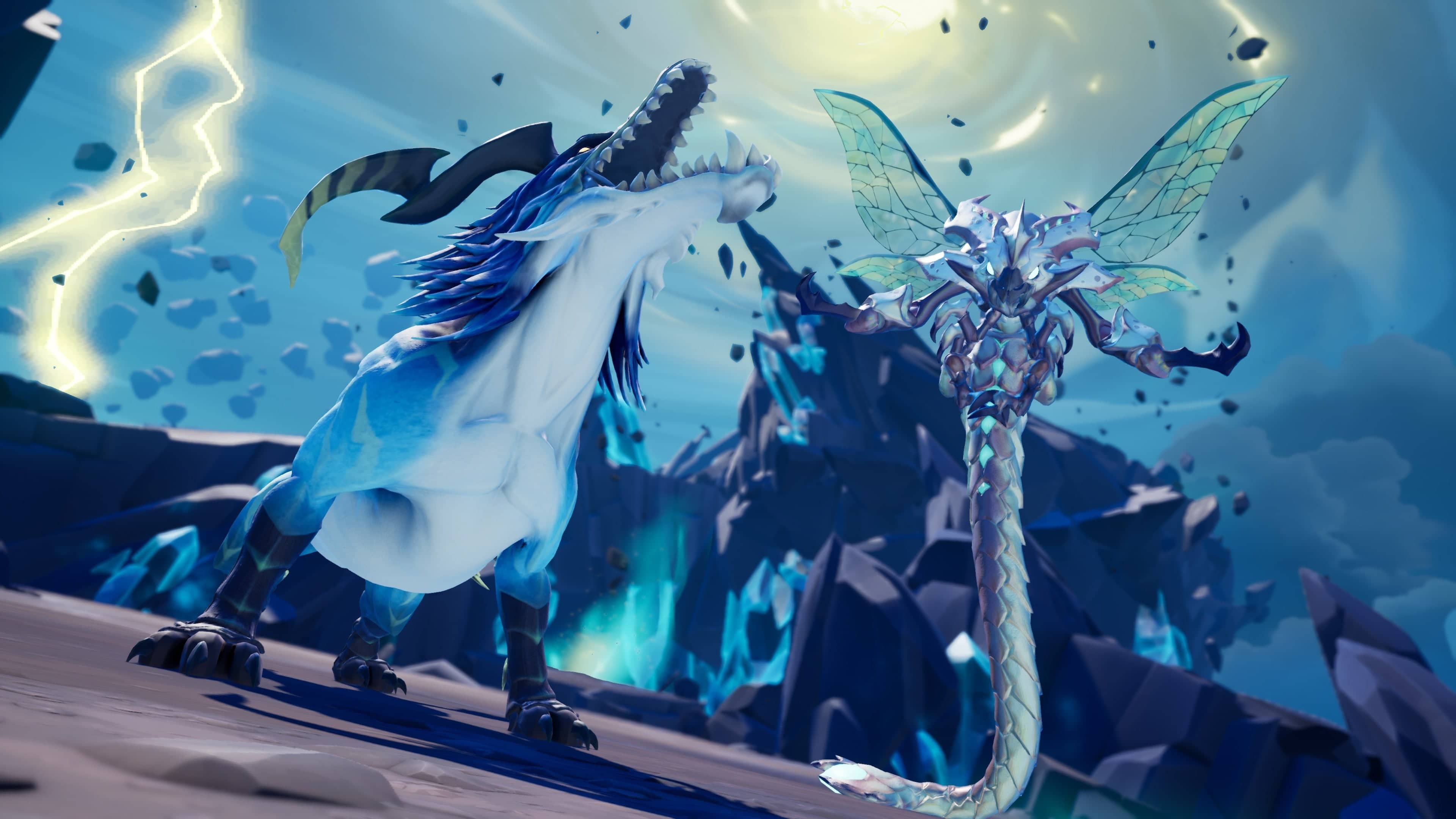 Phoenix Labs has released the Dauntless update 1.71 patch notes, which is for title update 1.8.1! This title update for October 28 includes a new Omnicell, gameplay changes, a new pass, and more! Check out everything new in the notes below.

Forge your life force into a weapon. Use Revenant’s active ability to summon tenacious tendrils and inflict massive damage to your foes — but be careful, this consumes health which cannot be regained until Revenant’s benefits end. As a passive, Revenant grants lifesteal. Use Vengeful Hearts dropped from a Bloodshot Shrowd to craft this new omnicell.

A stronger, more devious Shrowd has appeared on the Shattered Isles. The Bloodshot Shrowd not only corrupts Slayers, but steals their health to unleash its true power. Slay it on Twilight Sanctuary in the Ritual of Blood island event. Read the new Twilight Observer lore node on Twilight Sanctuary to uncover this Behemoth’s secrets…

The Bloodshot Shrowd also drops a rumour for the Shadow Scythe axe skin.

From October 21 to November 1, find and complete the quests outlined in the Mysterious Notes to unlock the Unseen Neophyte Event Pass.

This free event pass grants the Unseen Recruit Armour on completion. Show your support for the nefarious Unseen cultists with this unique cosmetic set.

We’ve added a new controller preset. You can toggle between the Slayer and Hunter control schemes in the settings. Find out which one you prefer!

We had planned to remove ace chips from the game and convert existing ace chips to aetherdust in 1.8.3 with the goal of reducing the amount of different currencies in the game. Due to an error, some of this work made it into 1.8.0, resulting in wrong aetherdust values at the Middleman.