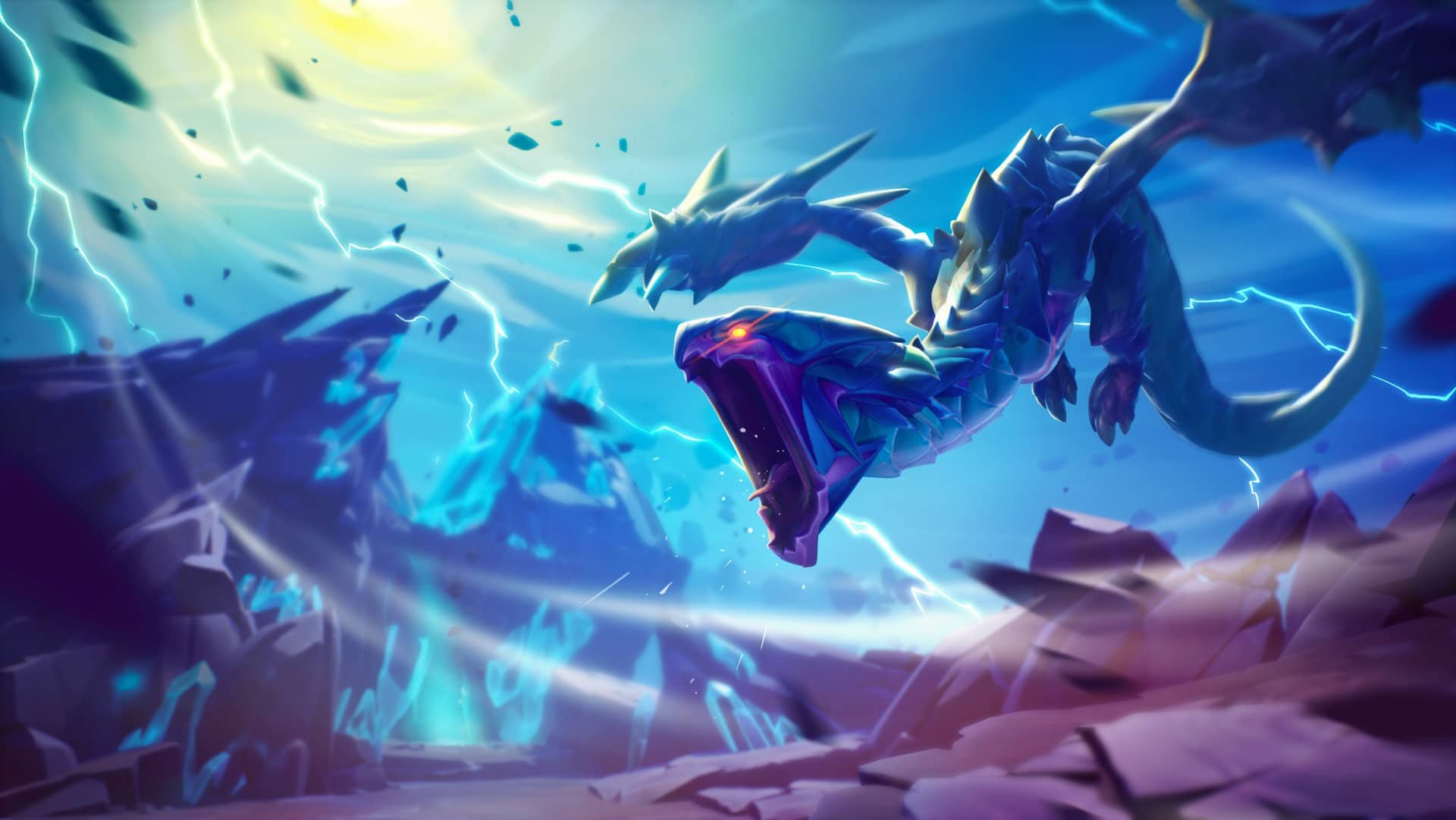 Phoenix Labs has released the Dauntless update 1.75 patch, which is for title update 1.9.0! This includes a new Hunt Pass, bounty system update, bug fixes, a new reward cache and more! Read on for the cmplete Dauntless January 20 patch notes below.

The Lawless Skies Hunt Pass is brand new for 1.9.0 with a full armour set, two weapon transmogs, and more. If you’re looking to flaunt your skullduggery, this is the pass for you.

Starting in 1.9.0, purchased Hunt Passes will never expire! They will be yours to keep, and you can complete them at your leisure.

The Bounty system has received a tune-up to allow you more control over how you spend your bounty tokens and the bounties you draft. Using one additional bounty token, you can upgrade your bounties once from bronze to silver, or from silver to gold.

Furthermore, after patch 1.9.0, bounty tokens will no longer expire at the end of a season, and your free and premium bounty tokens are now combined into a single currency to help streamline the system.

We’ve rebalanced many island events in 1.9.0 to either reduce their time to complete, reduce chaos, or keep them narratively cohesive. We want all events to be enjoyable experiences that make sense in the world of Dauntless, and we have even more island event balance changes coming in 1.9.1.

This encounter was way overtuned, and these fights took much too long for the island they appear on. The time between crystal spawns and the duration of the buffs increasing keeps Slayers fighting longer while pulling away to refresh their buff less often.

Firewalls have just a few too many strange collision issues, and we’re pulling it out of these events until we can address them. While this event is on a Shock focused island, we have reframed the event to emphasize Blaze.

This event was far too chaotic — stacking Behemoths, a lesser Behemoth, additional lightning towers, and shock zones all at once in its second round. These changes smooth this event down to a focus on the impact of having the smaller Nayzaga’s involved at every stage. We’ve extended it to a third round to provide a finale with additional rewards.

This event had a few random Behemoths in it that didn’t feel like they quite hit the theme. We’ve adjusted the pool to keep this event to the ‘point’. The styxians that spawn have been reduced in frequency to make it feel like a meaningful moment. Finally, this event now ends in a solidly thematic fight against Kharabaks.

Cold Snap is the lowest level event that features fauna as part of the round structure (outside of Aether Surges). The implementation felt like it didn’t have a narrative thread, and it no longer fit the desire for Slayers to have a meaningful reason to engage fauna. This event now finishes with a big fight against Boreus, while introducing you to its fauna as you go. This means less total fauna spawns, ensuring that they give the Boreus buffs.

This event added quite a lot of chaos for the island level it occurs on, with elemental attacks on the Shrikes, multi-Behemoth fights, and fauna. We’ve streamlined this event down to be a straightforward test for a fresh Slayer’s understanding and mastery of Shrike, finishing with a confrontation with Dire Shrike a few islands earlier than a player might normally meet it.