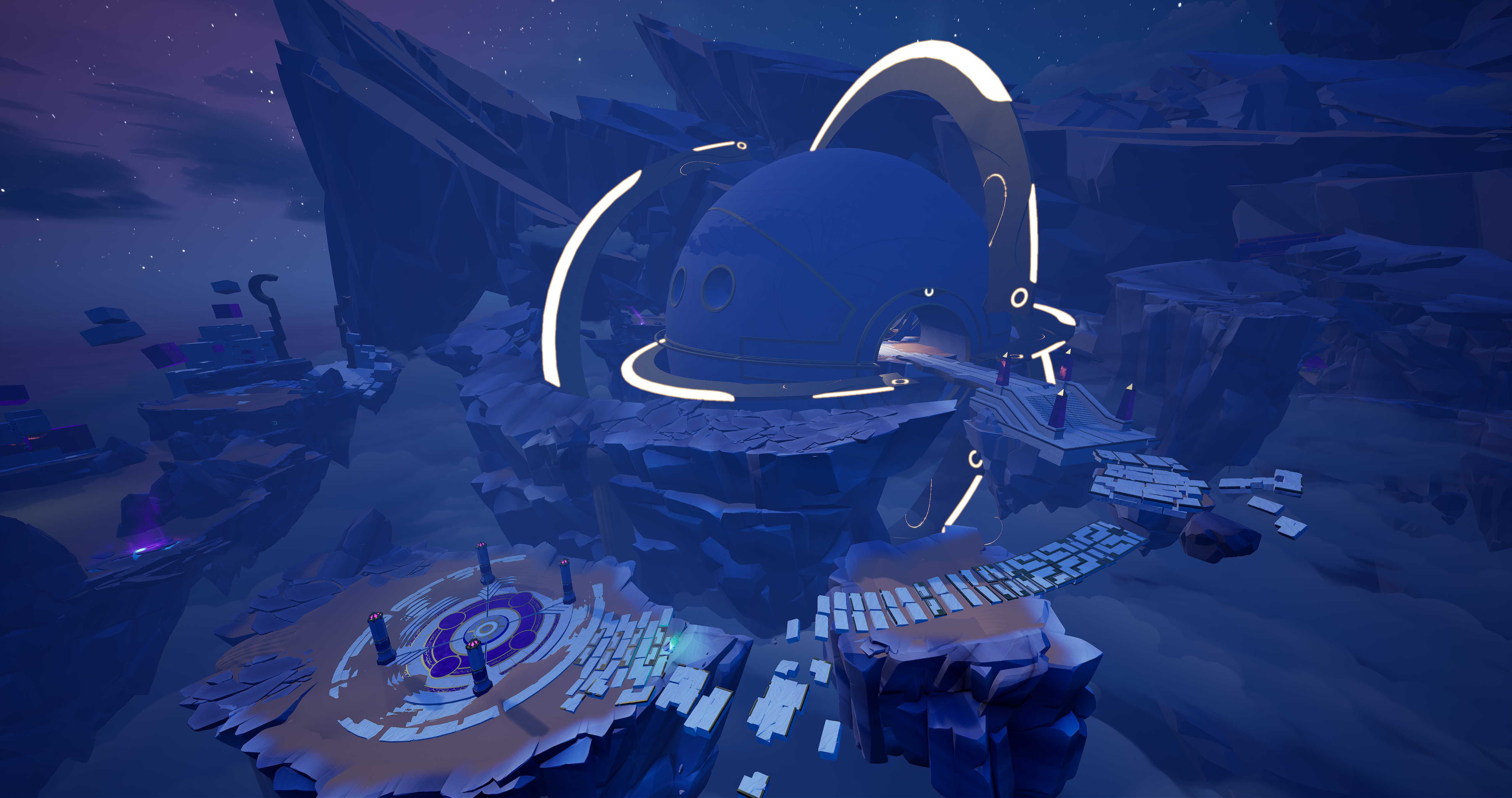 Phoenix Labs has released Dauntless update 1.83 (PS5 version 1.000.011), or more known as the Return to Light title update patch 1.10.3! This adds a new behemote, new gear, the return of Escalations and more! Read on for the full Dauntless May 26 patch notes.

The Alyra’s roars are almost musical, perhaps even beautiful. Each call is a note in symphony, rising in crescendo until a terrifying, deadly finale.

Alyras can create elemental glyphs that, when activated, change the Behemoth’s aetheric abilities. Blaze glyphs allow it to breathe hot flames. Frost glyphs allow it to summon freezing winds. The same is true of the entire aetheric spectrum, save umbral. If Behemoths are starting to draw power from all kinds of aether, the arrival of the Alyra could mark the next evolution of Behemoth-kind.

Hunt Alyras in the new Melodic Convergence Island Event on The Paradox Breaks and in various Escalations.

Escalations return! Travel to a distant Avellanian research facility, built atop the ruins of an ancient temple, and help stop the Chronovore for good. Uncover the secrets hidden in this place of power to get an advantage in battle.

Radiant Escalation features new amps to improve your Slayer between rounds, including Homefield Advantage, which turns your banner into an inspiring support item, and Earthshaker, which turns your jumps into powerful attacks.

Use parts from the new Behemoth Alyra to craft Glyph Weaver weapons and the Spellbound armour set.

Unique Weapon Effect: on lantern use, spawn a glyph that charges after 3 seconds, based on your active glyph type. Once charged, the glyph will break when a Behemoth makes contact.

The Invigorated mobility cell can now be obtained from cores or by fusing cells at the Middleman. The Spellbound Hood and Spellbound Gauntlets crafted with Alyra parts also grant this perk.

The Andari Assassins emerge from the shadows once again. Just in time to help in the fight against the light.
Shadow Slayers brings brand new rewards while Secret Assassins contains returning rewards originally available in Hidden Blades (2019).

Heroic Radiant Escalation enters the weekly rotation on June 23. Complete it to unlock the Crest of the Chronovore crown. Conquer all six Heroic Escalations and acquire each crown to get access to the legendary Crown of Many Colours.

The Champion’s Light lantern skin is now available at Lady Luck’s shop. Slayers must have successfully held a place in the top 100 of the Trials leaderboard to see this item on offer.

Returning to Radiant Escalation was a great opportunity to think about Escalation as a whole. One of the biggest changes to the game mode is the removal of the Strega’s Tonic talent and the addition of Strega’s Harvester.

Strega’s Tonic created a problematic design space for Escalation. While the mode has a lot of defensive power, always-on lifesteal for all players of all skill levels makes designing true challenges… challenging. With the addition of Iceborne and other defensive omnicells, Strega’s Tonic no longer contributed to the kind of experience we wanted Slayers to have.

On the other hand, adding Strega’s Harvester should now make it more rewarding to play Escalations past Talent Level 25. Slayers may not be able to choose the Behemoths they see, but they’ll receive more total breaks than they would have previously. This also gives Slayers an additional way to increase their odds and reduce the time spent getting the parts they need to craft legendary weapons.

With the Chronovore no longer feeding on this island, it was the perfect opportunity to revisit this Hunting Ground. We’ve heard feedback on the modifiers here and on how the obstacles to hunting the Chronovore are sometimes too great for it to feel fun. This island now has a new boss Behemoth and a simpler way to lure it out of hiding.

Since its first appearance on The Paradox Breaks, we’ve been iterating on this encounter based on player feedback. 1.10.3 includes some changes to attacks, making them easier to read and understand. It also brings more improvements to collision for times when the Behemoth is moving quickly. We’ll continue to look at your feedback as we prepare Soulreaper Chronovore for Heroic Radiant Escalation.

We’ve heard that some of the Radiant effects in Dauntless (in particular the blinded effect caused by Rezakiri and radiant smollusks) can be painful for players with more sensitive eyes. These changes are a step toward a better experience for photosensitive players, but we know there’s more to do. Please let us know your feedback so we can iterate and improve our radiant light effects.

This change may not be noticeable at first, but this is the start of some major improvements to how beams and projectiles work in game.

Rust Update 1.40 Swims Out for Deadly Catch This May 26

Epic Games Store Free Games This Week of May 26, 2002 Features BioShock: The Collection