While Days Gone might be Sony Bend’s new baby, much older gamers will remember the studio for one of Sony’s most famous franchises back in the day in Syphon Filter. Well, it seems there’s a few Days Gone Easter eggs in the game that directly (or indirectly) references the stealth action franchise.

Note that some of the info below might be considered spoiler-ish for some, so proceed at your own caution.

There are a few references to the Syphon Filter series found throughout Days Gone. While The campaign doesn’t explicitly state it it has any ties to Syphon Filter, a key character, O’Brian does hint at a possibility. In the later portion of the game, when a new enemy type is being introduced, O’Brian makes a suggestion that the infection may have been designed and engineered to target specific genes in said subject to produce set results. Deacon responds by asking if O’Brian was suggesting it was an act of terrorism. The subject is then quickly dropped and never discussed again by O’Brian or Deacon.

For those familiar with Syphon Filter, then you’ll know that this right here sounds very similar to the Syphon Filter virus which was  “a bioweapon that one can program on a genetic level to target specific groups of people.” While the comparison may seem like a stretch, it is all later confirmed to some capacity by a late game collectible. Titled “Classified Virus Research,” this collectible is number 28 and the last of the Tourism collectibles. It’s found in the research facility (only accessible when you reach a certain point in the game).

It reads as follows: 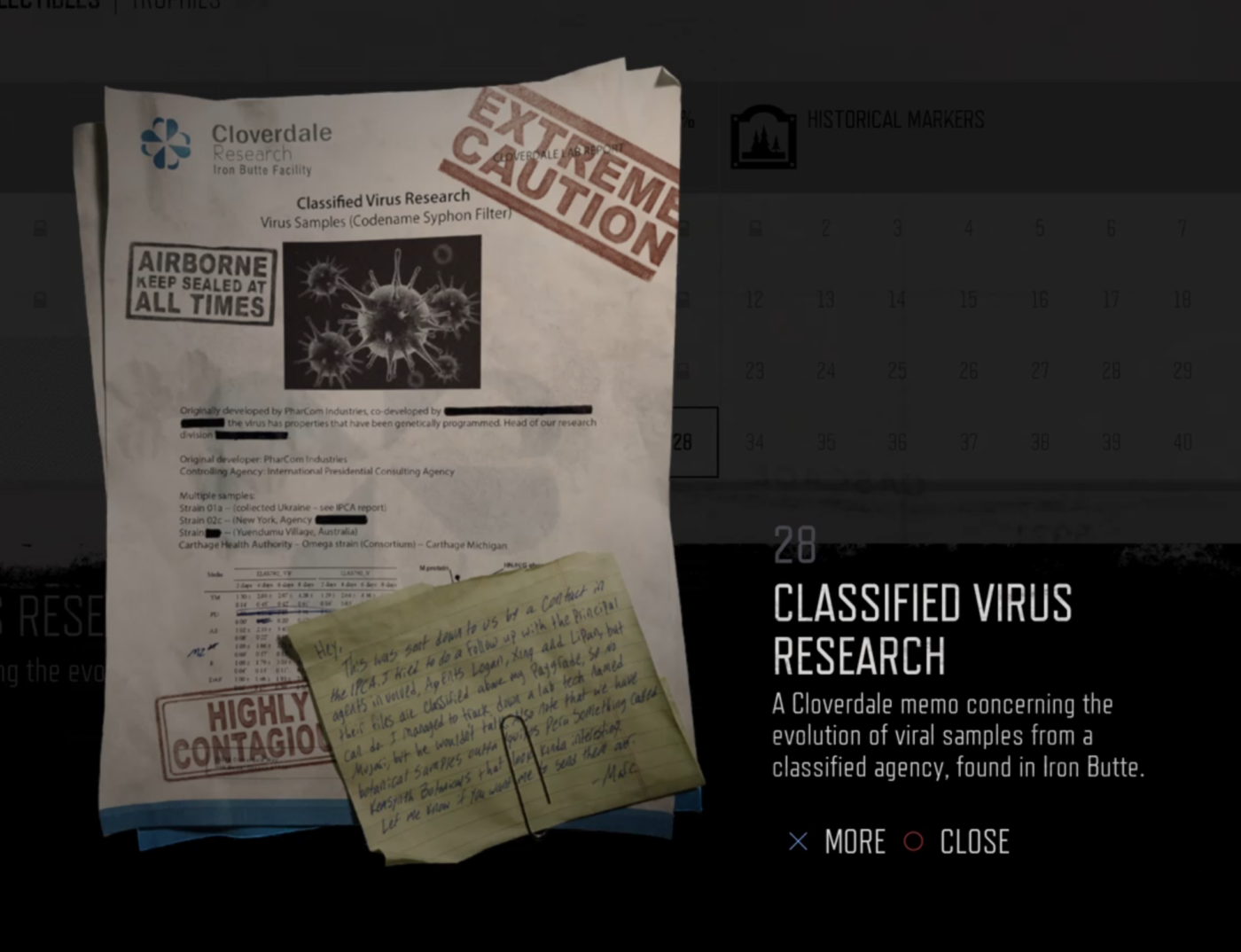 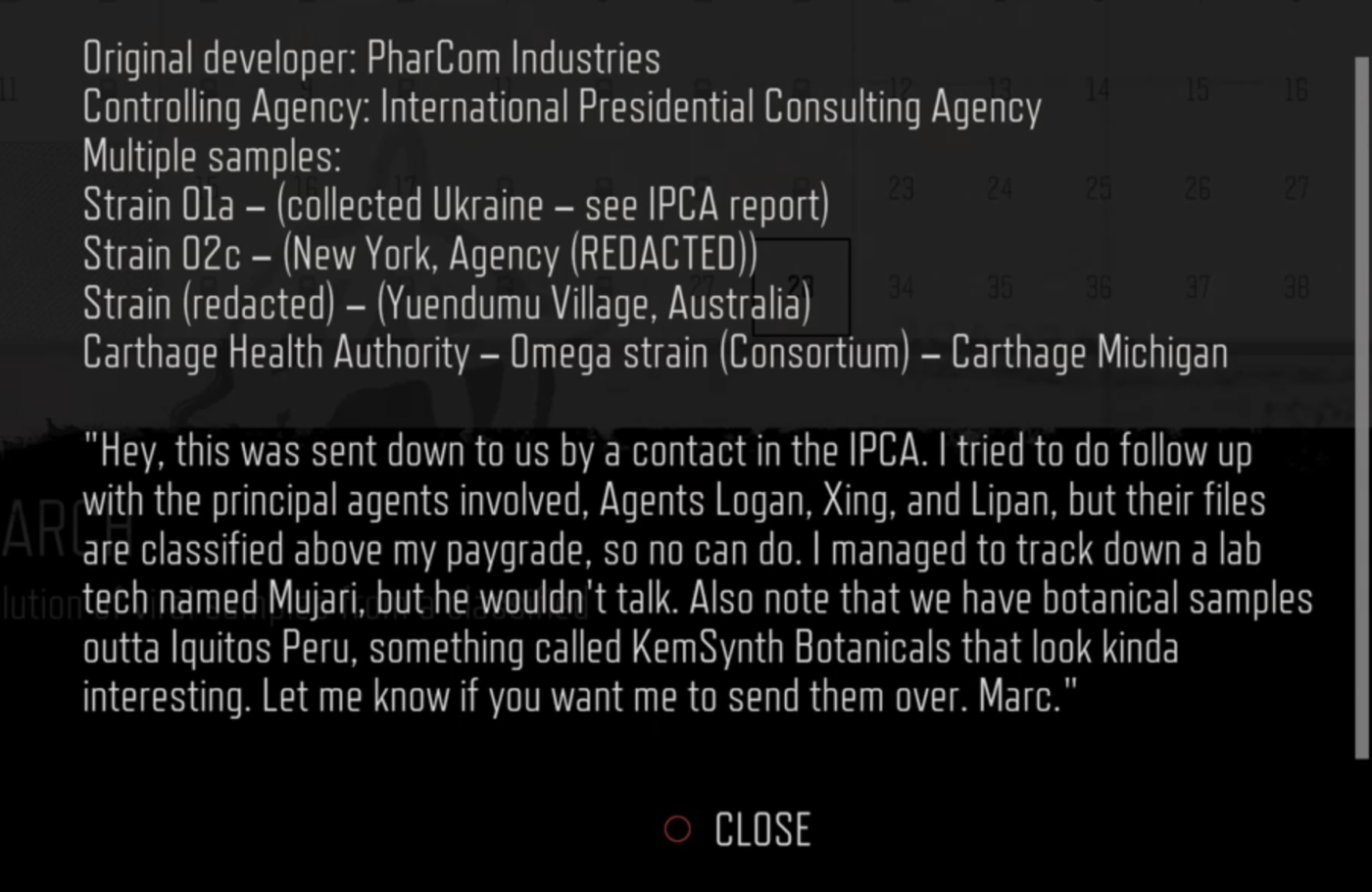 Seeing that there are different strands of the Syphon Filter Virus, it is very much possible that the big Virus in Days Gone may have been yet a newer strand that happened to get released on the mass population. It’ll be rather interesting to see where this all goes. One thing that I don’t recall (may have missed it) from playing the campaign is the year this all takes place in. If there is indeed no year stated in the game, its very possible that the events of Days Gone takes place sometimes after Syphon Filter timeline. One could argue about the technology in Syphon Filter, but this may be explained just by the fact that the game takes place in a secluded location.

Me personally, I think its just a nod to the game or just a spin-off if they were gonna go that route.

On another note, the game also features an unlock Stun Gun called “IPCA STUN GUN”, which for those who don’t know, the Stun/Taser Gun is a recurring weapon in the Syphon Filter series. I’ve yet to unlock it myself but this is a nice nod to the series.

Would you want to see Sony Bend make another Syphon Filter game? Let us know your thoughts in the comments.

Asia PSN Store Sale “Big in Japan” Now Live, Here Are the Discounted Games (Up to 90% Off)