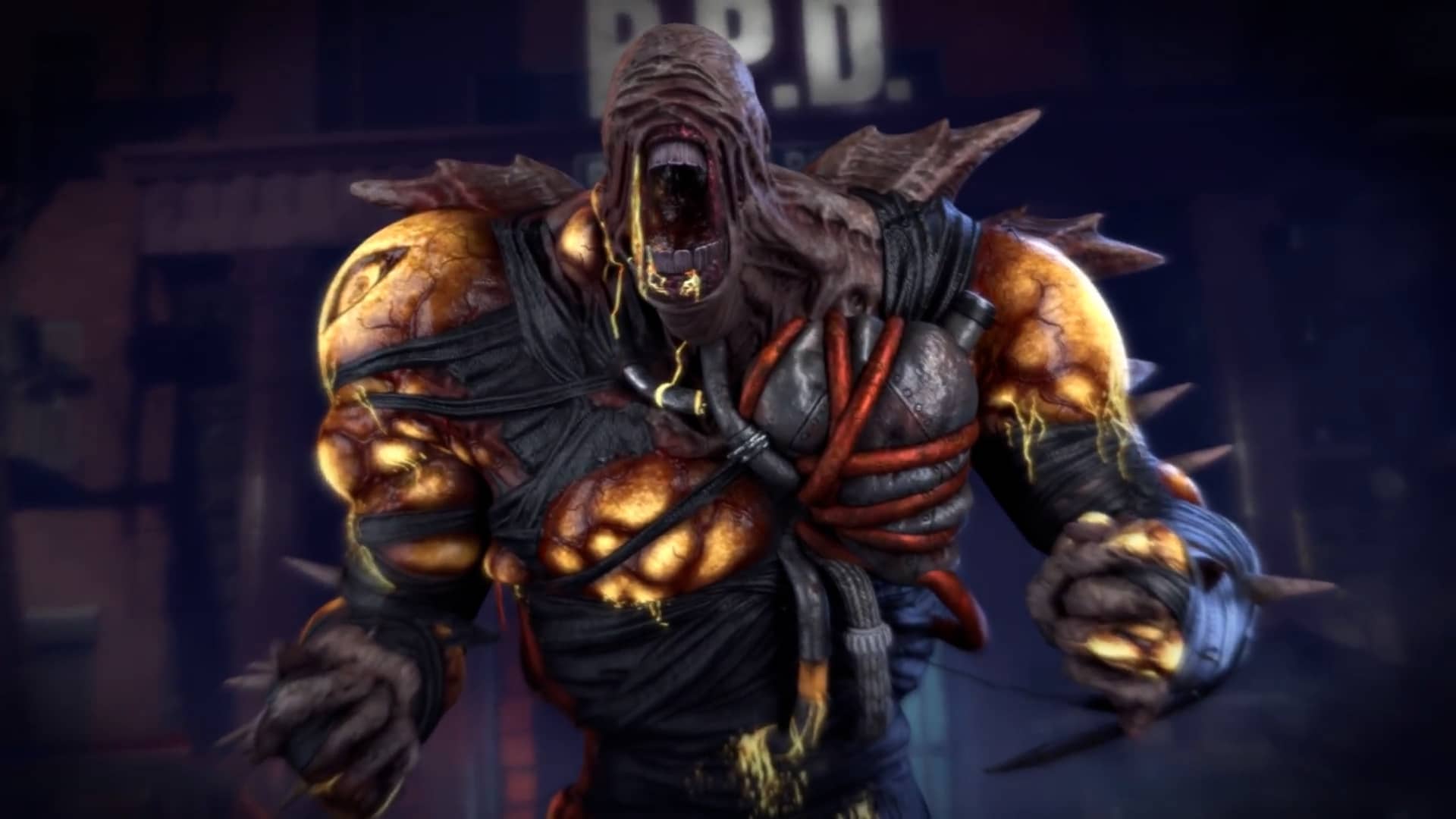 Enter the world of survival horror with a crossover of epic proportions, as Dead by Daylight Resident Evil Collection trailer and details have been released — showing off the legendary heroes and characters of the series as well as a new enemy in Nemesis Blight!

Check out the trailer showing off the RE collection in action for the game.

Putting together the iconic heroes of the first two Resident Evil games and their sequels is a no brainer, as Jill Valentine, Chris Redfield, Leon S. Kennedy, and Claire Redfield are household names to fans of the Resident Evil series. Celebrating 25 years of the franchise is a big deal, and Behaviour Interactive honors the occasion by making available the familiar outfits of the heroes and giving one of the most recognizable bad guys in Nemesis a new makeover — turning him into Nemesis Blight.

Legendary characters. Iconic outfits. Nemesis Blight. Putrid serum. The Ne-a Type parasite. Put them together and you’ve got a blighted version of the Nemesis beyond our Survivors’ darkest nightmares. Thankfully Jill, Leon, Chris, and Claire are ready and waiting in their signature outfits to rise to the challenge.

These RE themed sets are now available at the in-game Dead by Daylight store.

Check out the notes and bug fixes for the latest Dead by Daylight update here. The game is available to play on PC, consoles, and mobile devices.