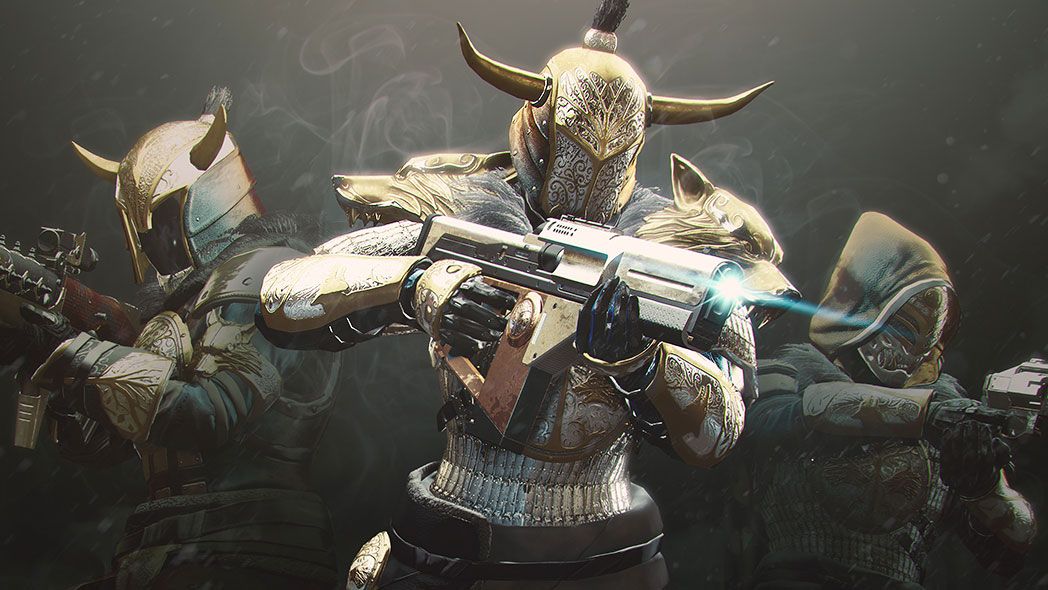 Those looking forward to new PvP challenges in Destiny 2, youll be getting that come next week, as Bungie has announced the Destiny 2 Iron Banner is returning next week!

Bungie says there will be “a few more weeks” with increased rewards for Vanguard, Crucible, and Gambit, with more details shared soon.

In addition to the Iron Banner, Bungie talks about some of the back-end changes coming to Destiny 2 via the upcoming Beyond Light expansion.  Here’s the rather long chat about with one of the devs.

TALKING TECH – PREPARING FOR BEYOND LIGHT

With Beyond Light on fast approach, it’s time to shift our TWAB gears a little. Today, we’ll be talking through some of the back-end changes that will be coming to Destiny 2 on November 10. To guide us through this process, we’re passing the mic to Destiny Engineering Director David Aldridge.
DAldridge:  When Destiny 2 launched three years ago, we had no idea that in 2020 we’d announce a new trilogy of expansions (among other 2020 surprises we didn’t anticipate).  At the time, we thought Destiny 2’s arc would look a lot more like Destiny 1 – a couple of expansions, and then a sequel.
We learned many lessons from the transition to Destiny 2, and from shipping Curse of Osiris, Warmind, Forsaken, the Year-2 Seasons, and Shadowkeep. When we evaluated those lessons, we decided not to pursue a Destiny 3, but instead to reinvest everything in Destiny 2 and make it all that it can be (check out our longer writeup on this choice here). To support that strategy, we’ve made several tech investments to help us sustainably evolve the game for years to come, and some of those investments are arriving in Beyond Light.
Many of these changes are under the hood and won’t affect your experience (except insofar as they help us deliver you more and better Destiny in the future), but some may result in neat improvements, curious behavior differences, or bugs. This means that, on November 10, some places and things will feel a little like Sliders (only 90s kids will get this), so we’d like to give you a rundown of some of the changes and possible side effects.
We shifted our mission scripting model to run on the Physics Host instead of the Mission Host (more details on this split here, in the interview with Matt Segur). In the long run this change will give designers options to create more novel mission mechanics by giving the mission scripting environment full access to the game state, instead of the much more limited access the Mission Host had. For example, the Physics Host knows exactly where enemy combatants are and what actions they recently performed – while the Mission Host only knew how many combatants were alive in a squad and what that squad was generally trying to accomplish. In Beyond Light we’re only launching the foundations of this system, and we look forward to evolving and leveraging it in the future.
We revamped our content building and patching pipeline for speed and install size. With the tremendous size of Destiny, our complete shippable content builds were frequently taking north of 24 hours. We made investments to bring that down to sub-12 hours, which resulted in a bunch of changes to our content and patching formats. We also took on work to allow us to cull content that we’ve upgraded or replaced – our previous patching system had limited capabilities here (due to trying to minimize patch sizes and other constraints), and the current Destiny 2 install has a significant amount of accreted ‘dead’ content (e.g. assets in the base install that were replaced in later patches).
We rebuilt our character face system. We know that how your Guardians look is important to you, and we’ve long wanted to add more player customization to Destiny. Our original system for player faces had some combinatoric content authoring problems – for example, every decal had to be authored completely custom for each player face permutation. This prevented us from extending this area of the game with more content and features. We’ve upgraded to a significantly more capable system (with e.g. runtime decal projection), which we hope to leverage for more player customization options in the future. As part of this process we reviewed the existing player models with our Diversity Committee and Employee Resource Groups in the studio to make small tweaks to existing player heads. We’re also building a list of Guardian face shapes we should bring to the game in the future in order to increase Guardian diversity in Destiny, with the long-term goal of enabling everyone to imagine themselves as their Guardian.

We relit portions of EDZ and Nessus. During the early stages of Beyond Light production the Lighting and Skies teams had a desire to provide a visual refresh to the two remaining D2 Year 1 destinations, EDZ and Nessus, as they enter their fourth year in rotation. To that end, the teams performed relights and global lighting updates to a number of locations on both destinations.

We’re excited to leverage these improvements to redouble our efforts on Destiny 2, and we aim to make Destiny 2 still feel like your home away from home.
Thanks,
-David Aldridge

Once the Iron Banner is up, we’ll be sure to let our readers know the Iron Bounties.
Source: Bungie
Tags: Bungie Destiny Destiny 2
Previous Post