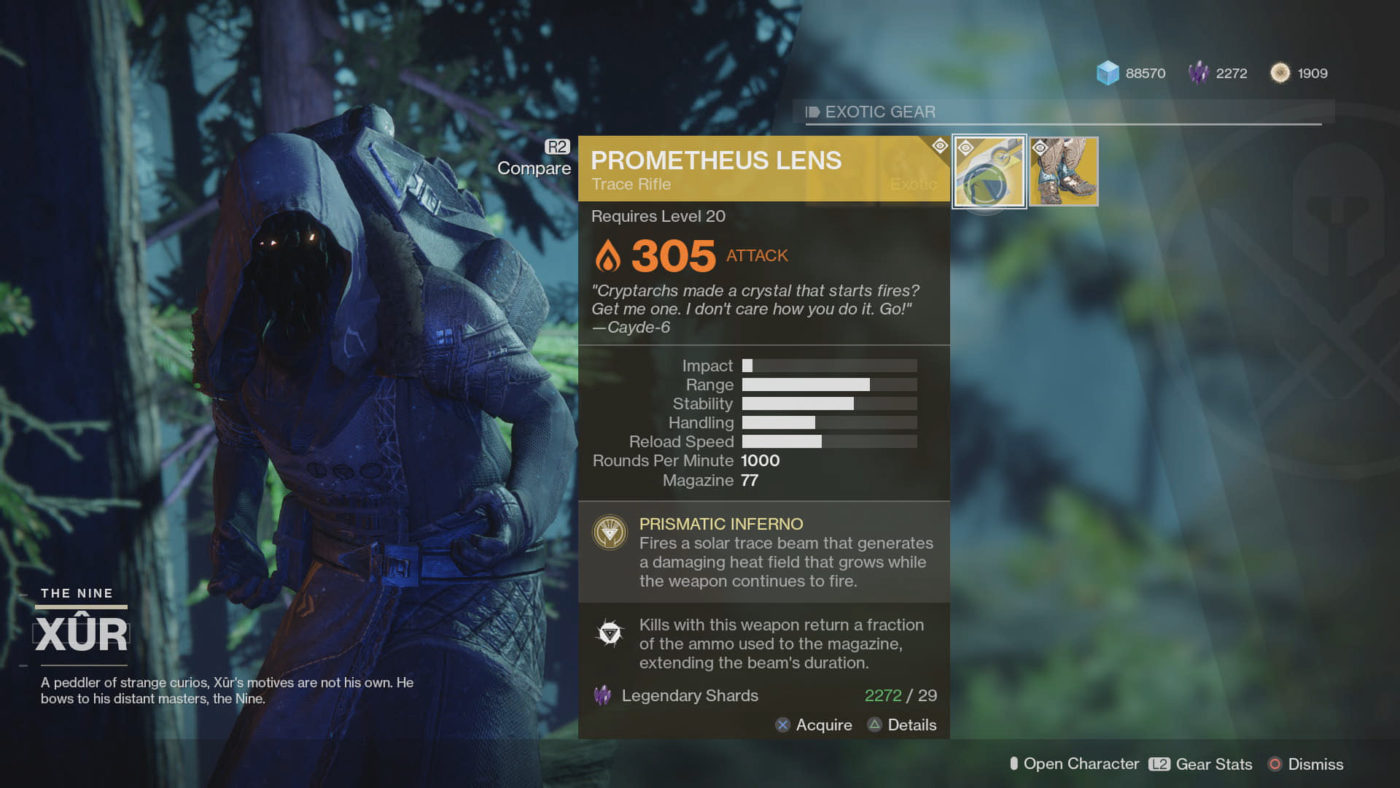 And now for a bit of Destiny 2 banter! Xur turned up yesterday stocking the insanely overpowered Prometheus Lens trace rifle. This absurdly powerful weapon can decimate opponents in the Crucible PvP mode, and presents a major problem when it comes to competitive play.

Reddit user JhonCensus knows how crazy the weapon is, and probably felt certain that there would be no way Bungie would allow Xur to sell it. JhonCensus went ahead and wrote a post taunting the mysterious “tentacle-faced s***,” daring Xur to sell Prometheus Lens and make the weekend a “100% Trials of the Lens.” If Xur followed through, JhonCensus promised that he would “shave [his] head and glue the hair to [his] face as a beard.”

If Xur sells Prometheus Lens tomorrow, I will shave my head and glue the hair to my face as a beard.

The hair appointment is scheduled. OP will deliver.

Edit 3: Just wanted to say I have heard your feedback on me making a hair appointment. Don’t worry, I’m always listening. Going forward, I will be communicating more frequently. Love, Census.

Well, it looks like that’s happening, with edits to his post at least saying that it is.

Even Bungie is encouraging the cutting of hair!

Did you make a bet that we wouldn’t let Xur sell Prometheus Lens?

It’s available in the EDZ. Your move.

Here’s hoping he follows through! Reddit Karma is everything, remember!