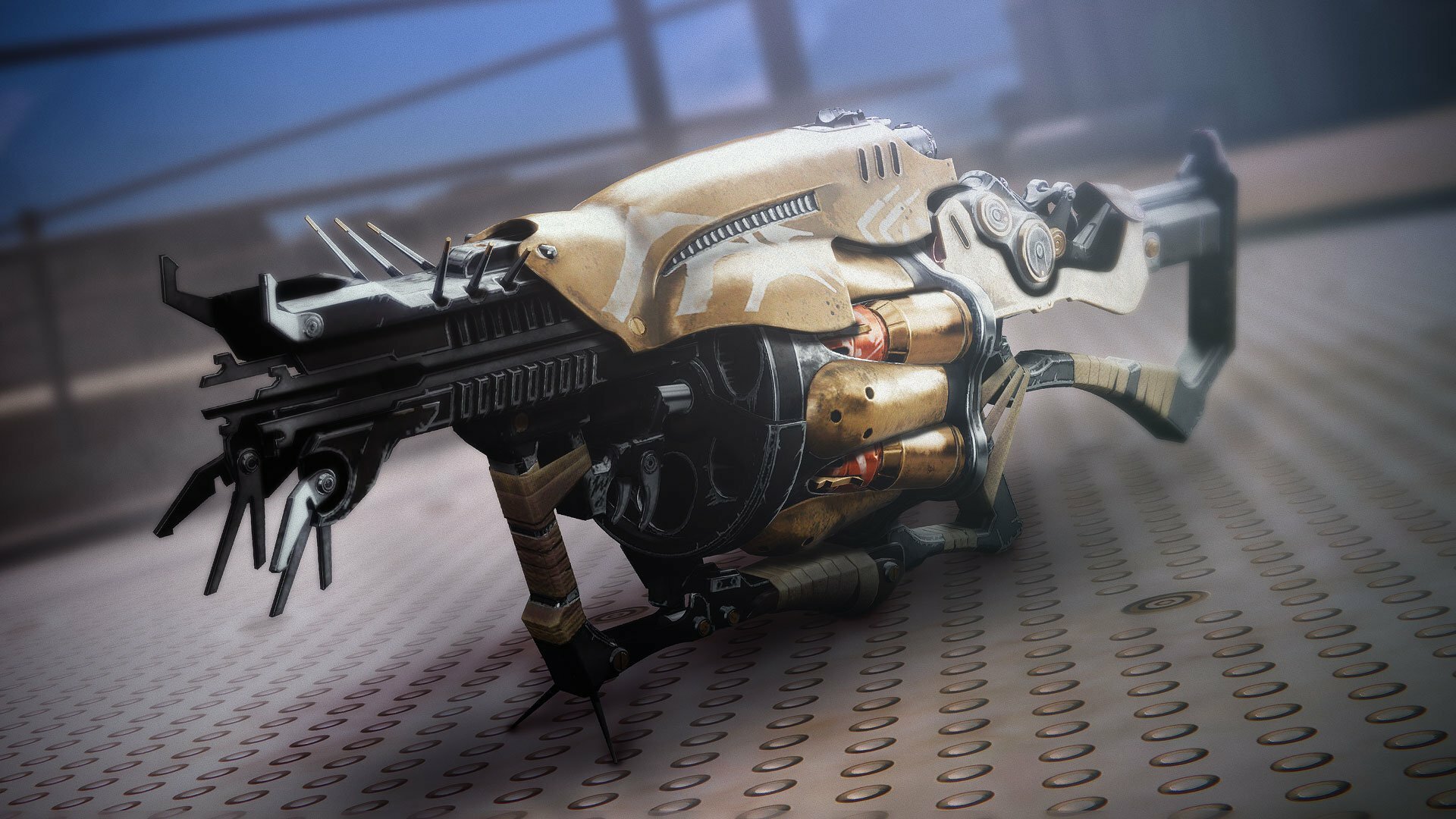 Prepare to rush into the latest season of Destiny 2 with some new guns and fixes, as Destiny 2 Season 15 weapon tuning changes and new weapons have been revealed, giving players some new stuff to look over with the new update for the game.

Here’s the details and overview of the changes via Bungie.

Next week’s update is ushing in a new Season and a big sandbox update to go with it. We have already covered ability tuning here, armor and mod changes here, and now it’s time to go over what is changing with weapons. Here is Weapons Feature Lead Chris Proctor with a full rundown.
Chris Proctor: G’day, it’s Chris again. We’ve got a lot to talk about for Season 15, including stasis weapons, a rework of Fusion Rifles, and several changes intended to make certain weapons more relevant in the new activity and with the new artifact mods. Let’s kick off by clarifying some terminology.

Some of the recent info on weapons we’ve put out has been confusing, and while I generally like to use our internal terms for concepts where possible, in some cases these require too much explanation to use them externally.
Here are some definitions and clarifications to help:
Falloff – Internally we use “falloff min” and “falloff max” to mean start and end, but moving forward we’ll use these externally, using damage as an example (but the same logic applies to aim assist and whatnot):
Projectiles – We’ve used various terms to describe these types externally, including borrowing terms from other genres (oops), but have settled on these:
Shotguns

Season 15 introduces Legendary Stasis weapons, and we’ve seen some concern about how these are intended to work, particularly in PvP, so here are some details:
Now that we’ve addressed Quickdraw’s permanent +100 handling buff we see more people using the quickswap glitch. The glitch uses combinations of inputs to animation cancel, allowing near-instant weapon swaps. We want the Handling stat to continue to have value on weapons, and don’t want – for example – Aggressive Shotguns to lose their key downside (slow swaps) due to an unintentional side effect of the animation system

Running out of Primary ammo has never been tactically interesting. Running out in hard PvE content or because you were on a tear in PvP was a weird and sometimes frustrating experience that we would like to not subject anyone to in the future.
Target farming Trials weapons is much more efficient in Season 15, and we have some cool new perks for players to play with that we wanted to put on Trials weapons.
When max Power levels on weapons launched, and we reissued several weapons, we saw how frustrated players were at having to regrind their favorite rolls, since the perks pools hadn’t changed. Based on that, our reissue guidelines from Season 13 onwards were to replace most of the perks. Turns out that that was an overcorrection, and that certain perks in the original pools had become part of the identity of a weapon.
Moving forward, the guidelines for reissues will be to remove the least useful 2-3 perks and add 2-3 newer perks that give the weapon some new options and may result in an entirely new top tier rolls without removing the old one.
We’ve made some small adjustments to the weapons reissued in the 3.2.1 update to move these in the direction of the new reissue guidelines (and if you were wondering why our Community Managers were asking for everyone’s favorite rolls, now you know).

Note: Exotics receive these changes as written unless otherwise mentioned in the Exotics section below
Breech Grenade Launchers are increasing as a pain point in PvP, and with the Shotgun nerf we’re seeing a small increase in usage. This change aims to reduce the ease of getting big splash damage for priming or cleaning up targets; we’ll watch how things change and make further adjustments in a future update if needed. Note that we’re fine with how they perform in PvE so have compensated there.
While Machine Gun usage is surprisingly high, we felt that they weren’t fulfilling their intended role in high difficulty content (ammo efficient add clear and secondary single target sustained damage).
Scout Rifles and Hand Cannons have felt weaker than we’d like in hard PvE content for quite a while. 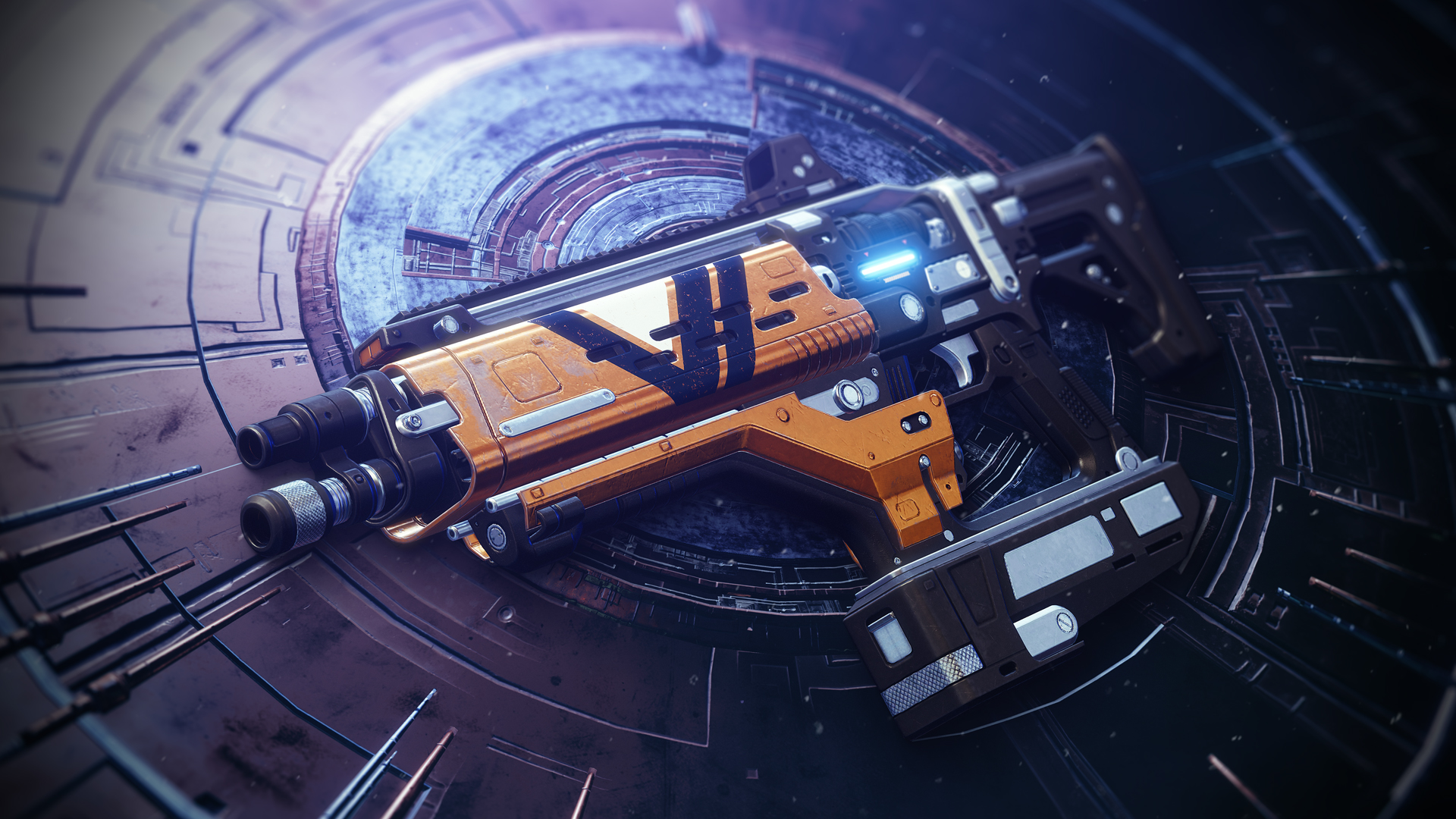 Fusion Rifles have benefited indirectly from the mid-Season 14 Shotgun nerf, but Fusion Rifle subfamilies weren’t as different from each other as we wanted, and weren’t all useful in a variety of content. So we looked at all of the options we had for diversifying them and ended up with some substantial changes. This isn’t intended to be a global buff to Fusion Rifles, but we expect some of these to be better counters to other weapons than they were previously 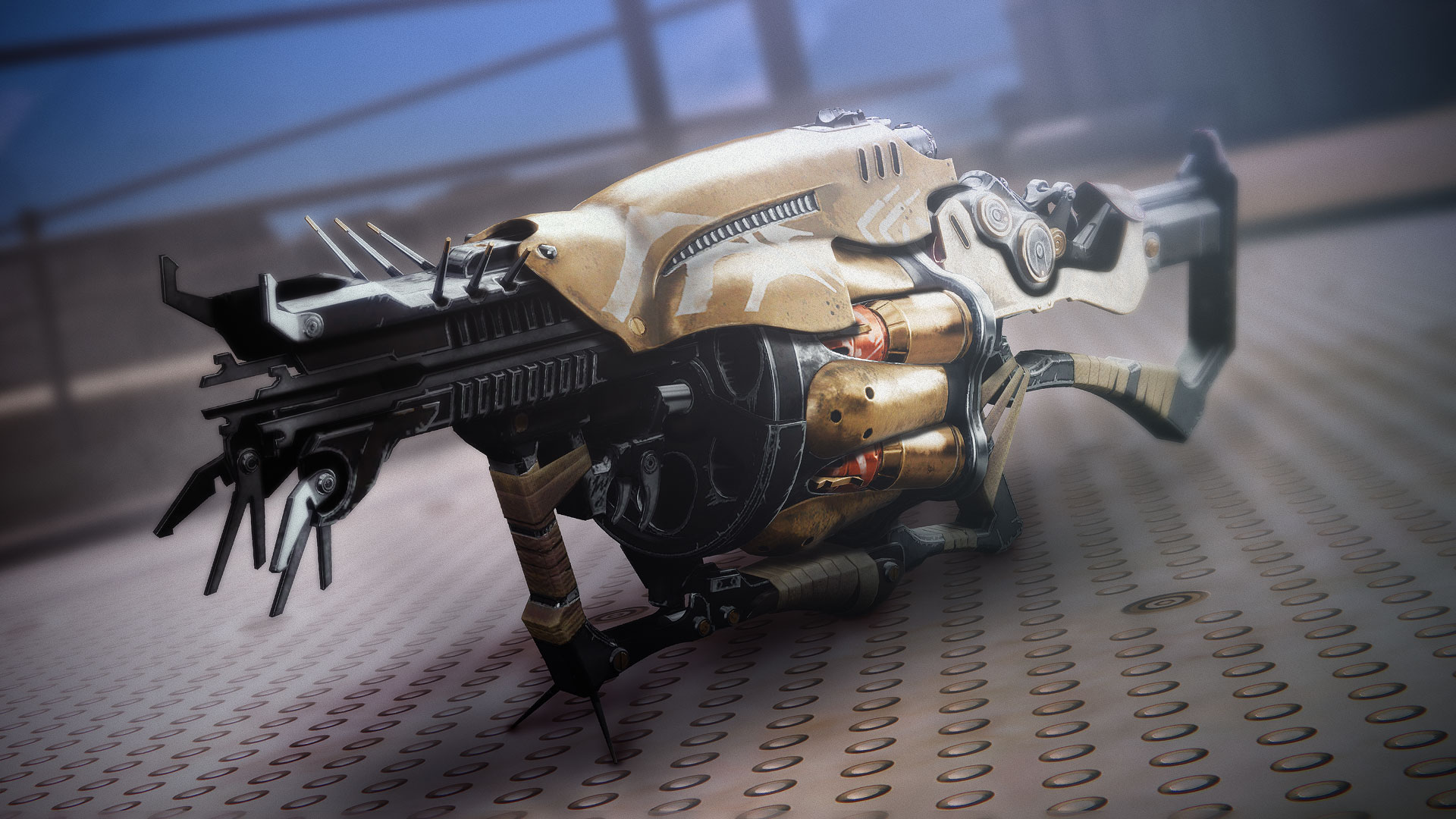 The Anarchy Exotic Grenade Launcher has been dominant for years now (we’re ignoring the Season with sweet Grenade Launcher artifact mods of course), being near-mandatory for certain raid bosses (combined with e.g. double slug Shotguns), as well as excelling as a solo weapon and for add clears in some encounters. We like that it’s a great choice for hard solo content, and trapping enemy spawns/chokepoints, but don’t want it to remain part of a dominant tactic for boss damage, and particularly don’t want it to be great for boss damage AND add clears in a single encounter. With this change we expect it to remain strong, without being borderline usable as a Primary weapon.
Xenophage was already top notch, so didn’t need to benefit from the global Machine Gun buff. It does benefit from the damage-per-bullet buff to Machine Guns, but now has slower rate of fire to compensate, resulting in slightly lower damage per second, but higher burst damage and sustained damage (since it’s now more ammo efficient).
Fighting Lion has always been fun but not dominant in PvE, so we weren’t worried about the impact infinite ammo would have there. However enabling fast, unlimited grenade spamming was too much in PvP based on internal playtests, so we’ve addressed that specific case without significantly impacting its feel in PvE.
Vex Mythoclast – We were cautious with tuning this one at launch, knowing that shipping a dominant weapon that has incredibly low ownership would break PvP, and aimed for “balanced, but erring on the side of not letting it ship too strong.” However, it fell short of balanced, ownership is much higher now, and we want it to be strong enough to be a desirable reward from Vault of Glass:
Merciless – We had to touch this anyway because of the Fusion Rifle changes, and figured if we’re in there we might as well make a buff we’d been thinking about.
Jötunn – because of how the charge time stat works with the Fusion Rifle changes, we made a small change to avoid breaking this weapon – in playtesting it makes almost no difference, but if I didn’t mention it someone would notice.
Bastion feels very strong with Shotguns being less dominant, so we’re preemptively adjusting it in PvP. It’s also super low usage in PvE, so we’re buffing it there too.
Sweet Business’s perk refilling the magazine when picking up Primary no longer works in a world without Primary ammo, so it’s been adjusted.
Perks
Firing Line – We like the idea of the perk; it was just giving away a bit too much damage for almost-free.
Certain damage perks only affected impact damage on explosive weapons, we’ve updated these specific perks to also increase detonation damage.
We also fixed incorrect rarity on some recently shipped weapon perks.

Weapon VFX were all custom and some didn’t meet our desired cool factor, so we’ve rebuilt these to speed up the process of adding new weapons or updating old ones, while updating the visuals at the same time.

We are still holding a lot of the details on Season of the [Redacted] close to the chest – including the new Season 15 arsenal you will start to discover next week. We do want to show off some of the other weapons you will be earning next Season.
Next Season’s ritual quest weapons is a rocket launcher with the Explosive Light perk. As is the custom, you can then collect Gambit-, Crucible-, and Vanguard-themed weapon ornaments by upgrading your rank on the vendors. 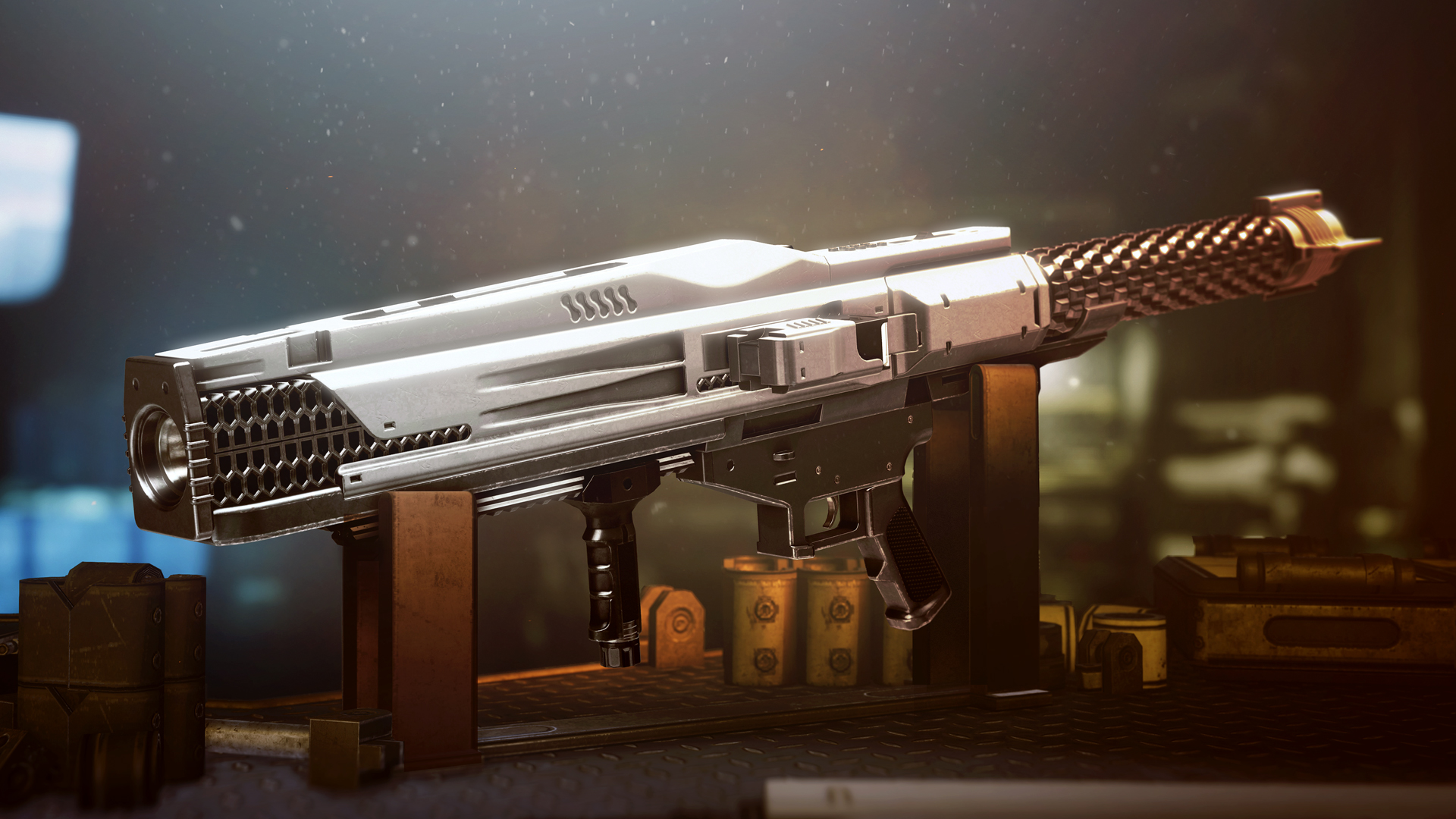 We are adding three weapons as post-game rewards for completing Vanguard Strikes, Gambit, and Crucible matches. These will drop randomly after completing these activities with random rolls. Here is a sneak peek.

We also have plans to freshen up the loot pool of the Prophecy Dungeon. We’ve seen a lot of feedback to bring forward weapons original reward from Trials of the Nine and thought that adding these to the Nine-themed dungeon was a great fit. These weapons have been upgraded with random rolls and certain ones will drop from specific encounters of the Prophecy Dungeon. 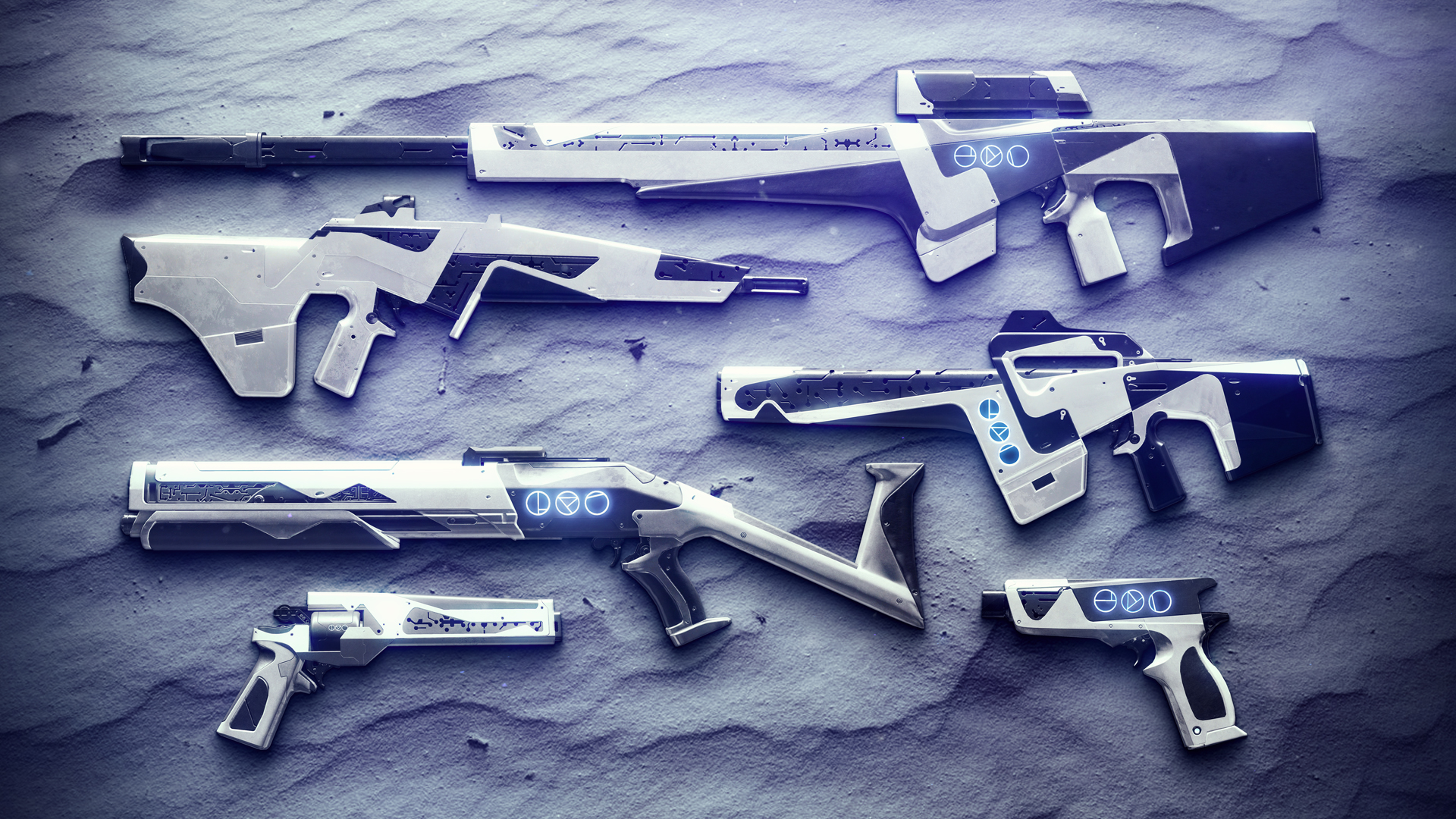 On top of all these weapons we are also updating the world pool with some fresh drops. Here are new weapons you can expect to start seeing pop up in the wild. 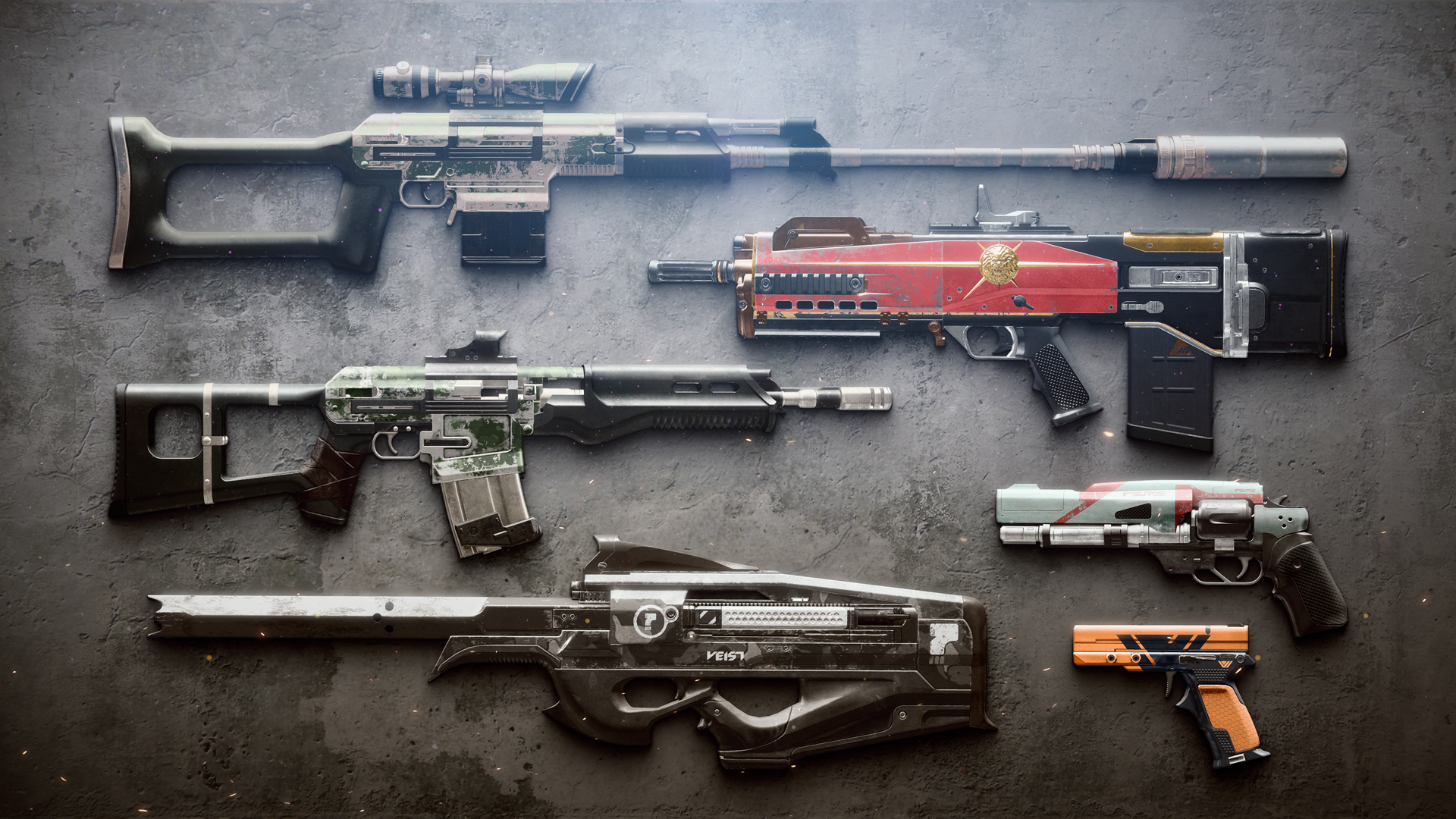 In other Destiny 2 news, the Trials of Osiris rewards for this week are out and you can read about it here.

Once the title update is out for Season of the Lost, we’ll be sure to let our readers know.