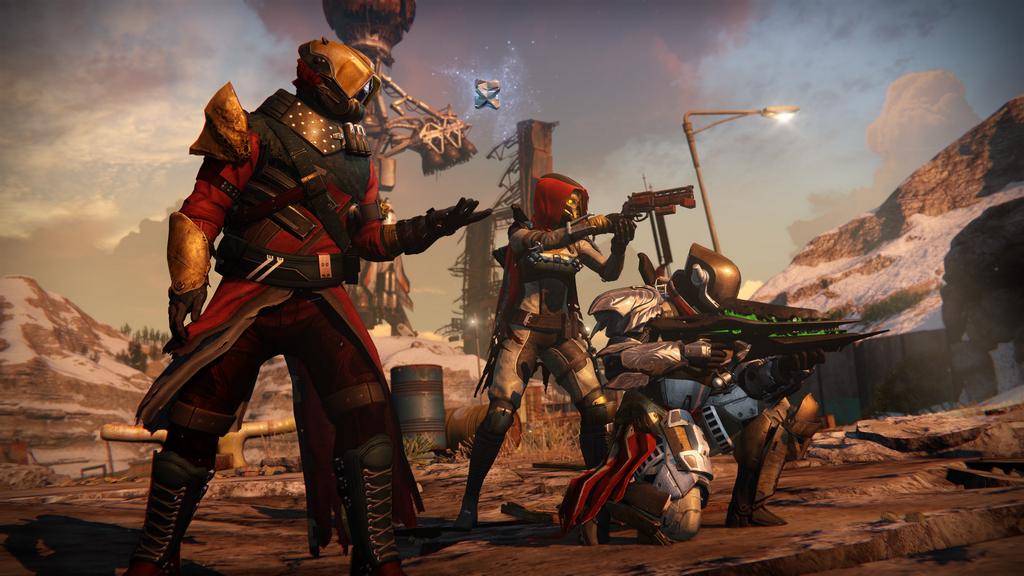 In The Dark Below, Destiny’s first PvE and PvP expansion pack, developer Bungie will be making a few very notable changes to the way powerful items are acquired and upgraded during your adventures.

As GameInformer discovered, there’ll be entirely new ways to upgrade both previously existing items and new items that are being introduced in the expansion. There have also been some improvements made to the loot system in the new Crota’s End Raid based off of feedback from the previous Raid, the Vault of Glass.

Older Exotic gear can now be upgraded in order to keep them competitive with some of the new more powerful Exotic items being introduced in The Dark Below DLC. This can be done by visiting the vendor Xur on the weekends, who will require the item, an Exotic Shard, and a hefty does of cash to make the transformation. With those requirements, you’ll receive a new version of the same item but with a higher maximum damage or defense. Item upgrade progress will be reset in addition.

Xur will possess a different selection of upgrades each week.

You’ll be able to purchase new DLC Legendary gear from vendors, like before, but each will require a Vanguard or Crucible Commendation in addition to Reputation and Marks. Commendations are rewarded when a new Reputation level is earned and arrives via the Postmaster.

These new upgraded items will be available to all players with or without the DLC.

Now, Ascendant materials (shards and energy) will only be used to upgrade regular Legendary items. Legendary items acquired during Crota’s End Raid will need to be upgraded using Radiant materials (shards and energy), which can be earned by progressing through the Raid, by breaking down other items from the Raid, or by trading with the new Vendor, Eris Morn.

Raid primary weapons will only be awarded to Guardians in the hard mode version of Crota’s End Raid, available later in January.

Loot drops from Crota’s End have been refined from the previous system used in the Vault of Glass. The game will pay closer attention to the items you already own and how long it’s been since you’ve earned a “fun” drop. Overall, expect more consistent rewards and items with a wider variety of potential perks.

What are your thoughts on the new loot and upgrade systems? Are you getting ready to upgrade your Guardian to Light Level 32?

Destiny Expansion I: The Dark Below launches on all platforms December 9.

Destiny Expansion I: The Dark Below – What’s New With Strikes, Raids, and PvP?