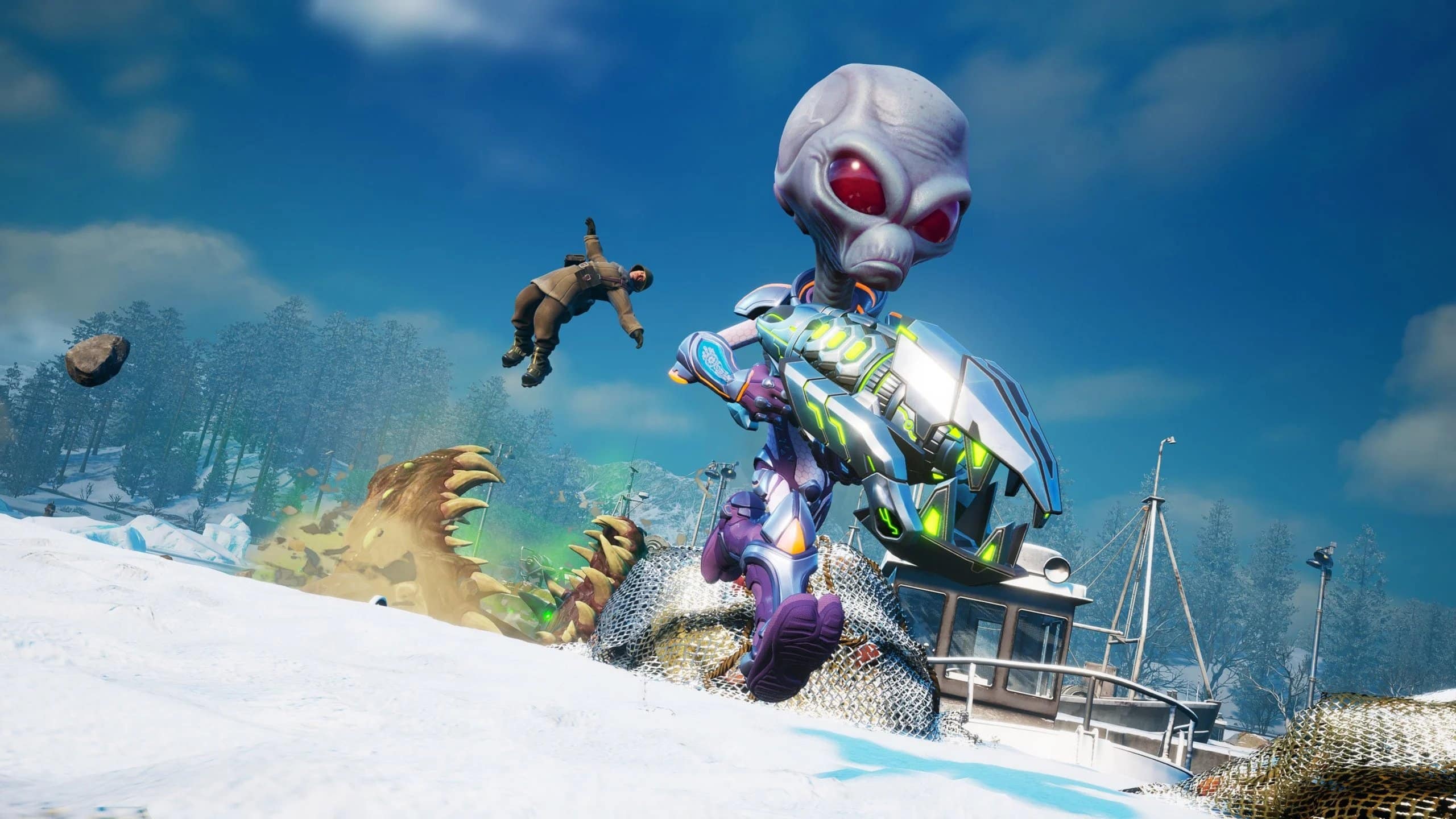 The Destroy All Humans! 2 locations trailer confirms a great number of cities will be included in the game. These include Bay City, Albion, Tunguska, Takoshima, and Solaris. These are all the cities in which Solaris will seek his revenge and claim human settlements.

These are all obviously fictional names, however, they are unofficially supposed to resemble real-life cities. These include San Fransisco, London, and Tokyo.

Destroy All Humans! 2 – Reprobed is available for pre-order now on the PS4, PS5, Xbox One, Xbox Series X/S, and PC via Steam, and is set to launch this August 30.