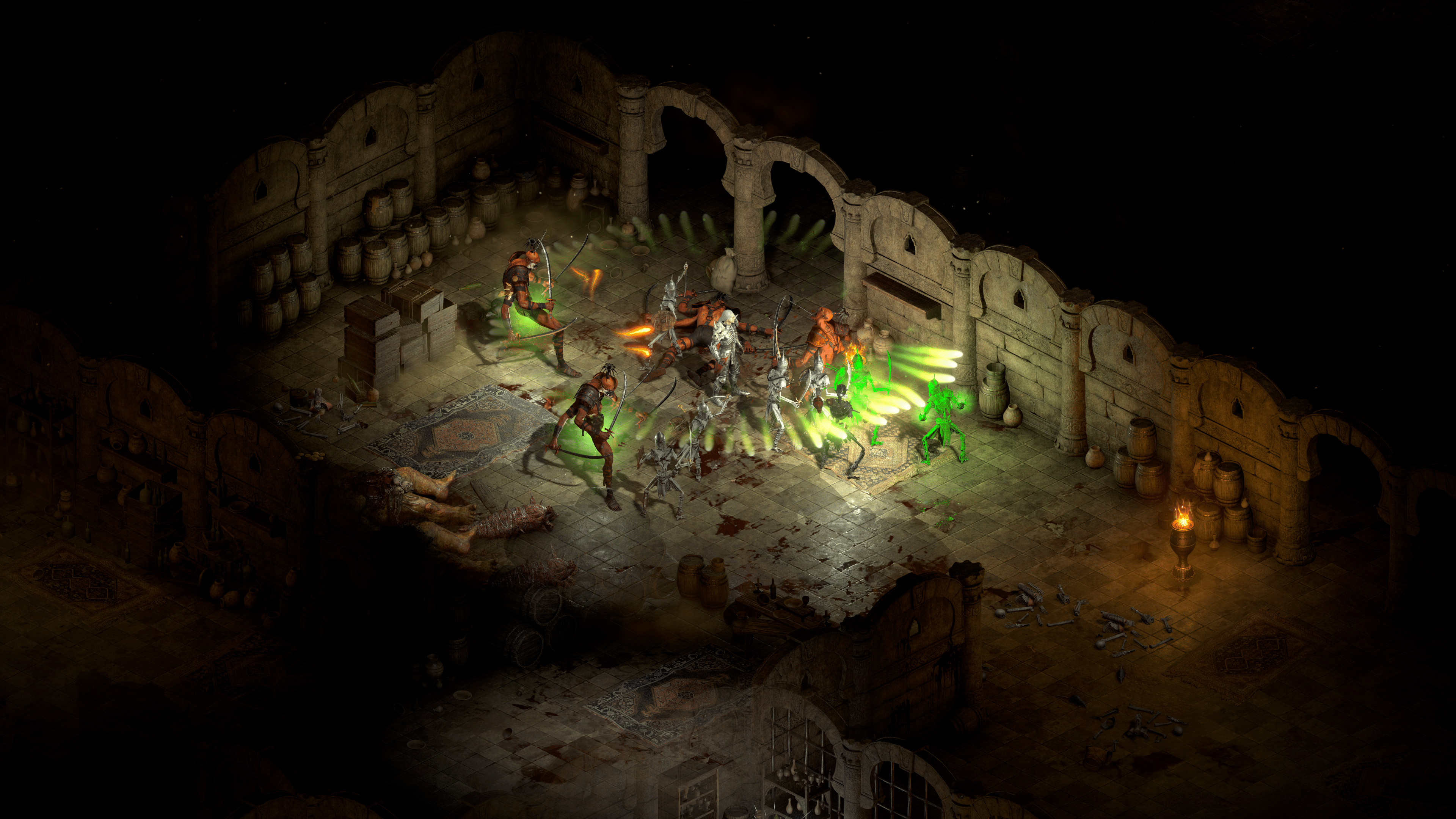 With the original Diablo 2 released way back in 2000, it’s not unheared of that a lot of today’s gamers haven’t played it. Blizzard aims to remedy this with the remastering of the action-RPG aptly titled “Diablo 2 Resurrected.” With Diablo 2 Resurrected, Blizzard has successfully brought the 2000 PC classic to consoles. Successfully adapting the original’s gameplay to console, while still retaining its classic charm. If you haven’t played Diablo 2 at all, Resurrected should be on your radar, though there might be some gameplay mechanics you might find dated. As one might expect, our Diablo 2 Resurrected review touches on the visual improvements, some of the changes Blizzard has made and more.

From a visual standpoint, the Resurrected version retains the art style and overall visual feel of the original. In addition to retaining the original menus and heads-up display. However, the Resurrected addition greatly enhances the visual fidelity, allowing a modern and accessible feel. This is achieved through the completely retextured character models, adding more details than ever before, while still remaining faithful to the original. The lighting and particle effects have also been improved significantly, which helps to greatly enhance the ambiance of the various environments of the game.

Dungeon Crawling and Questing Once Again

While the visual aspects of the game have been improved significantly, virtually all of the gameplay systems, such as combat and leveling, remain essentially the same as the original. That may not be a big concern to anyone who’s a fan of the original’s gameplay, but  newcomers who are used to more modern action RPGs (even Diablo 3) might find the core gameplay unenjoyable, due to Diablo 2’s dated nature. Personally, I found the core gameplay of questing, exploration, and combat to be just as satisfying today as it was in 2000. There’s a reason why this core gameplay cycle has been repeated in so many other games.

While upon first glance the game may appear to be linear, I quickly found that was not the case. As soon as the player steps out of the initial camp they are unleashed upon the world. The lack of quest markers encourages exploration further. This is combined with the quest design itself, which often begins with an NPC describing the location to you in relation to areas around it. Meaning that it is often up to the player to go and seek out the location, rather than just blindly following in a line towards it. I’m reminded of similar old-school RPGs from the time such as Elder Scrolls Morrowind. This approach to quest design is complemented by the variety of locations in the game. Additionally, the quests themselves had a solid flow to them. Each quest revealed more information about the world of Diablo 2 and the events that lead up to the start of the game’s narrative. This information will then usually tie into the next quest, which gives each quest a feeling of narrative purpose. 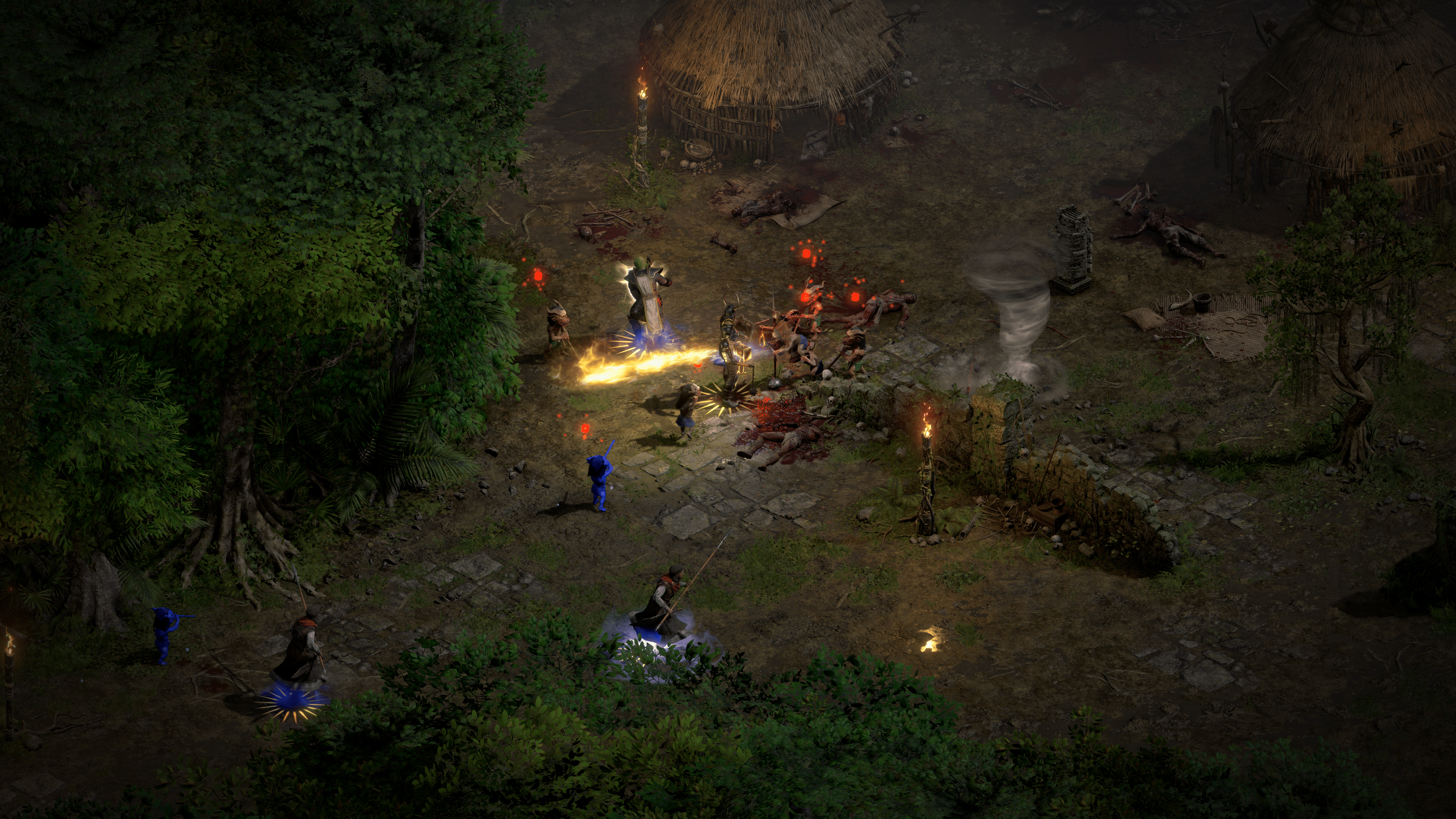 The quests themselves, however, are only one part of the core pillars that make up Diablo 2. The combat delivers on the spectacle of being a fantasy hero. Oftentimes the player will be put up against large hordes of enemies and will have to claw their way through. This is where the other systems of the game such as the various abilities your character can unlock, come into play. As the amount and variety of enemies increases, it becomes more and more important to manage your various abilities; which greatly adds to the combat. The ability to equip different items that can have different effects on your character, or choosing which weapon types to specialize in. Further cements Diablo 2 as a role-playing game, with gameplay that has enough depth to warrant replaying it more than once.

Additionally, the consistent reward for exploration in the form of items, scrolls, or in some cases even new quests, keeps the gameplay interesting, preventing it from feeling meaningless and repetitive. However, while I personally found the loop to be enjoyable, due to its cyclical nature, I wouldn’t be surprised if, for some players, the gameplay becomes quite repetitive.

Bringing the Classic to Consoles

Diablo 2 was originally a PC exclusive, and this is evident in the way in which the game was designed. Despite this, the Resurrected version does a commendable job at adapting the controls of a previously PC game to consoles. I found playing the game with a controller to be virtually effortless. Unlike some other genres, such as with Real-Time Strategy (RTS) games, qhere the transition from keyboard to controller may result in some loss of depth. I did not find this to be the case with Diablo 2, and the ability to bind each ability to any button was something I found particularly helpful. 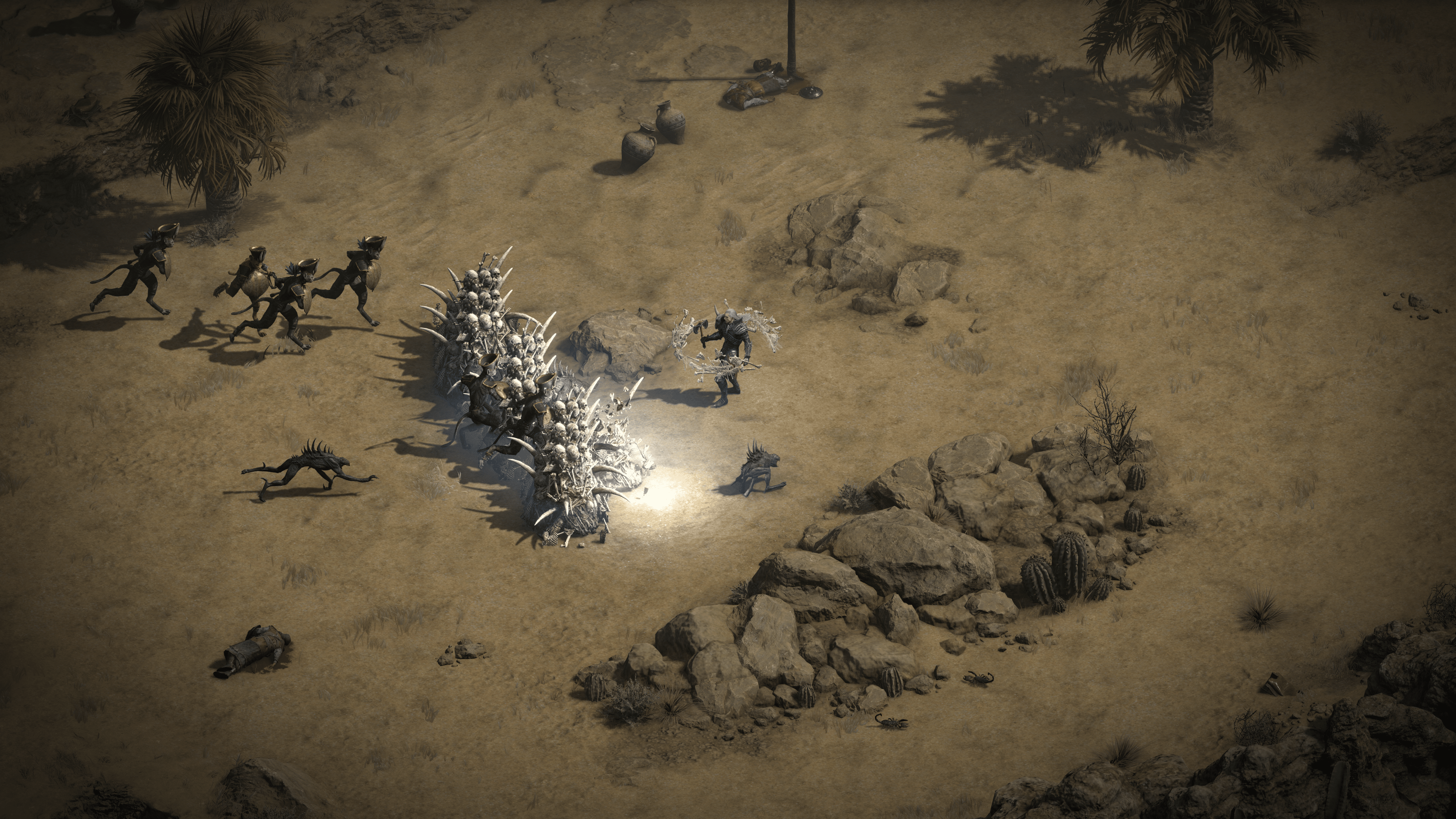 A Diablo 2 Resurrected review code was provided by the publisher. Game tested primarily on PS5. You can read SP1st and MP1st’s review and scoring policy right here