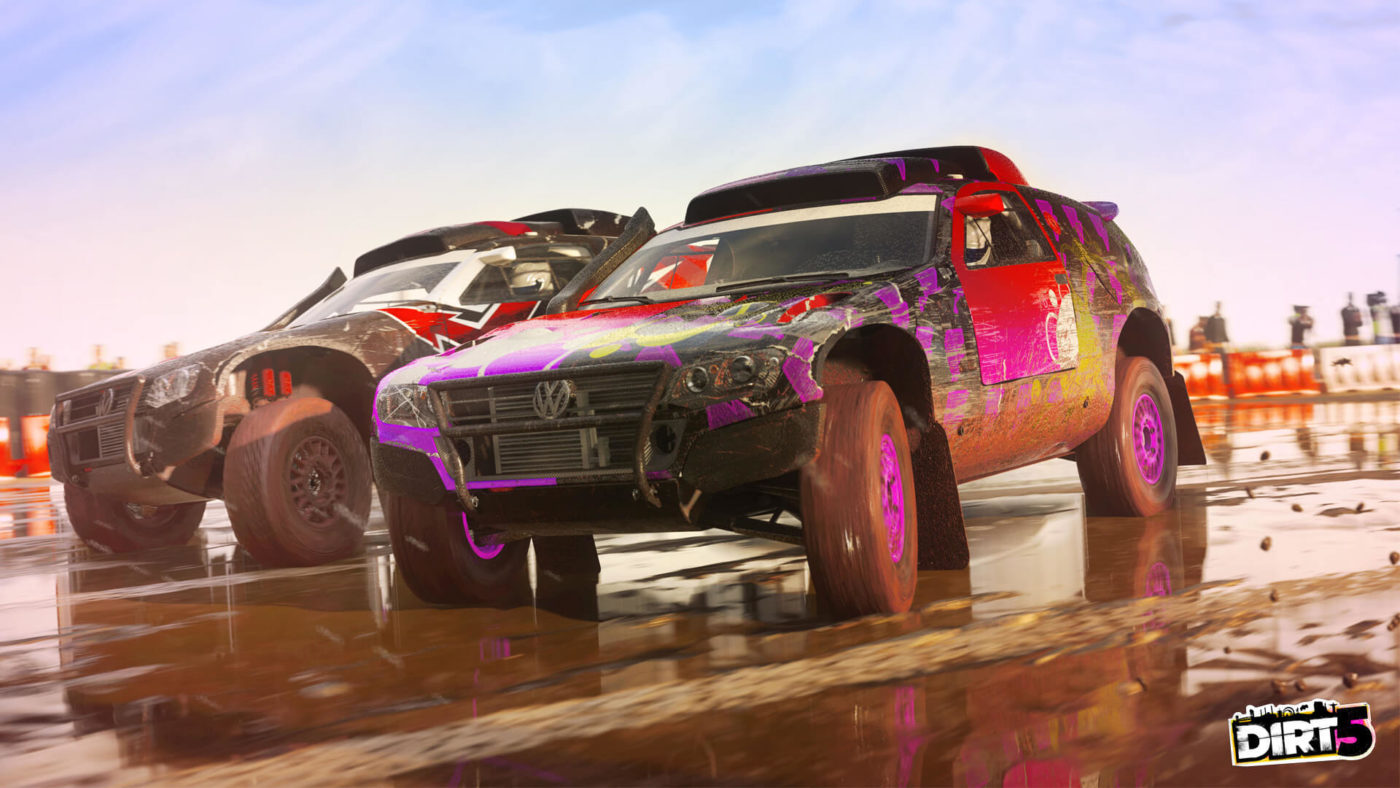 Hot of the track, Codemasters have released some brand-new Dirt 5 gameplay showing off the Cape Town Stadium racing track.

Down below you’ll find over three minutes of new Dirt 5 gameplay published by Codemasters, viewable in full 1440P and at 60 frames-per-second.

Taking inspiration from arena-based action in previous DIRT games, this stadium complex is the perfect setting for some close-quarters racing with jumps, crossovers and a roaring crowd. Take the action through the stadium, the parking lot, and the outer area for a thrilling route, available in Career, Arcade and online play with up to 12 cars on track.

” Cape Town Stadium in South Africa is ideal for both our Playgrounds custom arena creator mode, and atmospheric, technical and flat-out fun races. Going from the perimeter through the parking lot and into the stadium is an exhilarating experience,” said Robert Karp, Development Director, DIRT 5.

Dirt 5 will be racing onto current-gen console on November 6, with the Xbox Series X|S version launching on November 10, the same day of the console releases. A PS5 version is currently planned, though no definite release date has been given other than this year. If you do happen to purchase the title on either PS4 or Xbox One you will qualify for a free upgrade to the next-gen versions once they have been released.