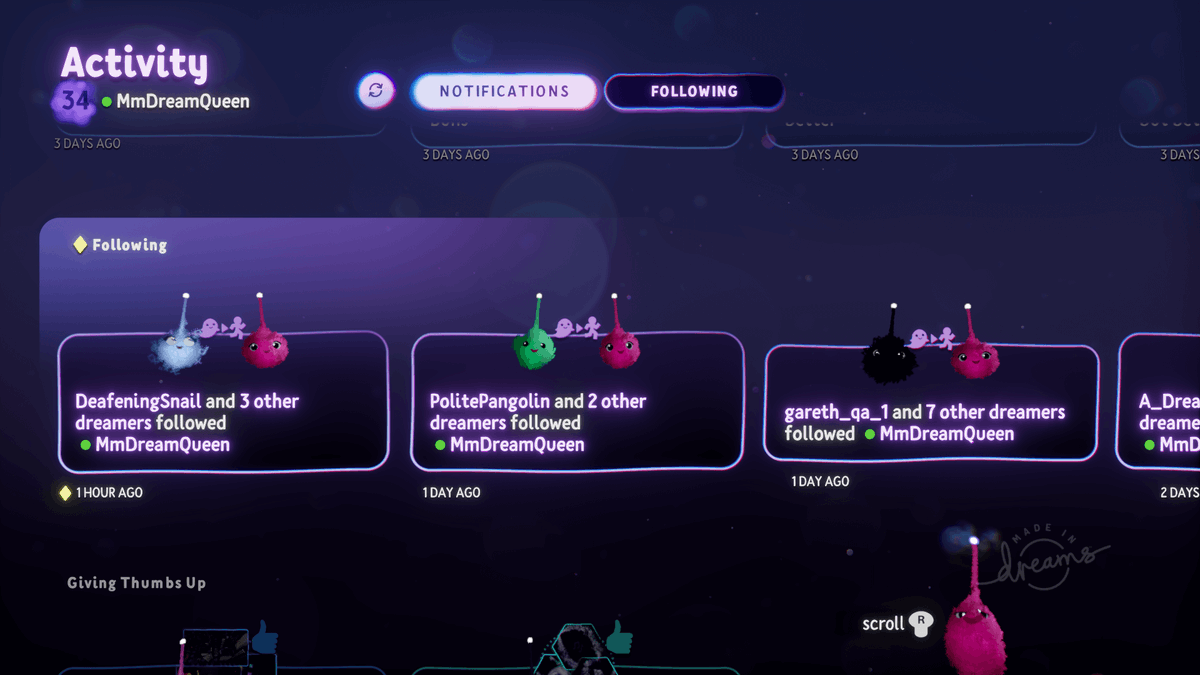 Media Molecule is continuing their excellent post-lauch support of game creating game, Dreams! The Dreams update 2.21 February 10 patch is also called “The Impys Update” by the devs, and is obviously for Impys features. Aside from that, there are also new little additions that should make the game experience better for gamers.

Not a bad update. Stay tuned for the latest Dreams updates here on MP1st.