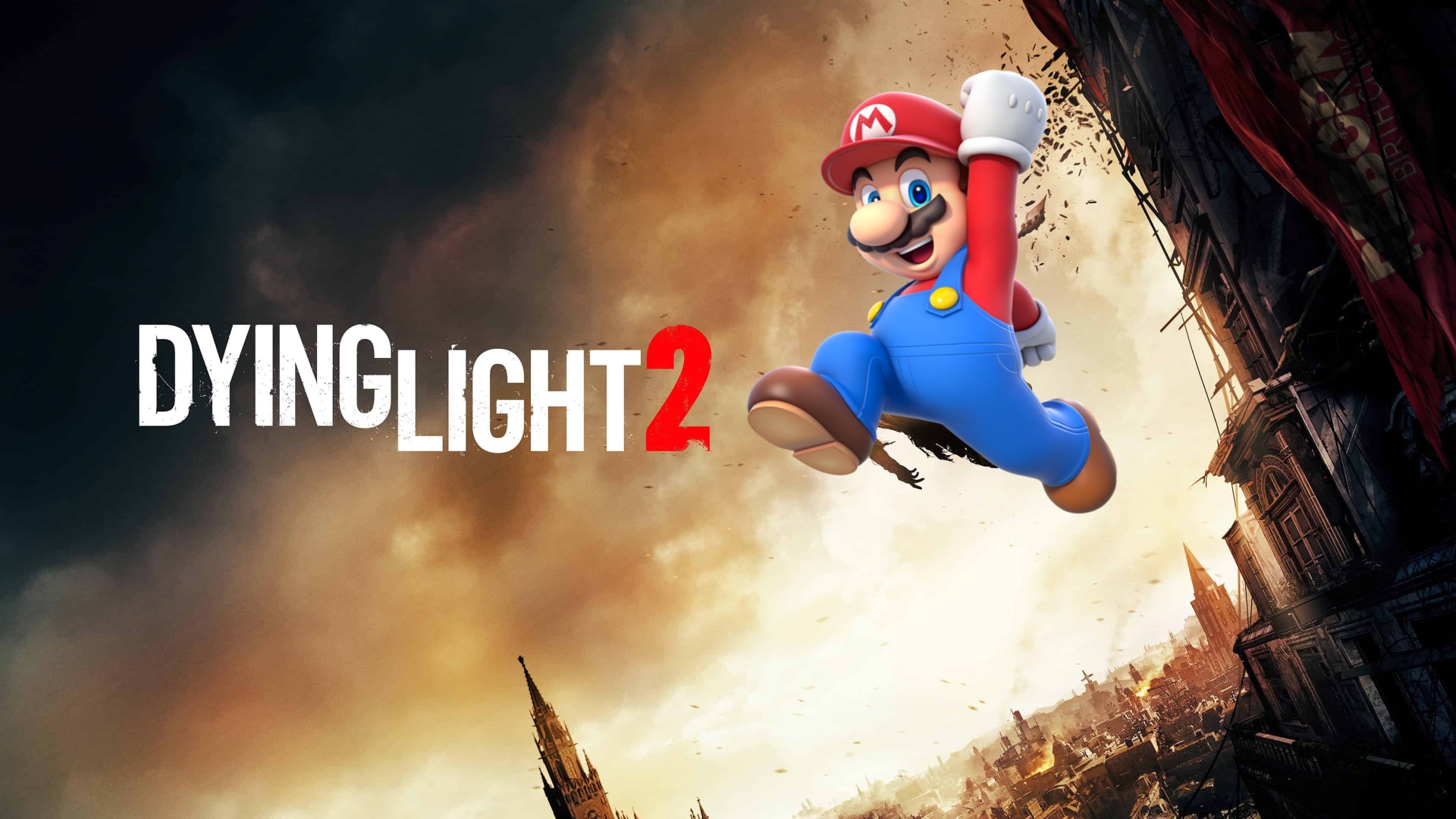 Remember how in the original Dying Light there was an Easter egg that was based on the Super Mario World 1-1 level? Well, seems like Techland isn’t done with paying homage to the series as a neat little Dying Light 2 Super Mario Easter egg has recently been discovered, and using the Italian plumber’s sneakers grants one of the character’s hallmark moves.

While the Super Mario Easter Egg in Dying Light 2 isn’t as crazy as a full level recreation that was found in the first game, it is a bit of cool, if not hilarious, one as it grants players the ability to perform Mario’s triple jump flip move. And guess what? It turns out that Aiden, the main character that you play, is in fact headless, despite his shadow showing one! 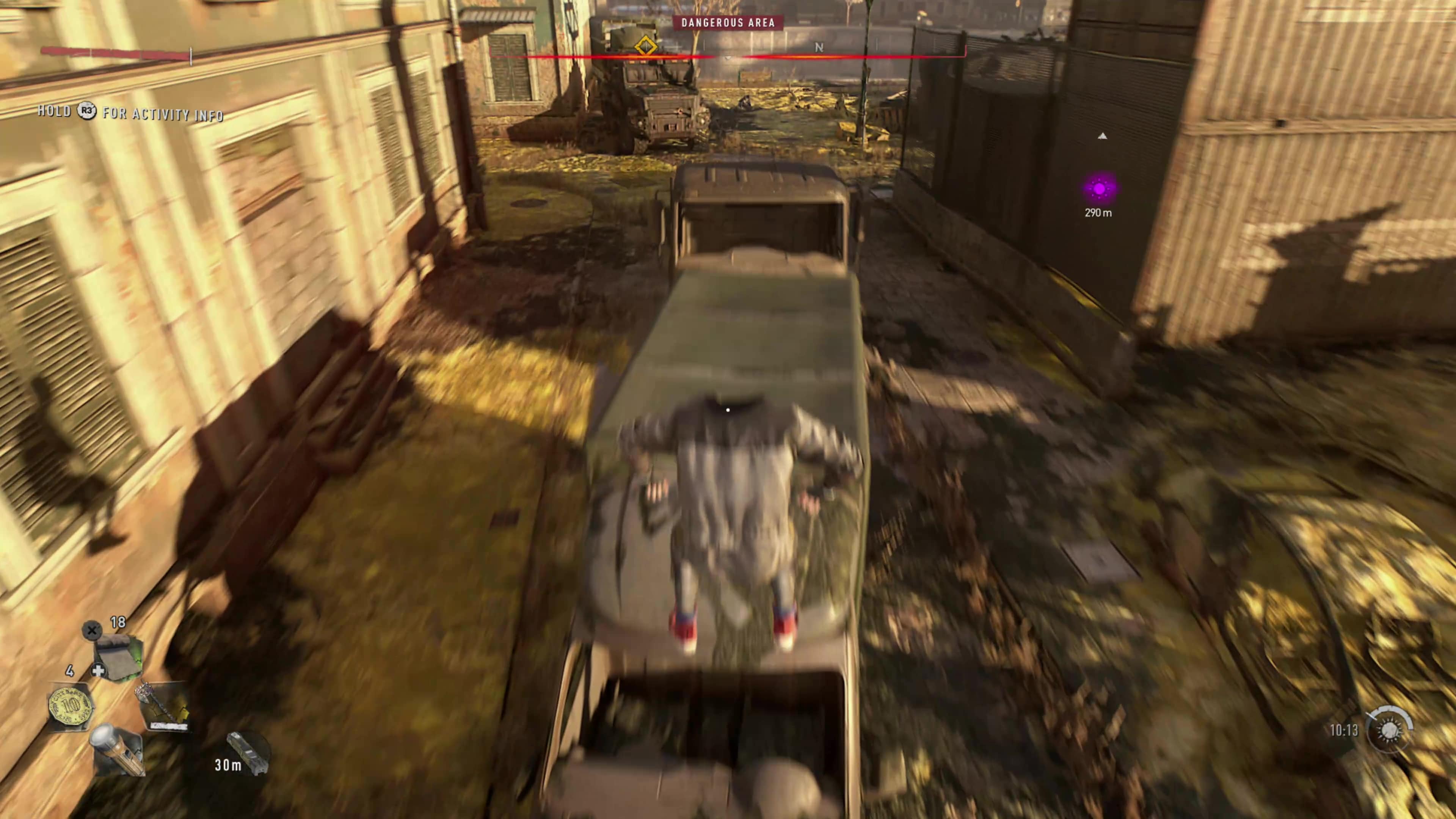 Anyway, if you are looking to unlock this Easter egg, here’s a quick guide.

First, if you are early in the game and haven’t unlocked the second portion of the map then you’ll need to keep playing until you do. Mario’s boots are located in the second half of the game, so you’ll need to do a bit of playing. If you have already unlocked this section, then all you need to do is go this marked location on the map. 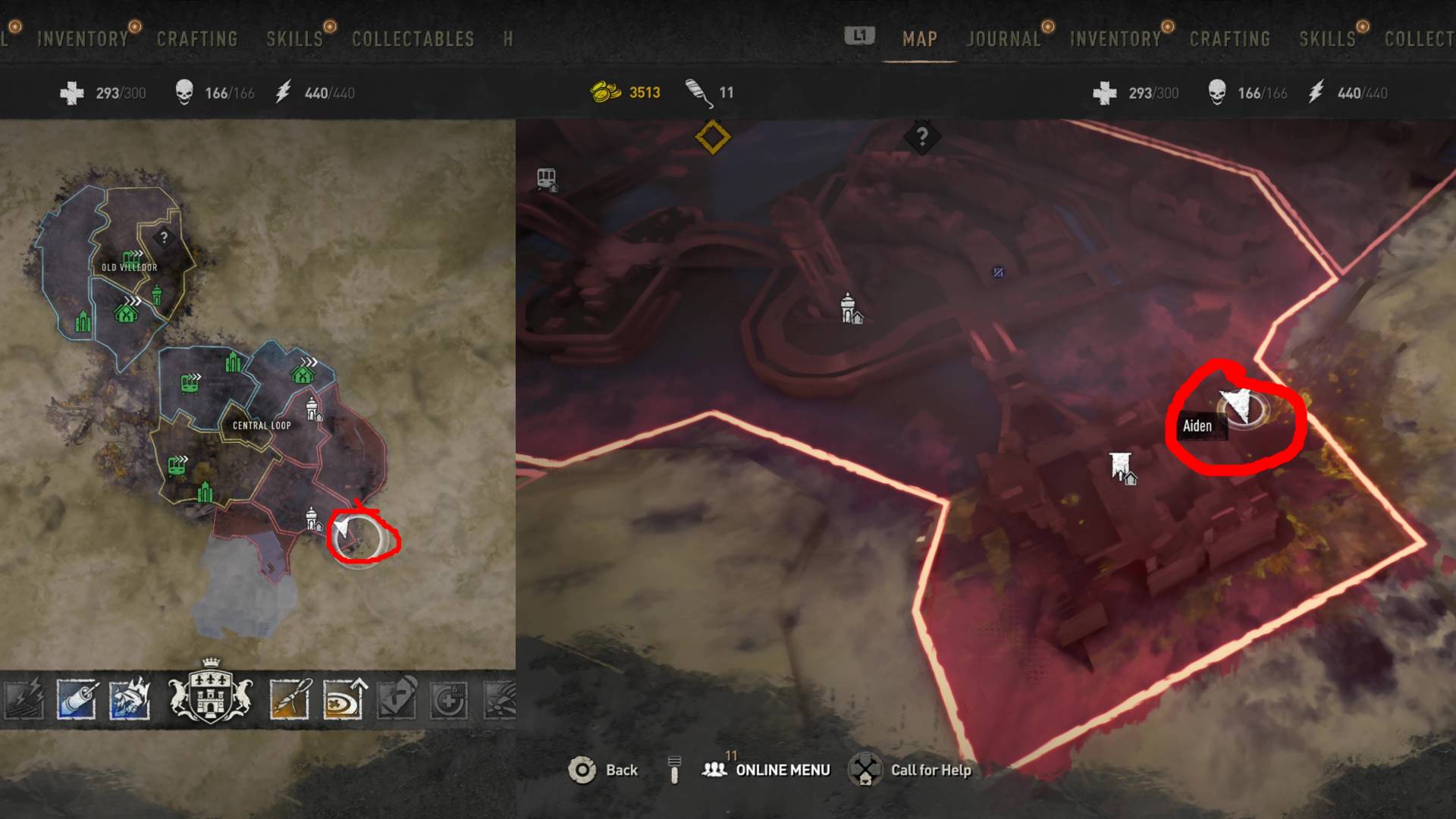 Once here, you should spot a number of shipping containers with one of them suspended with a locked door. You’ll need to parkour to it and then pick the lock. 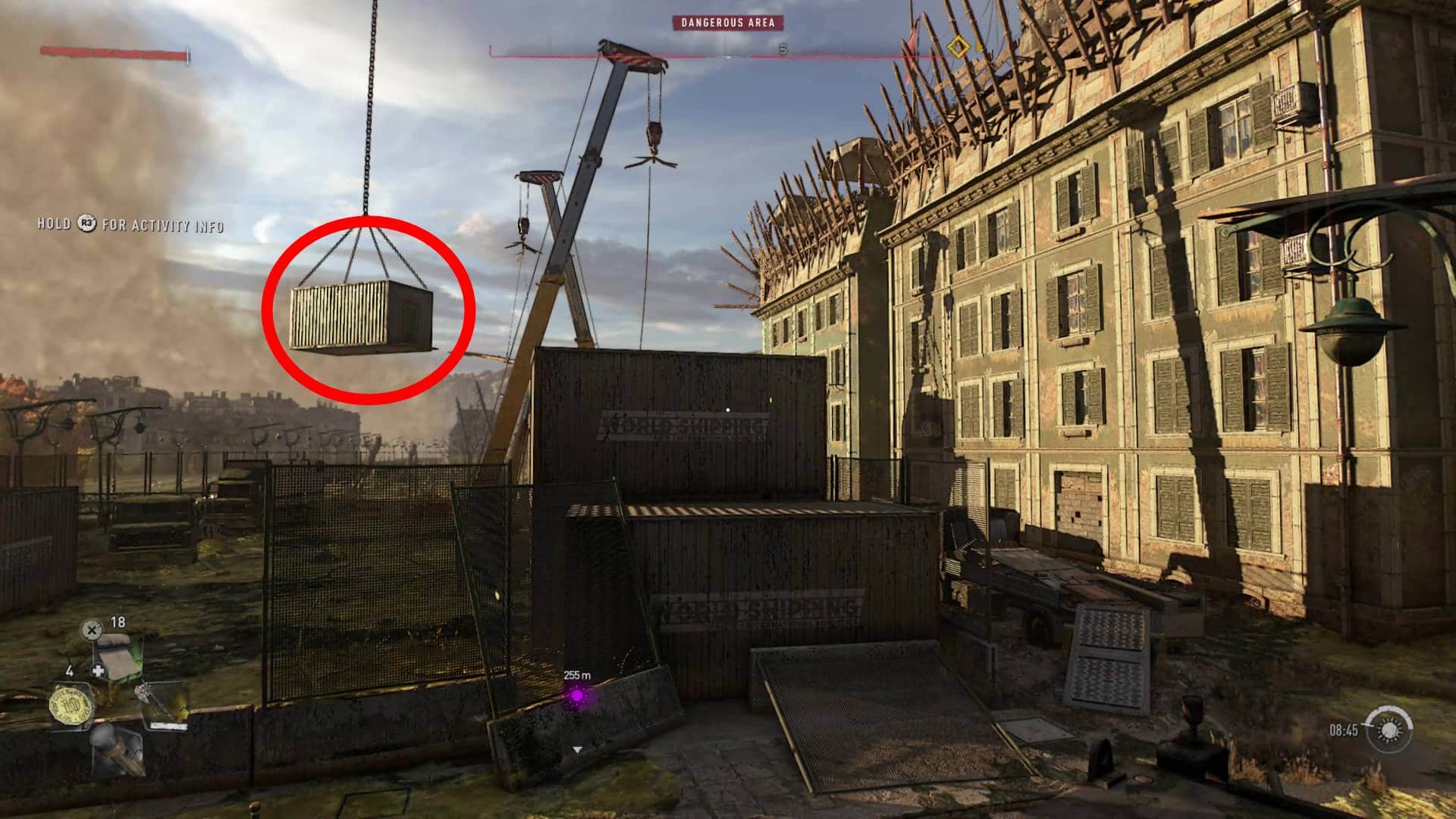 Once you do, you’ll find yourself inside a room that belonged to a character that Dying Light fans should know. I won’t spoil it, but you will want to turn on the music player in this room and then sit on the cushion and listen to the full conversation that plays. 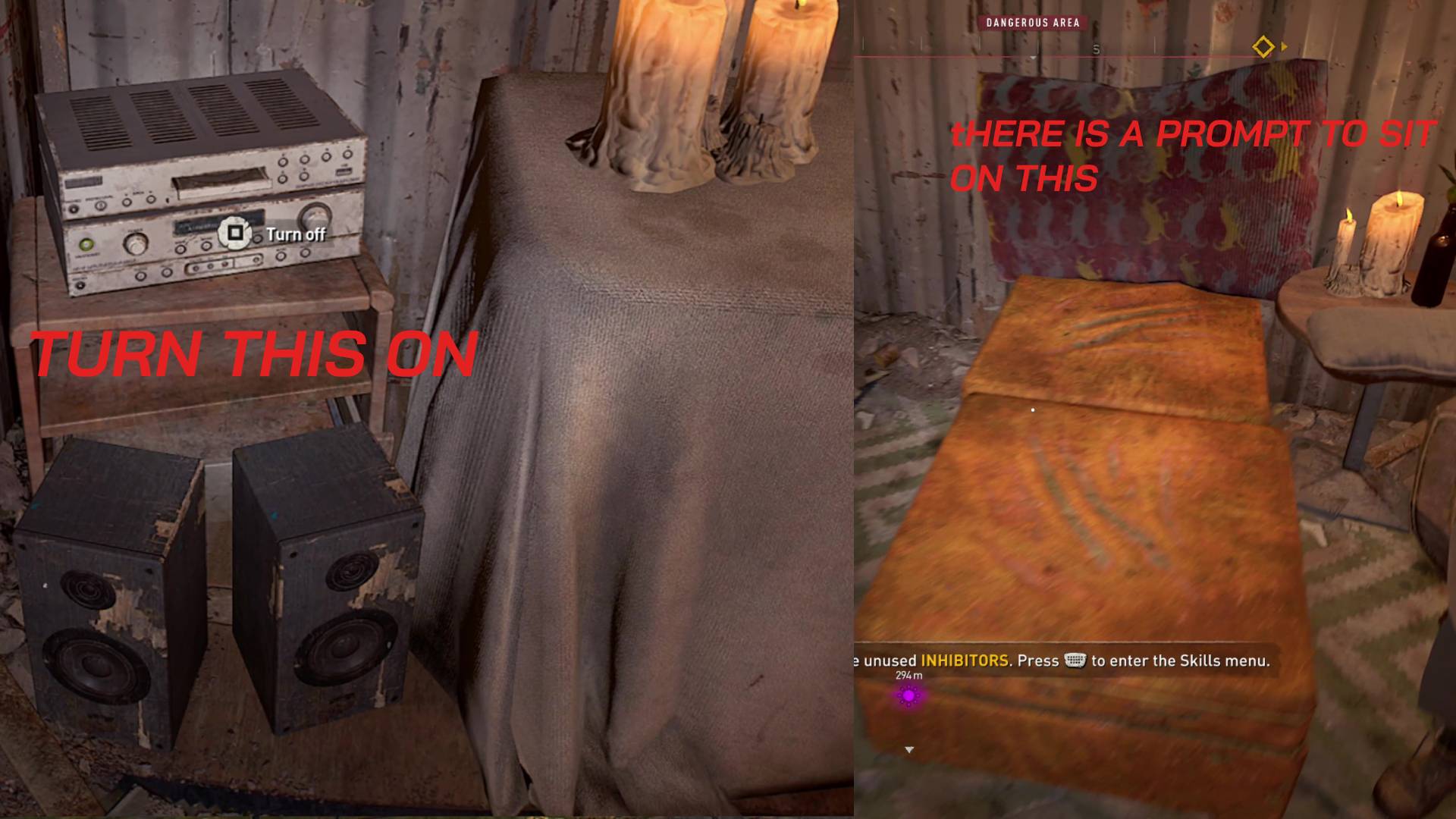 Eventually, towards the end of the conversation you will see a bolt of electricity surge on the table next to the music player and a gift will teleport on top of the table that contains Mario’s boots. 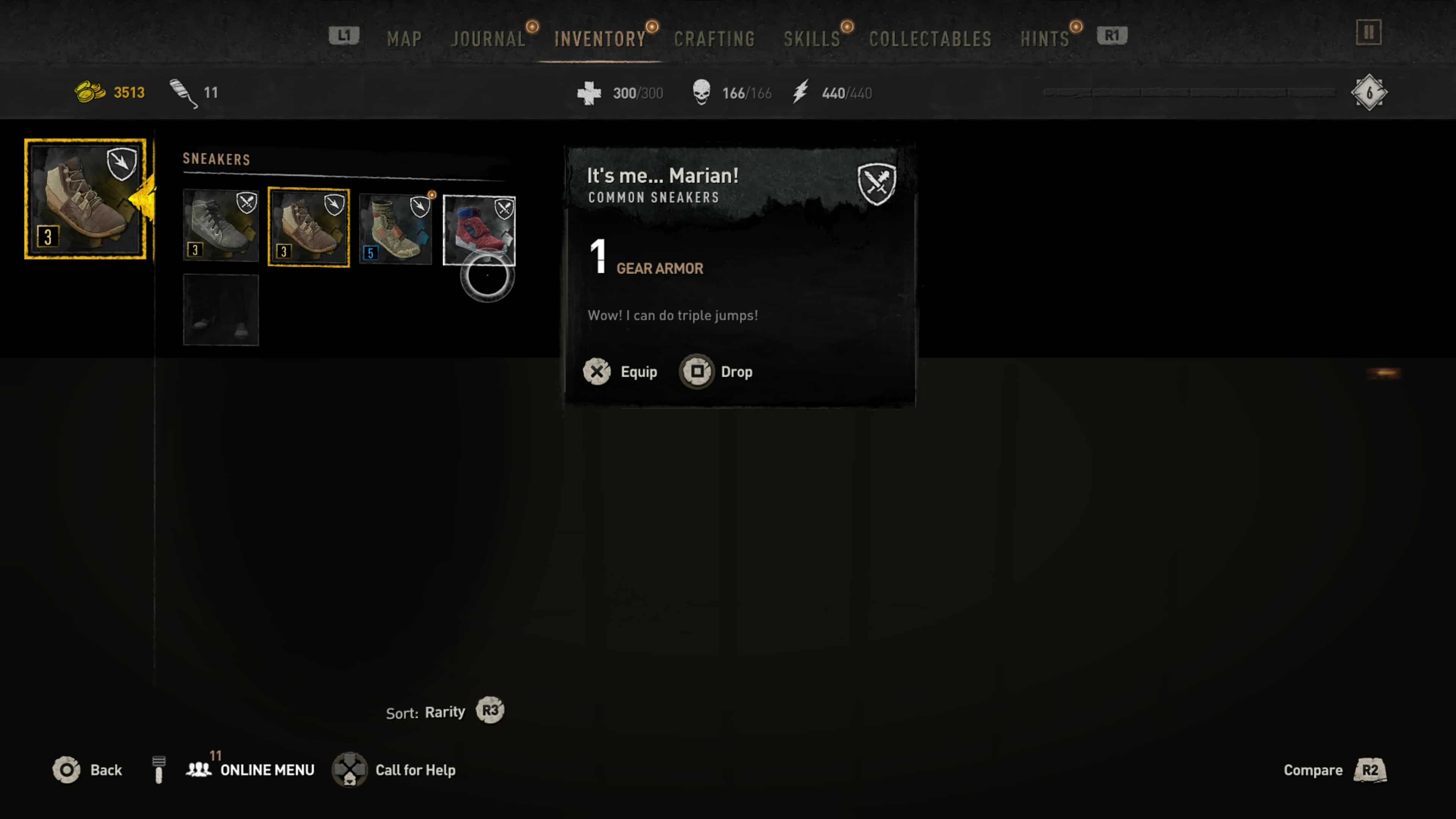 Equip them, and for every third consecutive jump you make you will do a front flip with a sound cue along with Aiden laughing. The third jump will also change the camera to third-person momentarily. And that’s it, you have successfully unlocked Mario’s boots and witnessed the Dying Light 2 Super Mario Easter egg. Not bad, no?

If you stll haven’t picked the game up yet, go read our review and see why it’s a must-play game!

GTA 6: Here Are the Top Locations We Want to See in the Next Installment