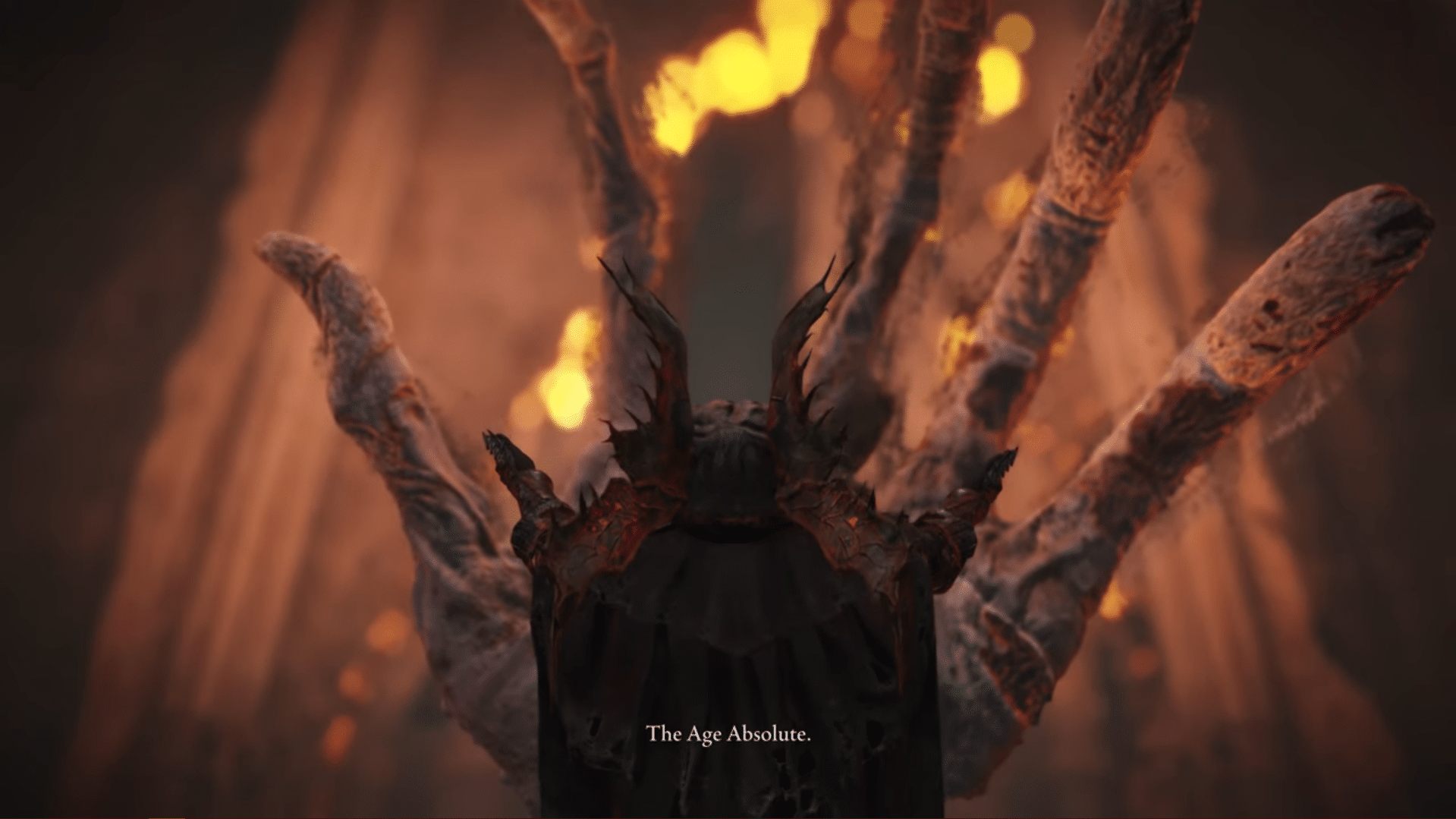 Elden Ring is not lacking in terms of the ending department, as it boasts six different endings that can be acquired through various and often convoluted ways. However, it appears that FromSoftware originally had a 7th ending planned for Elden Ring, and this one is an incredible culmination of the game’s lore, all discovered through modding in cut content.

The video comes from Garden of Eyes, who posted a cutscene of the ending on YouTube. Called “Age Absolute,” this ending involves two distinct paths the Tarnished one can take: one under the guidance of the Two Fingers, instruments of the Greater Will, and the mysterious Three Fingers, who are hellbent on the destruction of everything, starting with the Erdtree. Check it out below.

As shown in the video, the ending is fully animated via cutscene and voiced as well, meaning that it had to have made it at some point in the game before being ultimately cut off. It looks stunning, and is an amazing culmination of the lore of the Two and Three Fingers, now combined to make a gigantic Hand that rules over both Order (Two) and Chaos (Three).

All of that said, it’s still possible that we may see this ending come as actual content in the future; a recent patch for Elden Ring restored some quests for several characters in the game, and maybe FromSoftware has something planned for the Age Absolute for players to see. With how expansive this game is, it’s hard to believe that there’s still a ton we don’t know, and it’s exciting to see what’s the next big discovery is for Elden Ring.

Rust Update 1.32 Patch Notes; Out for Huge List of Fixes This March 31

Fall Guys Update 1.40 Runs Out for Fixes and Content This March 31