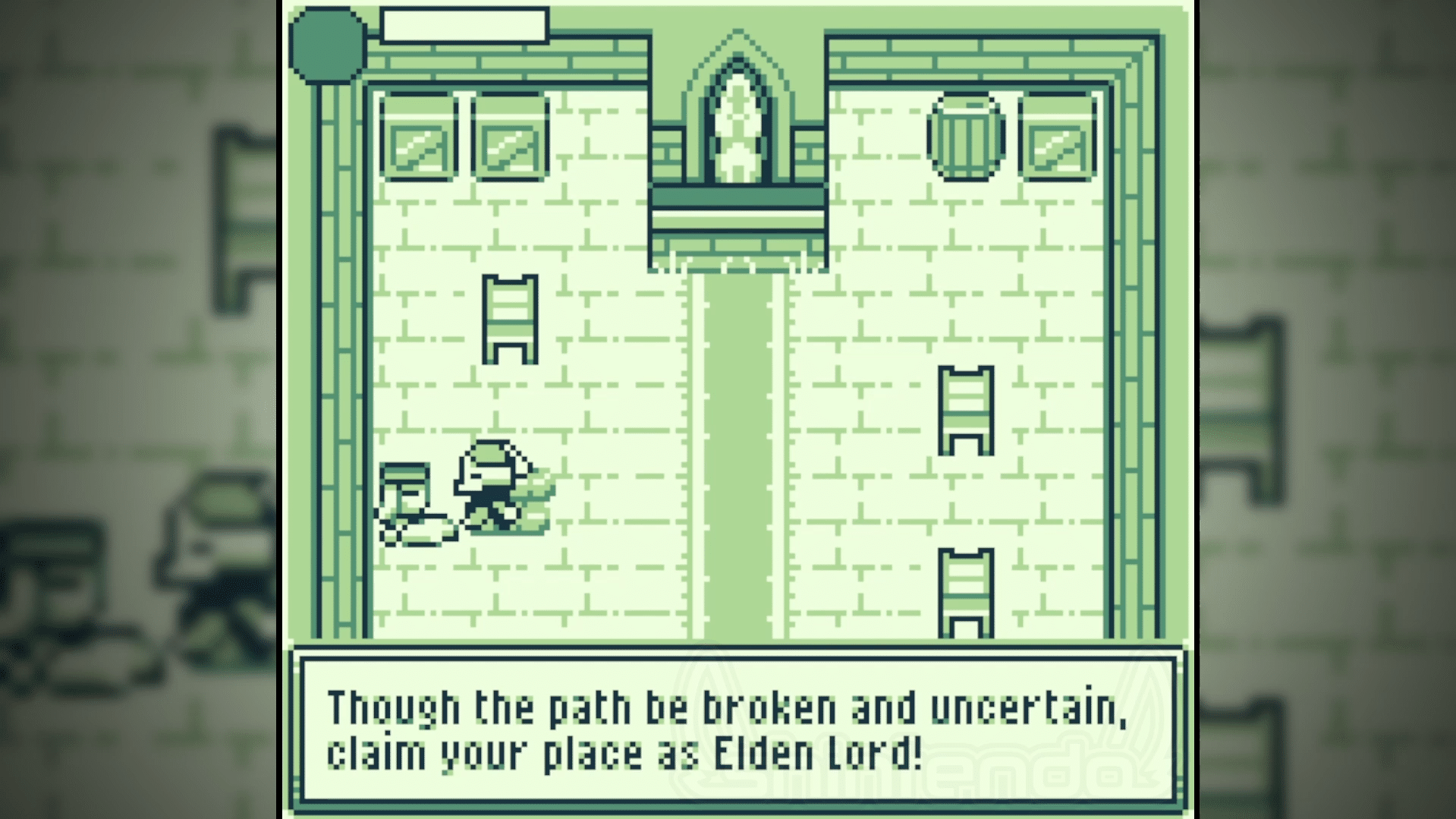 Demakes are all the rage nowadays as the current gaming crowd grows nostalgic for the earlier days in video games. We’ve seen Bloodborne PSX already, so here’s a sneak peek at the Elden Ring Game Boy demake, currently being developed by an avid fan of the critically-acclaimed title by FromSoftware.

If you’ve ever wondered how Elden Ring will look like if played on a Game Boy, then wonder no further. The demake looks and plays like Pokemon, but at another glance you’ll see telltale signs of Elden Ring flourished into the game. Check out a video of the demake in action below.

Posted by -shin-, the footage opens up immediately in the Church of Anticipation, and follows the first few minutes of the game as the Tarnished maks his way to the first boss, the Grafted Scion. You can roll and attack as well, although it remains to be seen if things will get further complex in terms of controls; -shin- mentions that the game will work on real hardware, meaning that your input options are quite limited.

Here are some more details on the game as he laid out in the original Reddit post:

I’m using GB Studio 3.0, a really impressive and brand new piece of software to develop this game. I haven’t decided on the scope yet, but I am at least hoping to finish Limgrave area by the end of May.

If you want to keep up with development or have any questions, I will be streaming some of my development over at https://www.twitch.tv/shintendotv, first stream starting about 3 hours after I made this post. Hope to see you there. I will also be posting updates on my Youtube channel if you prefer that. https://www.youtube.com/c/shintendoyt

In case you missed it, the other FromSoftware demake, Bloodborne PSX, is now available free-to-play on PC. Check it out here.