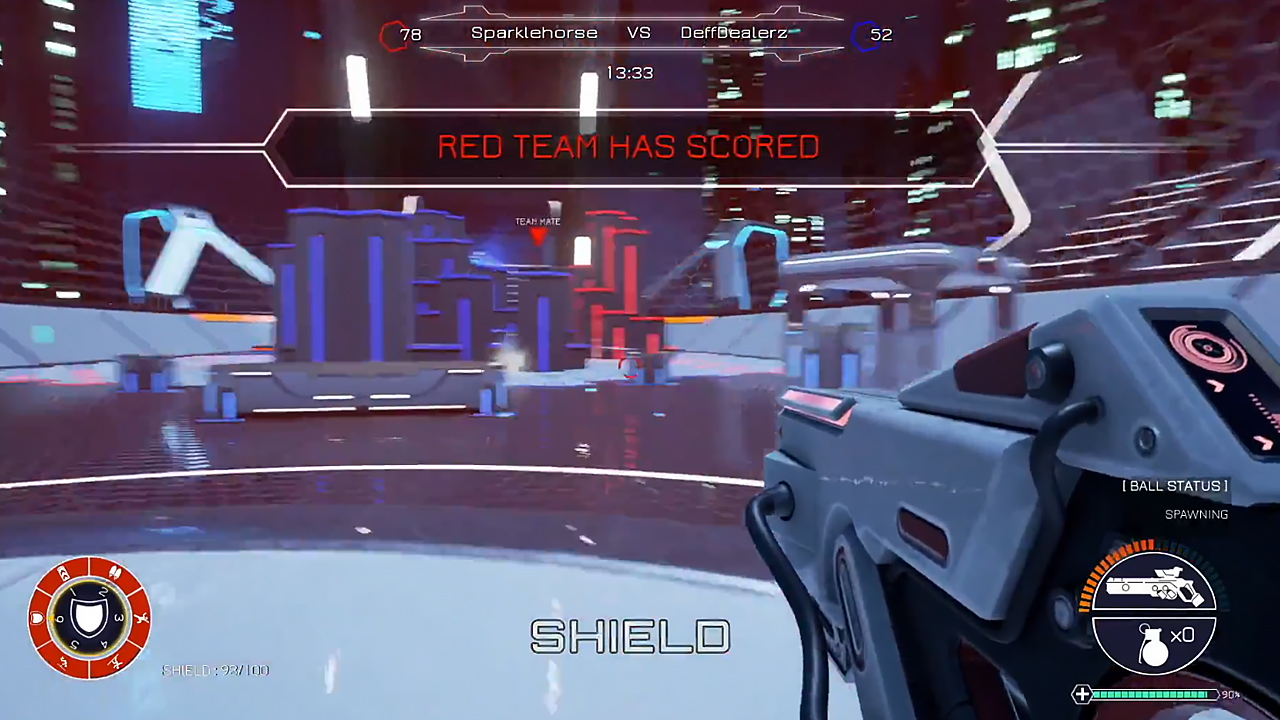 Elevate Combat League will release on PC, PlayStation and Xbox One, with a release date to be announced later.

If the trailer asks more questions than it answers, here’s the game’s full description via official press release:

Independent developer, Atomicom, has today announced the development of its latest title, the sci-fi, sports-arena shooter, Elevate Combat League. In the game, players can sculpt the arena to their advantage using exciting skills and weapons. The game’s flagship mode is a deadly contact sport where players will fight for control of a ball with which they can score goals.

In the year 2097, a groundbreaking championship was created for mass entertainment. Soon after, all other sports became obsolete and the Elevate Combat League was born. Within this now dominant sport, armed athletes called Grid Runners fight each other individually or in teams on high-tech sculptable arenas. Players are given skills in order to best their opponents including sculpt, grapple, climb, surf, shield and jet pack. They must utilise their expertise across challenging team and solo modes.

Elevate has been built from the ground up for evenly-matched competition with characters balanced by rank. Players are also able to compete in online leagues based on their ranks. As players rise through the leagues, their skills begin to last longer, resulting in increasingly spectacular encounters. Elevate takes the classic futuristic aesthetic of sci-fi sports and gives players of any level a unique experience. You can never take your eye off the ball…or the arena.

The studio is also working with Lotus TV Macau who will be building a TV series around the game which will air during launch across Southeast Asia. The Lotus league will be a unique league within the game offering high end prizes and live eSports events.

Looks unique, that’s for sure!

This Battlefield: Bad Company 2 Montage Takes You to Hell and Back