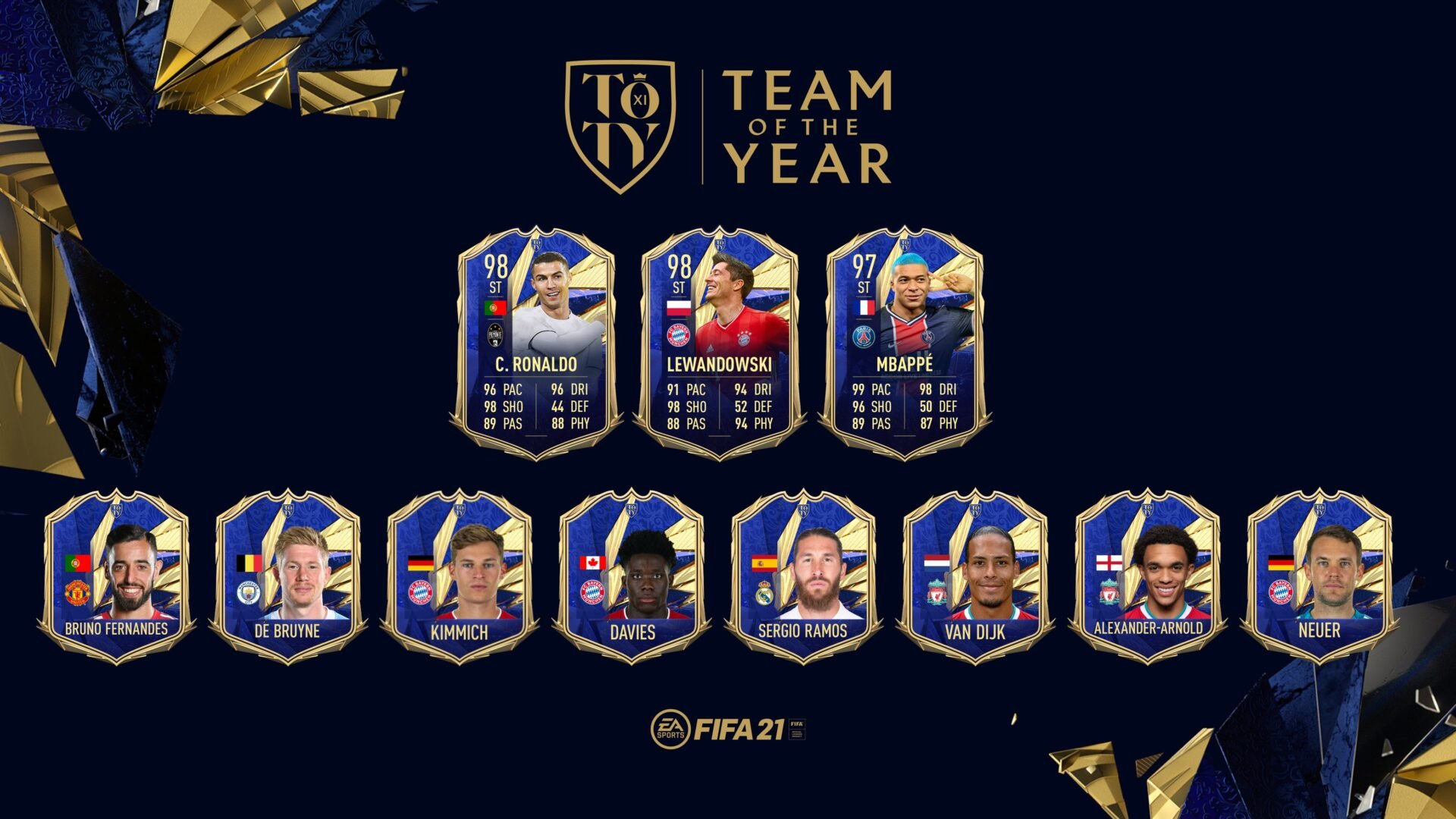 Electronic Arts has finally announced the long-awaited FIFA 22 Team of the Year! The Team of the Year player items will be live in the FIFA Ultimate Team game mode, starting with attacking players on January 21, 2022.

Without further ado, here are the players for Team of the Year:

In case you missed it, Electronic Arts also unveiled the EA Play January 2022 rewards for Battlefield 2042 and Apex Legends, and you can check those out here.