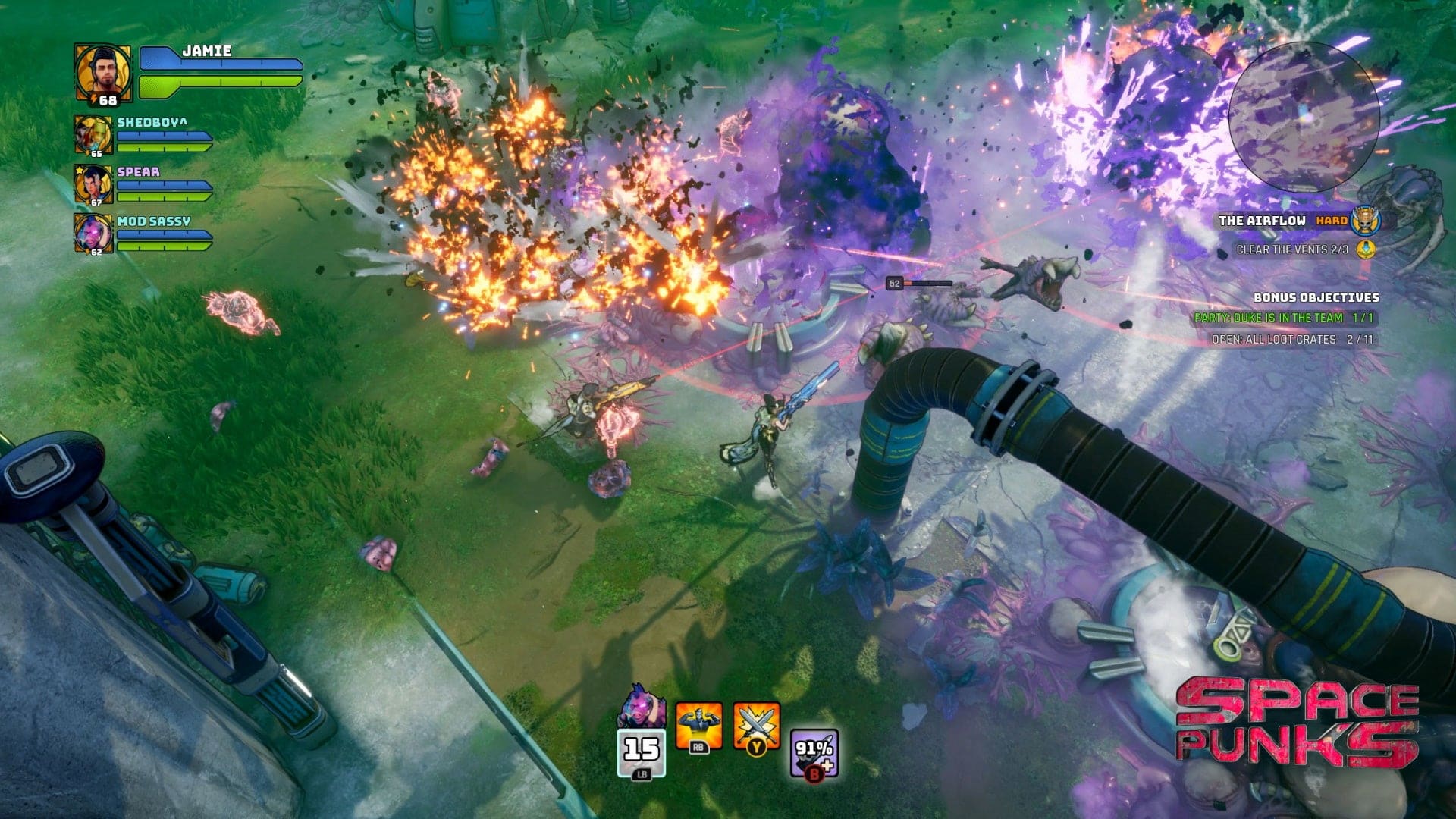 With Space Punks confirmed for a console release in 2022, it looks like Flying Wild Hog is going to make sure it runs as smooth as it can on next-gen (PS5, Xbox Series) at least in terms of frame rates.

Speaking to MP1st during a recent press event, Lead Programmer Dawid Romanowski, and Design Lead Bartek Schweiger gave us a bit of insight into the console development of Space Punks. Both studio staff confirmed that while the game is currently only available as early access on, its console counterpart is already being worked on during this phase, with Dawid adding that they feel confident that it will release in 2022 for consoles.

MP1st: With early access being for PC only, does this mean that current development is solely focused on that version, or are all platforms being developed at the same time?

Dawid Romanowski: Consoles are already being worked on 😉 That’s the reason why we’re so confident in saying we’ll release on all platforms in 2022.

MP1st: We know the console version coming out next year, how does that work on the development side things? Is it that you are focused on the PC version and will later port it, or are they being worked on at the same time and as early access gets updated so do the console versions, eventually leading to that 1.0 release?

While the team isn’t quite ready to talk about specifications of the performance of Space Punks on console’s, Dawid did reveal that the team would not settle for anything less than 60fps on both the PS5 and Xbox Series.

MP1st: What’s the target performance and resolution for next-gen consoles?

Dawid Romanowski: Current work is still focused on last gen, as we plan to support it fully. But we won’t settle for less than 60FPS.

Space Punks is now available as a paid early access, exclusively on the Epic Game Store. An open beta is planned for this winter, with the full free-to-play experience launching sometimes in 2022 along with the console versions.

Be sure to check back here later this week for more Space Punks news, including an exclusive interview with Flying Wild Hog’s Krakow team!