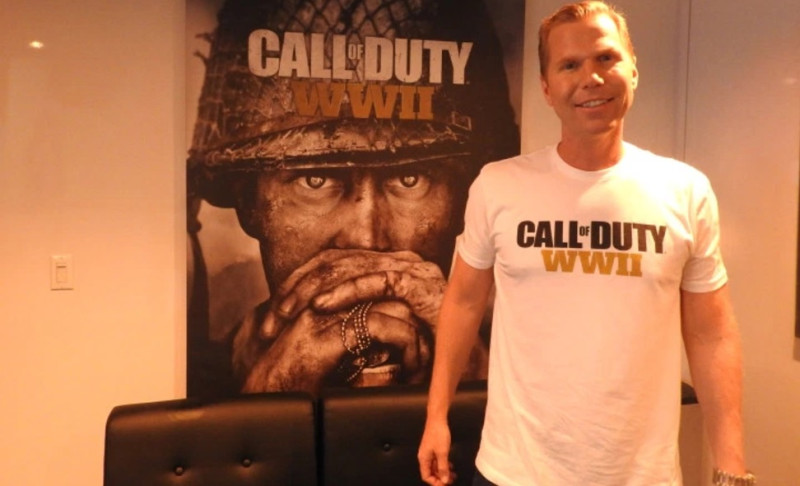 Here’s something that might come out of left field: Michael Condrey, the studio boss at Sledgehammer Games which developed  Call of Duty: WWII, has left Activision and is now the President of New Game Development Studio at 2K Games.

In the press release sent out by 2K Games, it’s mentioned that Condrey will “build and lead a new development team to work on an unannounced project.”

Condrey definitely has a beefy resume with more than 20 years of experience in the industry, with his last stint at Activision seeing him spearhead Call of Duty: WWII (2017), COD: Advanced Warfare (2014), and COD: Modern Warfare 3 (2011). In addition to that, Condrey also “led” the creation of a little known franchise known as Dead Space.

Here’s what Condrey had to say regarding the announcement:

Great games come from the passion of a team driven by the pursuit of quality and the empowerment of an independent studio model. 2K’s studios have creative and technical autonomy, backed by a world-class infrastructure of support, and that offers the perfect recipe to build a new studio and craft experiences that will lead the next generation of gaming for fans everywhere.

David and the dedicated people at 2K and Take-Two have an extensive history of rich and established brands, as well as a long tenure of executive leadership committed to supporting the ambitions of their independent studio teams.

Will Condrey bring his first-person expertise to 2K? Your guess is as good as mine at this point. Whatever he’s working on, we wish Condrey the best of luck.