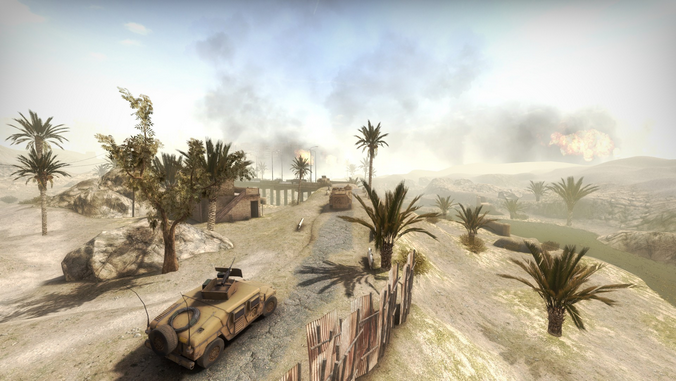 While crashing and optimization fixes are a top priority at NWI, it doesn’t hurt that this week’s update launches with a healthy dose of free content.

Buhriz, the first of two new maps to be unveiled in a recent Steam blog update, is a larger-scale combat zone based around a small village with deadly rooftop vantage points. Check it out in action on an updated version of Insurgency’s Strike game mode:

Here’s another Buhriz gameplay video showing off some co-op action:

Speaking of co-op, the Molotov Spring update aims to improve Insurgency’s AI enemies and level design configurations in order to “prolong the action and create more challenging cooperative play,” says the studio. Expect bots to throw smoke grenades, frags, molotov cocktails, and even wield RPG launchers. Here’s another video showing off some of the updates to co-op:

Keep an eye out later this week for more details on Insurgency’s Molotov Spring update.

Be sure to read up on our review of Insurgency to find out what we think of NWI’s shooter.

PSA: Resistance – Last Chance To Fight With The Resistance Before Servers Shutdown Forever